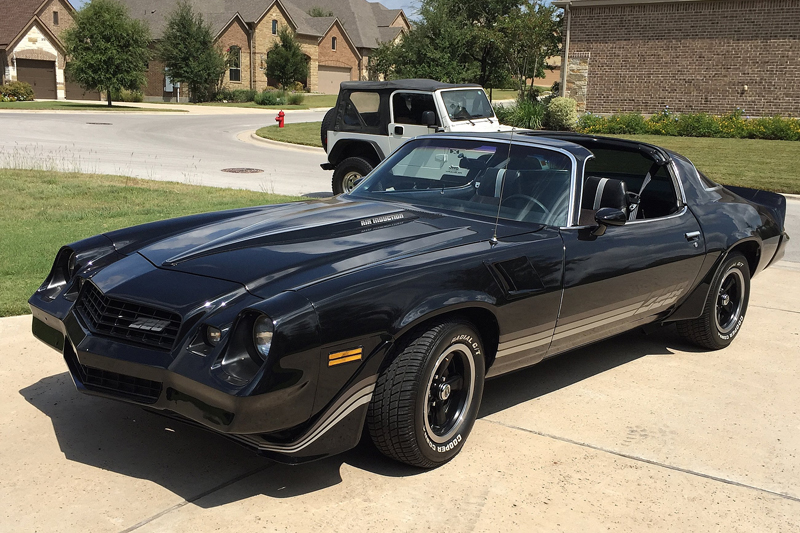 Our 1979 Chevrolet Camaro Z/28 Project has already been through a couple of transitions. If you remember the 1970s and the battle with emissions, then you probably remember that classic musclecars of the ’70s, like this Camaro, were pushing about 175 horsepower – not real impressive, especially by today’s standards.

That number, however, has been more than doubled; it’s now pumping out 385 horsepower at the crankshaft, thanks to the Blueprint Engines 355 small-block that we picked up from our friends at JEGS. With the additional 210 horsepower, we were starting to find the weakest link under the car and that was the tired Saginaw 4-speed transmission. 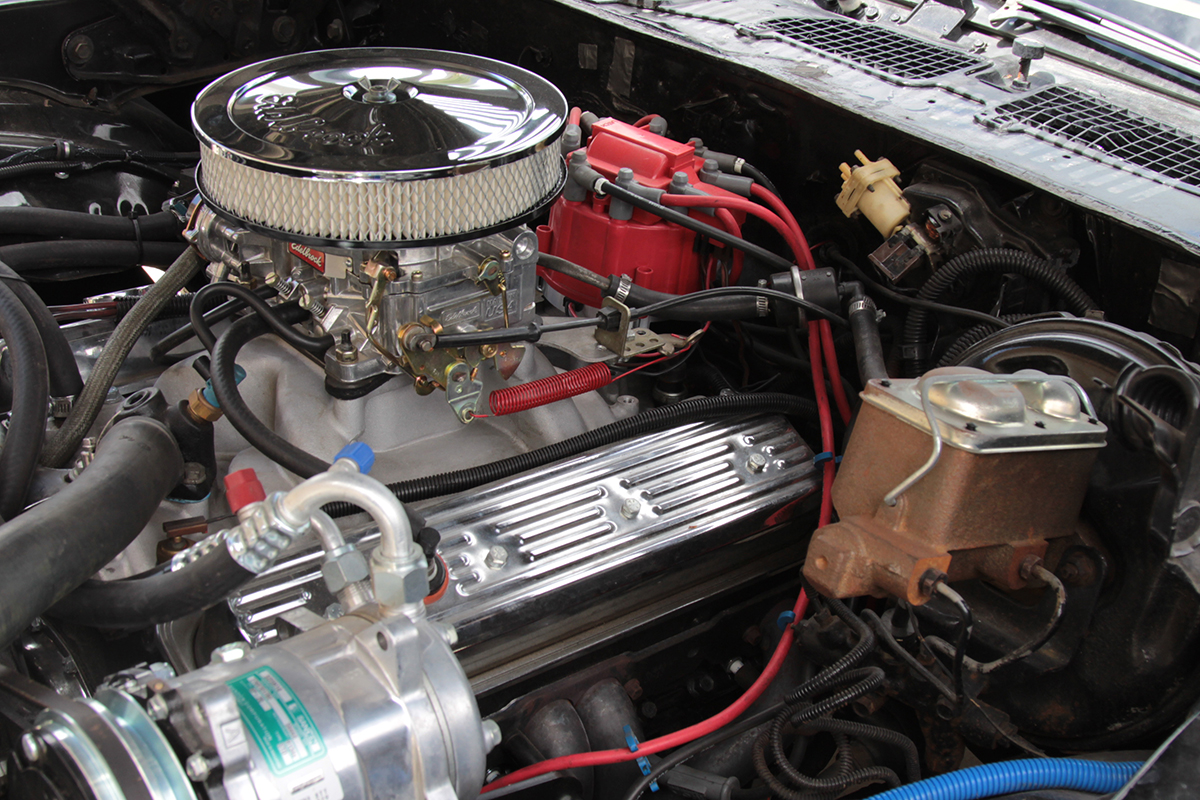 It was the 1970s, and horsepower was replaced with fuel economy. This Blueprint small-block woke up the Camaro and it’s earning its ‘Z’ status.

Finding a Muncie to rebuild means time and money; hours spent looking for a good core, finding a shop to rebuild it, then waiting for the can of worms to be opened before we can find out what needs replacing. We found rebuilt units were going for close to $3,000 but that doesn’t include the clutch, the bellhousing, the driveshaft, all the hardware, or the crossmember. It all adds up quickly.

We made a call to our friends at Dyno Trans, in Temecula, California, about doing a Tremec swap and the vibe was positive. Being a preferred installer for Silver Sport Transmissions (SST), we decided the PerfectFit Kit was going to be our best option, and we contacted Jeff Kauffman, VP of Sales and Marketing for SST. 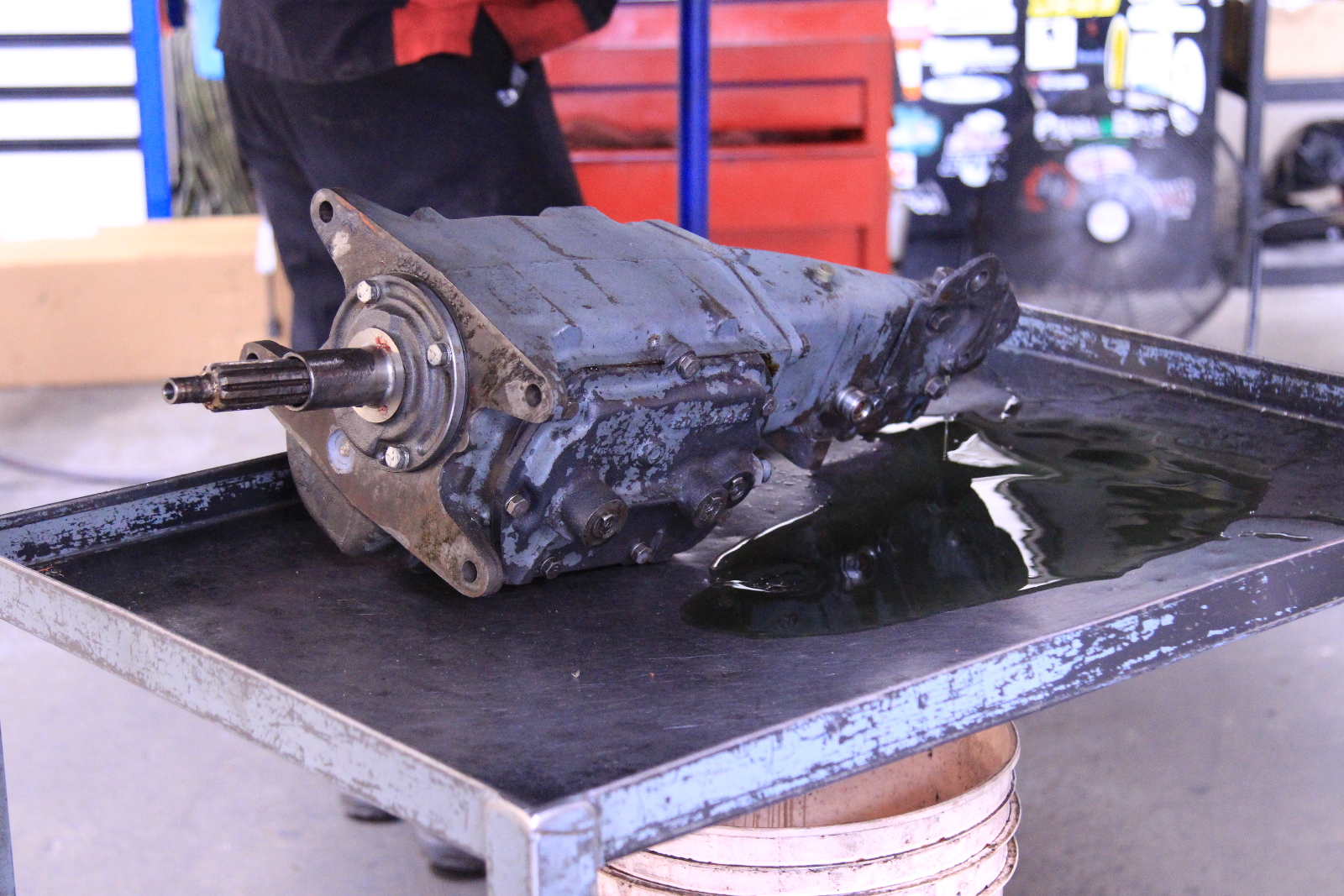 The Saginaw has seen better days – as well as a couple hundred fewer ponies. It’s not a bad transmission, but more suited to the original specs of 175 HP.

Silver Sport has options for a 5-speed and a 6-speed Tremec transmission for various Chevy, Ford, and Mopar vehicles, as well as an upgrade option to its A41 4-speed overdrive automatic transmission for Chevy and Mopar. We wanted to stick with the manual (because it’s cooler) and asked Jeff about the fit and which would be best for us.

“The TKO-500 five-speed is going to be a direct bolt in swap,” Jeff told us. “You can opt for the Magnum, but that’s going to require modification to the transmission tunnel.” We considered both transmissions because of the overdrive, but ease of installation was paramount. We placed our order with SST, being sure to proved them with the details of our build so they could put together our PerfectFit Kit. 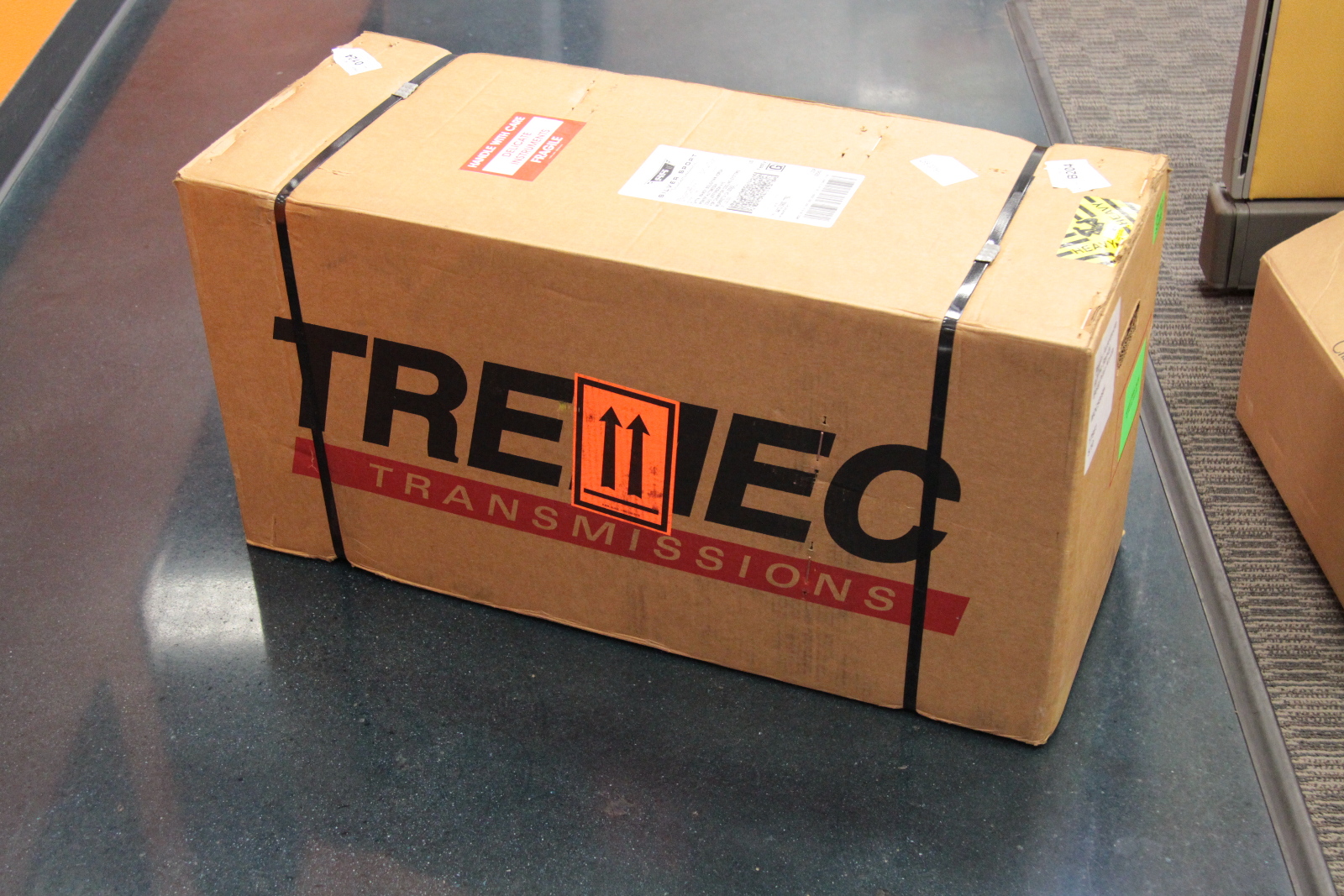 Our TKO-500 showed up in its own box, along with a couple more boxes for all the rest of the components included in the kit.

Jeff informed us that while that early Magnums had a much lower 6th gear (roughly 0.50), the double overdrive gears (0.80 5th and 0.63 6th) of the Magnum are now a bit closer to the TKO-500’s 0.68 overdrive gear. We decided we could live with the single-overdrive gear – and without the 5-lb persuasion to the transmission tunnel.

What Are Perfect Fit Kits?

If you’re ever made trips to the wrecking yards looking for parts, you know that these days it’s a far different experience than it was 20 years ago. It’s hard enough to find a yard that has classic cars, let alone finding the exact parts that you need. 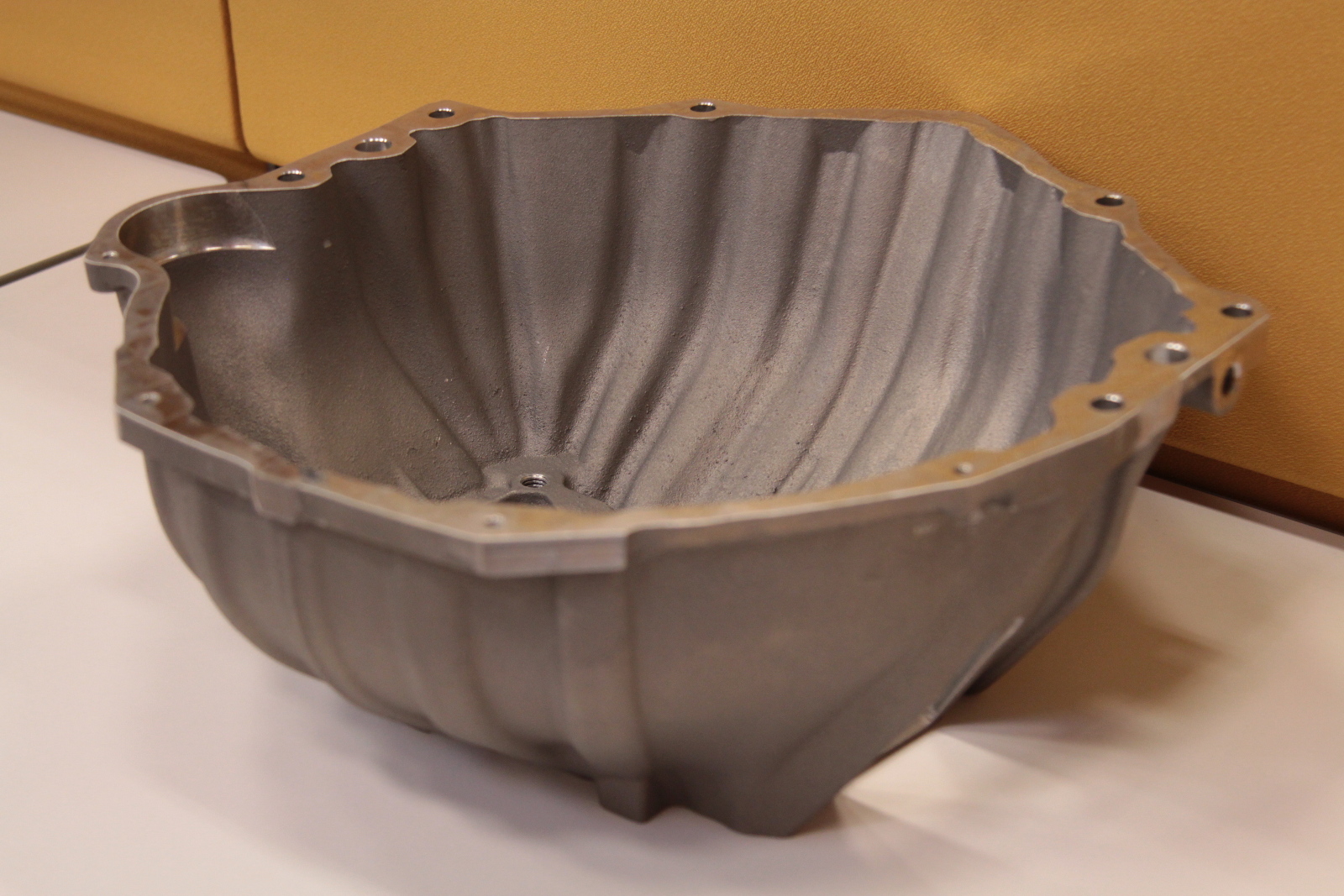 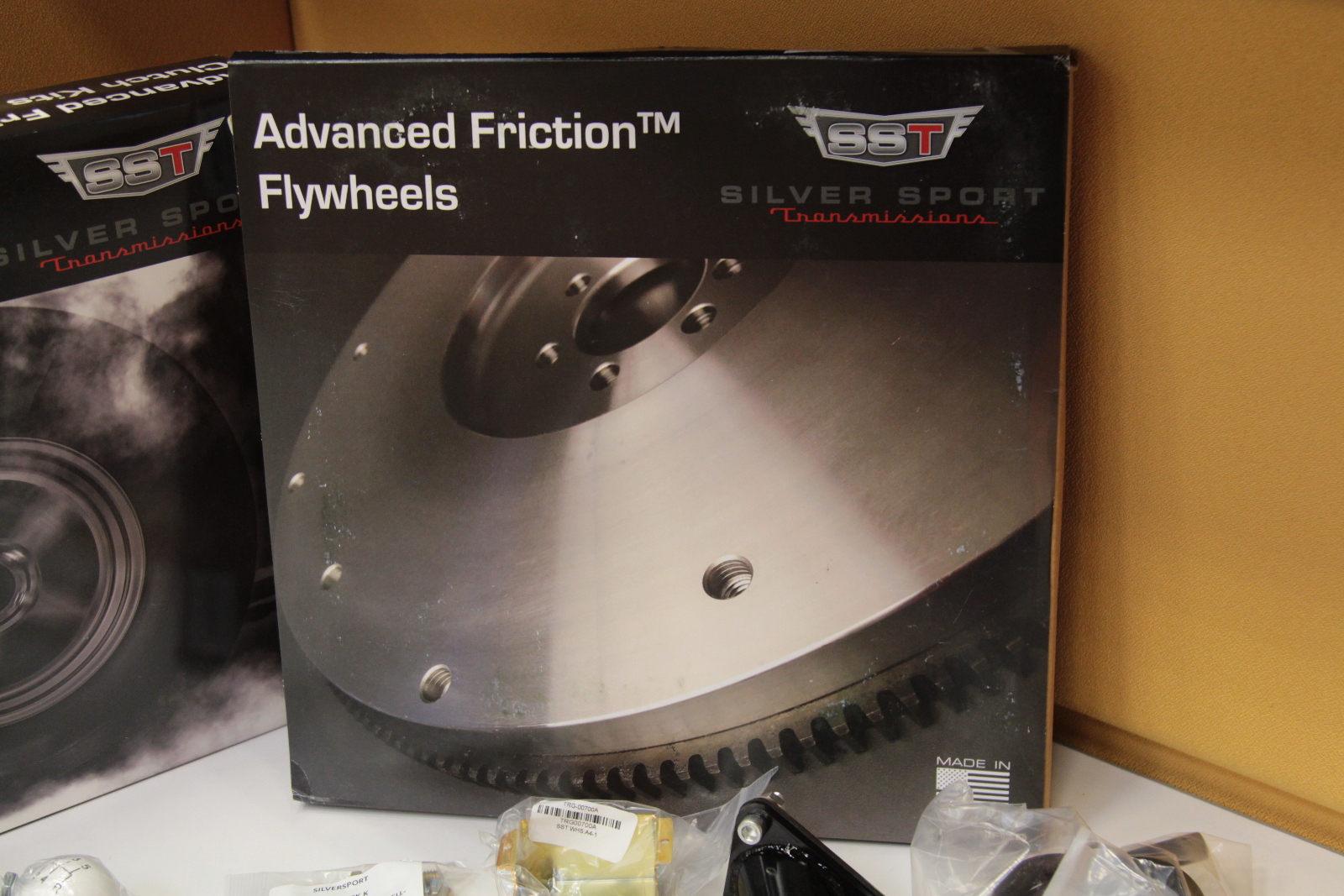 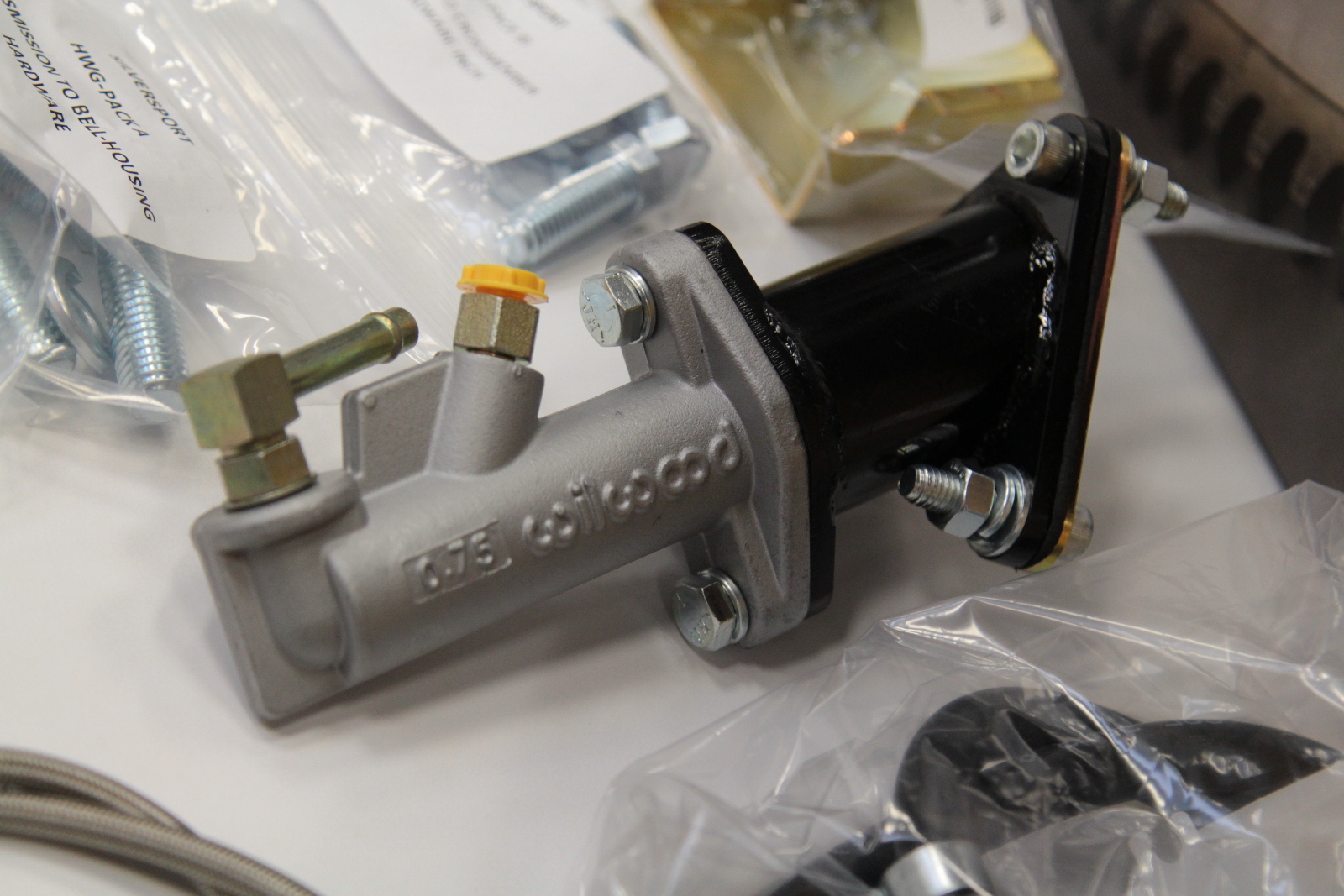 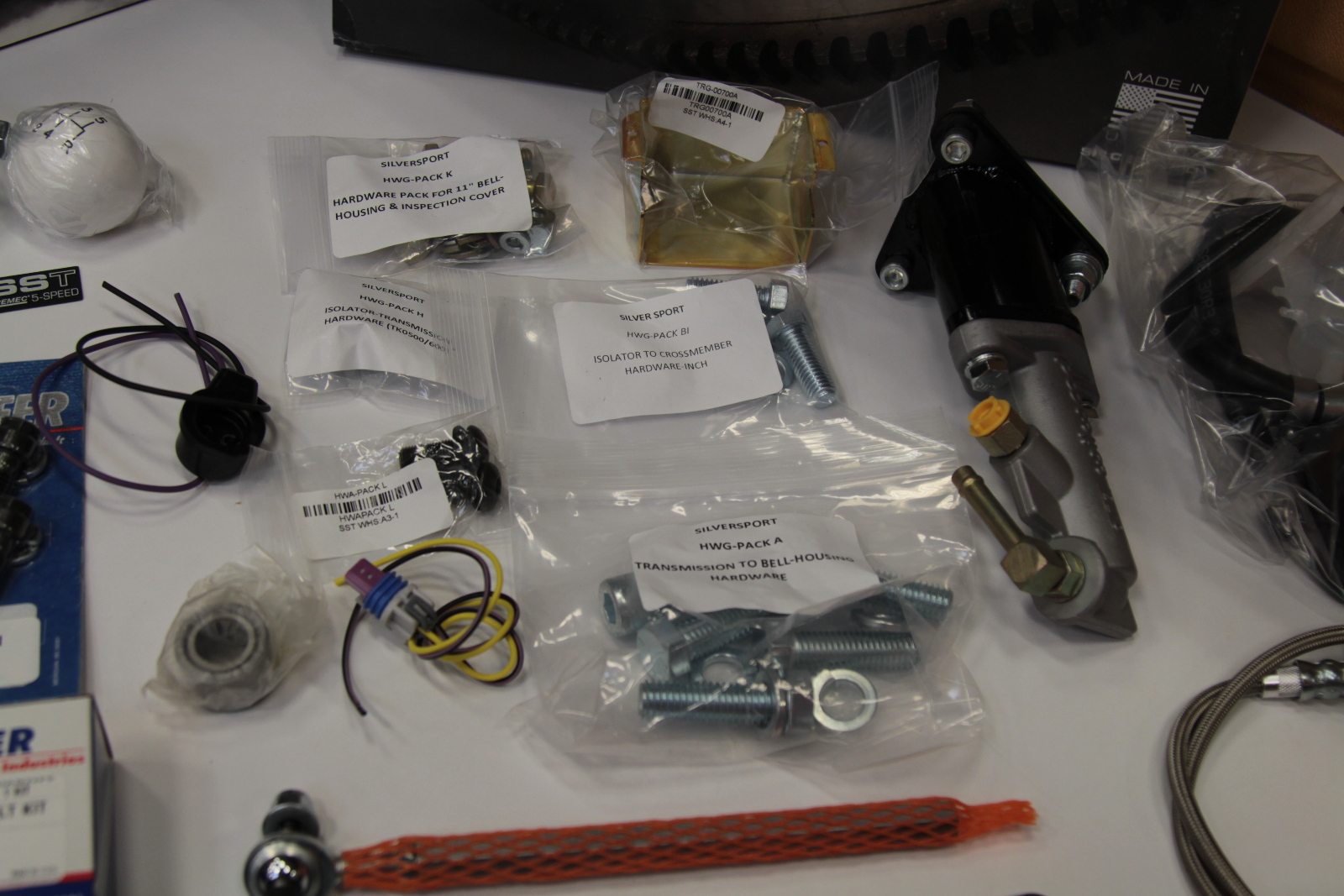 How long would it take you to find all the parts, measure everything out, and get new hardware to swap out a different transmission? Silver Sport puts it all together for you in a PerfectFit Kit.

This is where the PerfectFit Kit can save a lot of time, and even money when you add everything up. SST has spent all the time you might spend putting a kit together and have already done all the research for each kit.

If you make a call to SST and let them know what you’re working on, chances are they’ll have a complete, PerfectFit Kit for your vehicle and can usually ship it out within a day. The parts that comprise a PerfectFit Kit make up everything you need to do a Tremec transmission swap. Whether you currently have a manual or automatic transmission, the PerfectFit Kits take the difficulty out of the swap. 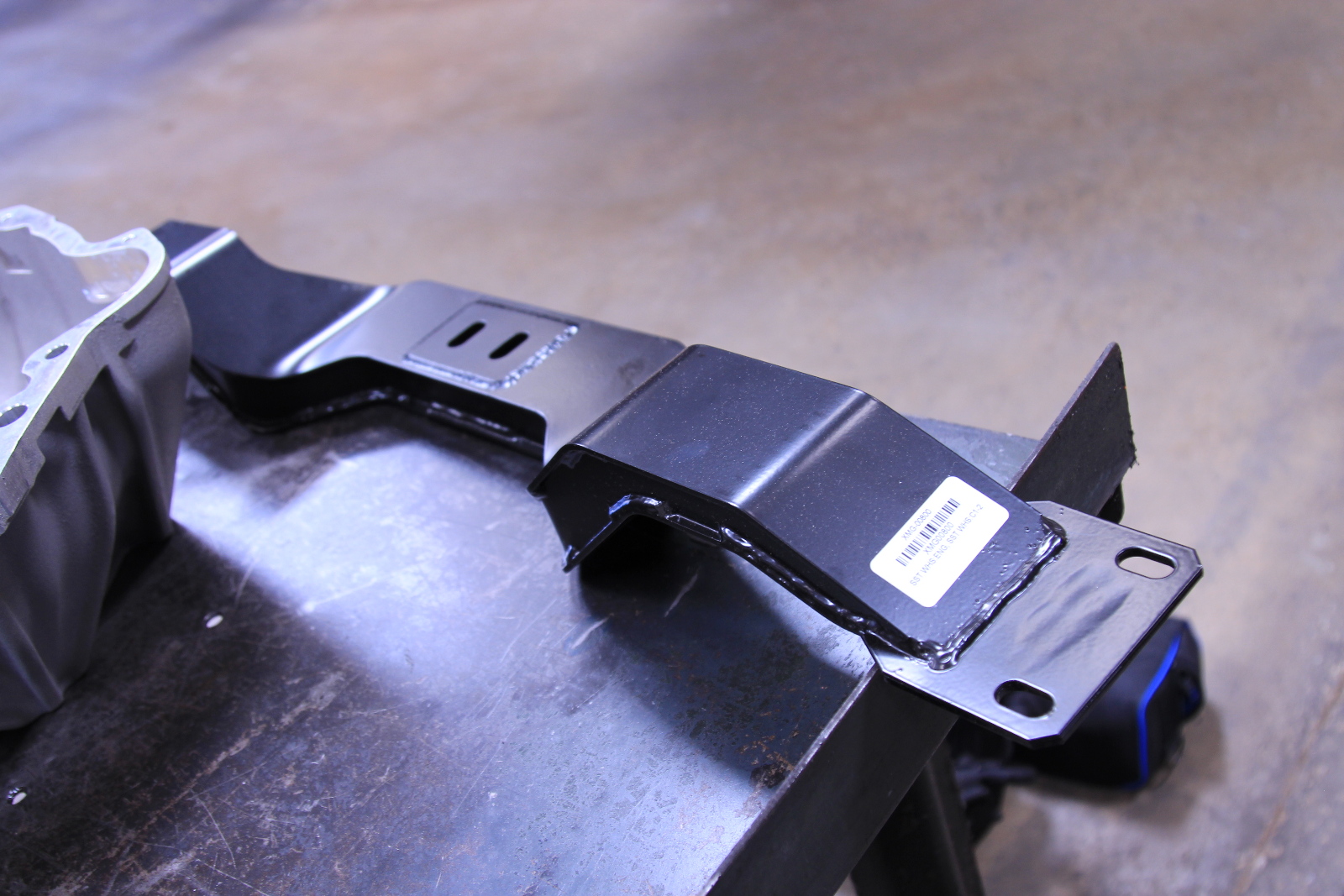 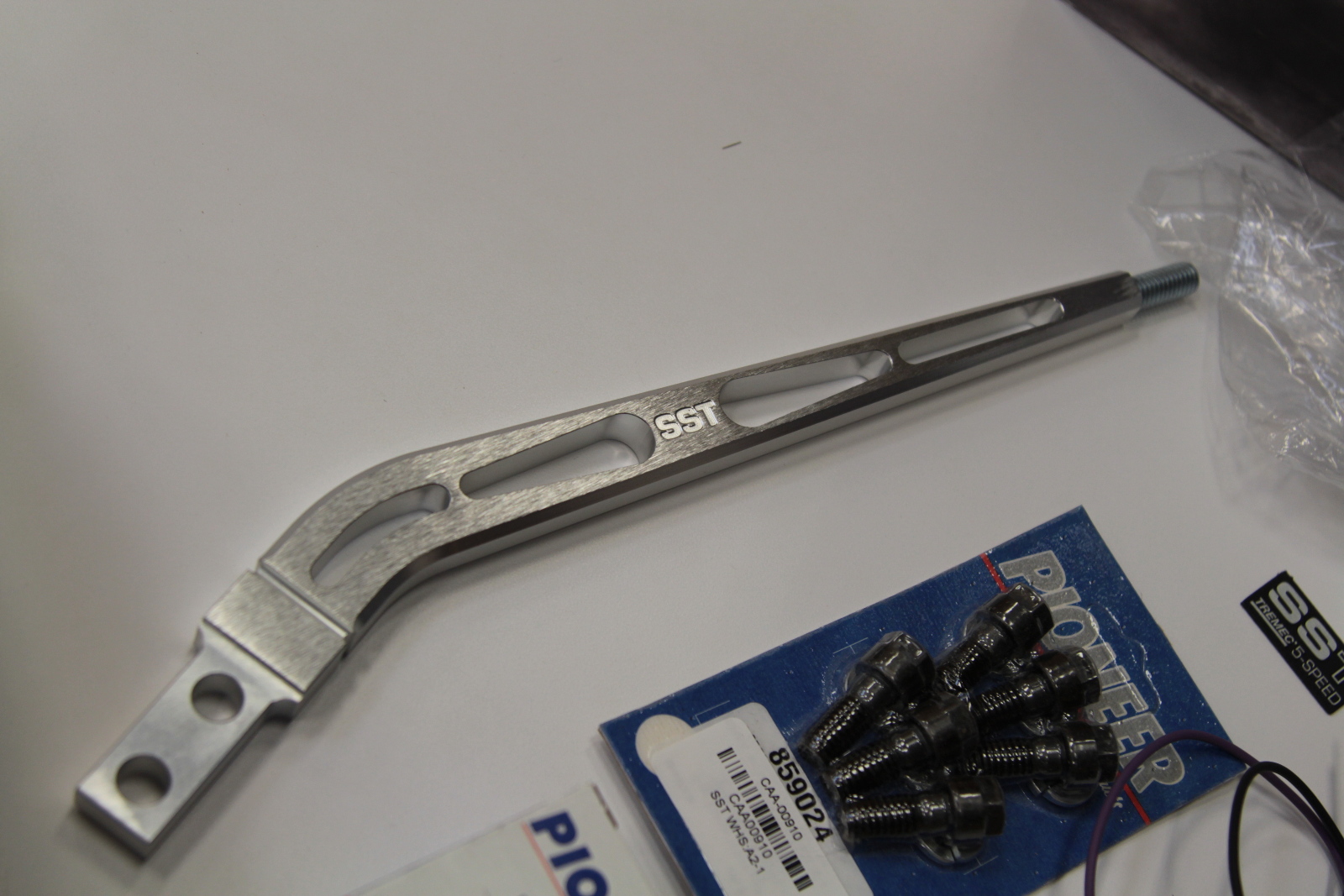 SST Designs and fabricates the new crossmember for the Tremec transmission.

When we say it includes everything, there’s no exaggeration. From clutch to driveshaft, shifter to crossmember, once your kit arrives there are no other parts that need to be acquired. SST designs the kits in house, and has a technical staff looking forward to talking with you.

Also included is the driveshaft, which will rely on some post-installation measurements before it can be made. You simply provide SST with the U-joint type and the distance between the tailshaft housing and the flange on the rearend, and they’ll place the order for your new driveshaft with Dynotech Engineering and have it drop shipped to your location. 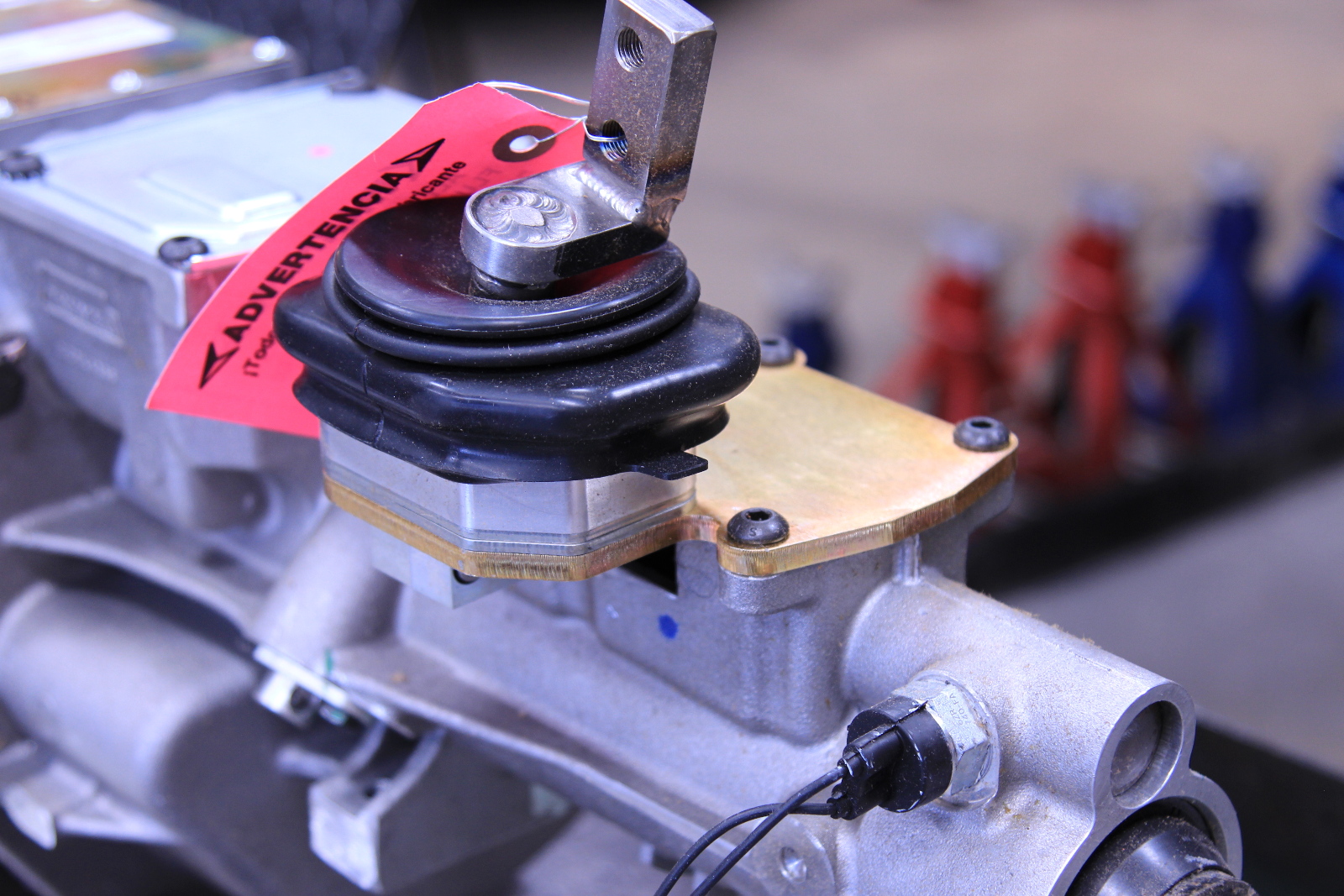 The STX shifter machined and customized to fit your vehicle precisely, allowing each customer to retain their original console.

Another aspect of the PerfectFit Kit is the hands-on part of the transmission: the shifter.  Silver Sport’s STX Performance Shifter is its own proprietary short throw shifter, providing smoother shifts and easier transitions between gears, especially the 2-3 upshift.

STX Performance Shifters replace the Tremec shifter, and are designed and engineered in house based on the vehicle application. The goal  is to place the shifter in the exact location of the factory shifter, which allows the vehicle owner to keep their existing console and ergonomics. Swaps in the past meant cutting a larger opening and finding other parts that would accommodate the new shifter – something we would have been faced with had we opted for the Muncie. 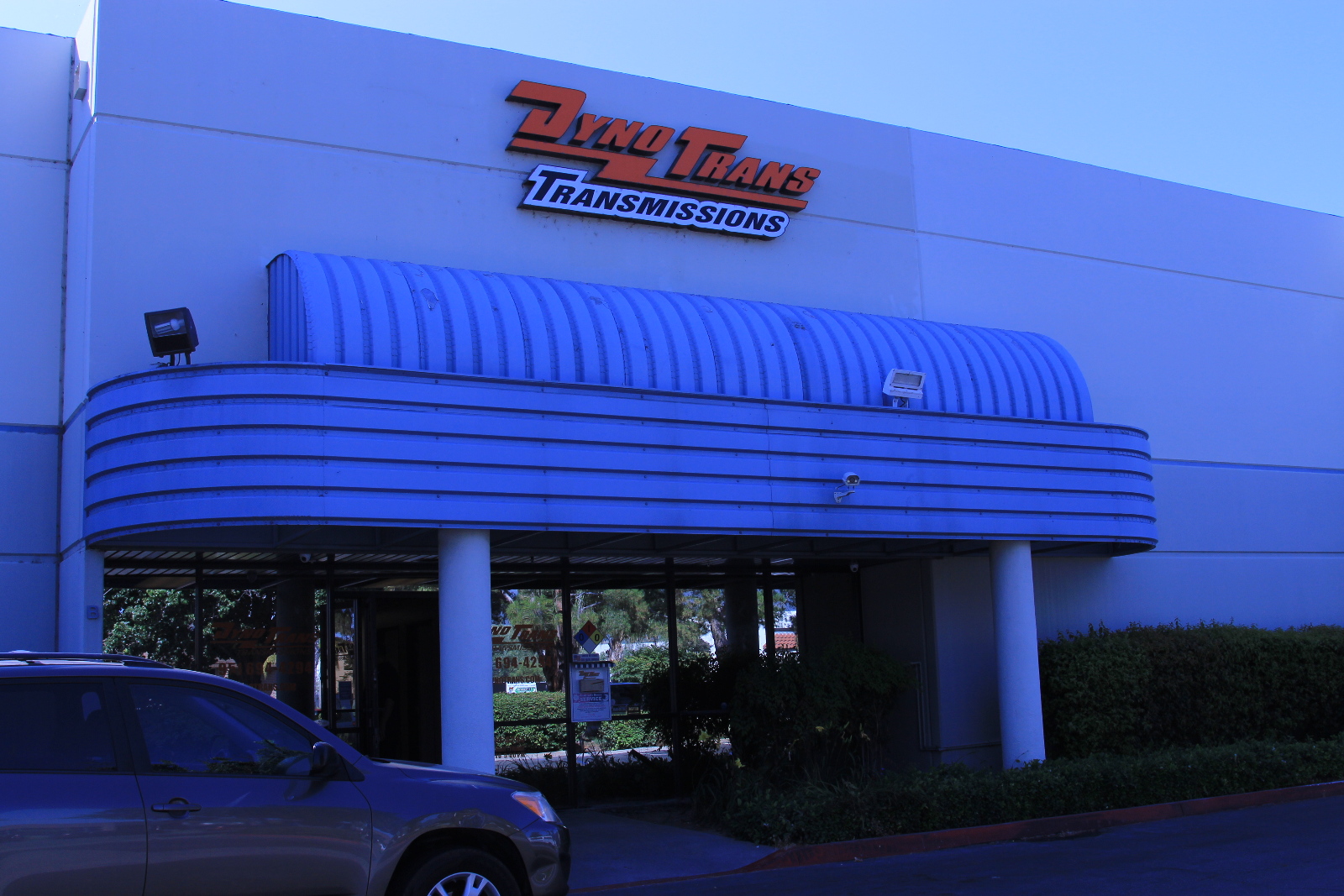 With everything taken care of in the PerfectFit Kit, it allows the shop or vehicle owner to focus on the installation, rather than get sidetracked with endless trips to the parts store. With the original transmission out of the way,

A high performance clutch and hydraulic kit is included, or you can choose a mechanical linkage if that’s more to your liking. We mounted the clutch master cylinder to the firewall utilizing existing openings, and assembled the slave cylinder in the bellhousing. If you’re installing the PerfectFit Kit, all measurements are done at SST, and it’s a direct bolt in. 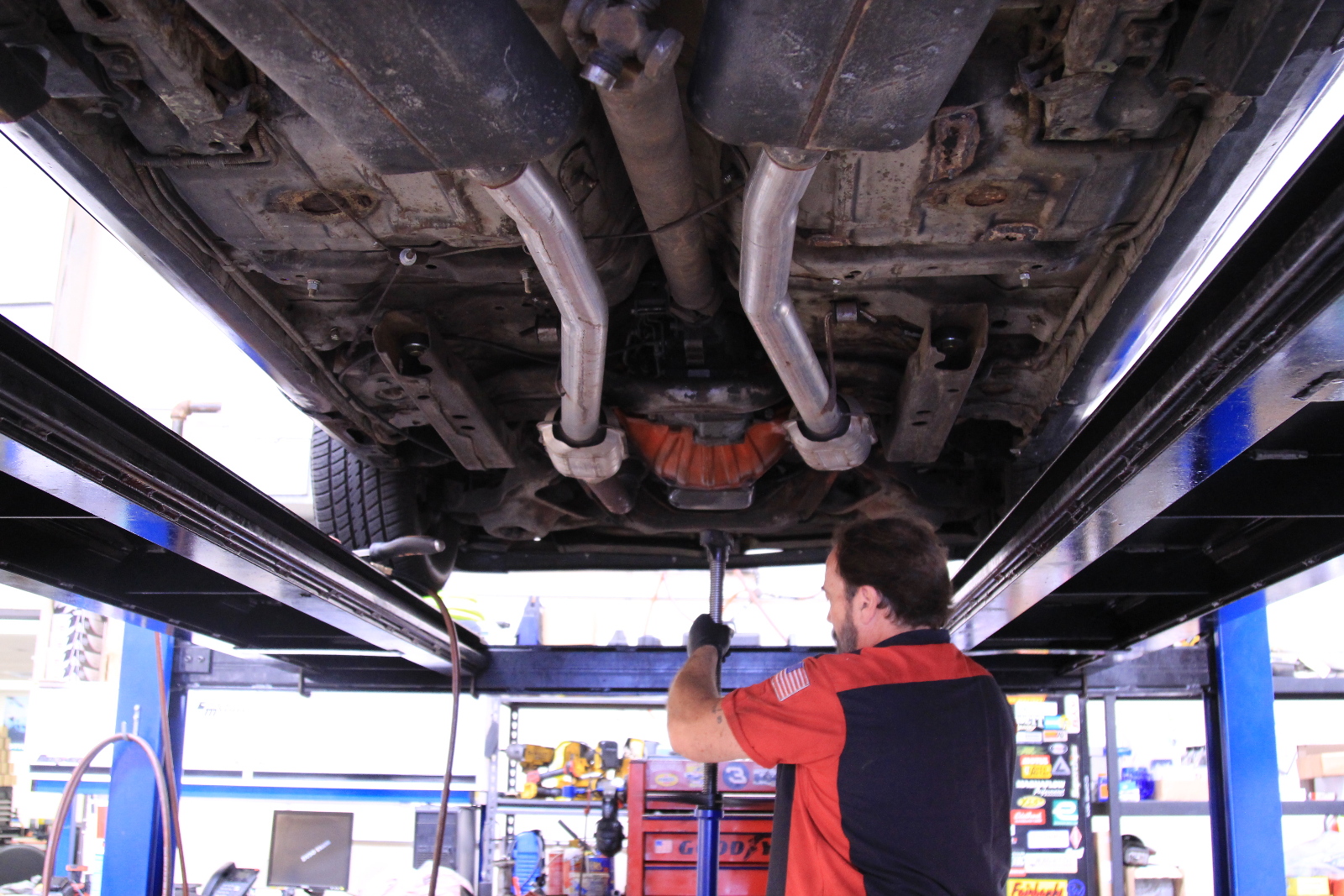 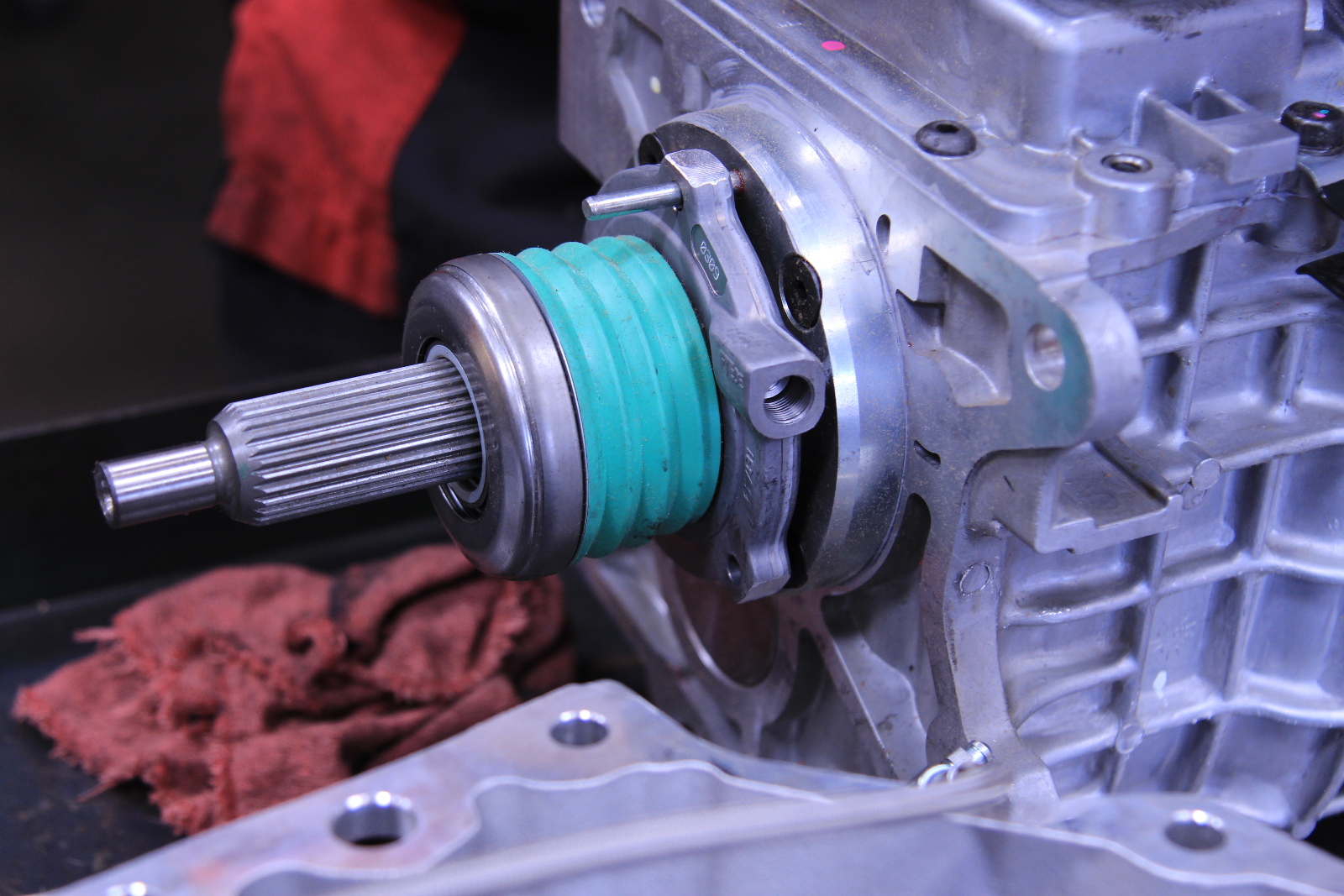 The removal of the Saginaw required removing the driveshaft and crossmember, and disconnecting the clutch. The shifter was removed from inside the car before it went up on the lift.

It’s important to note that following the well laid out instructions from SST is going to make the installation go a lot smoother. You can opt for a mechanical or hydraulic clutch, but it’s best to test fit all the parts on the bench prior to final assembly, just to make sure you can put it all together.

The high performance clutch is included, and Jeff tells us it’s from one of the major manufacturers and private labeled for SST. It’s important to assemble it correctly onto the flywheel, SST has provide clear and concise instructions for that as well. Swapping over to hydraulic means removing the old linkage, but the original pedal is retained. If converting from an automatic, SST includes the new pedal, too. 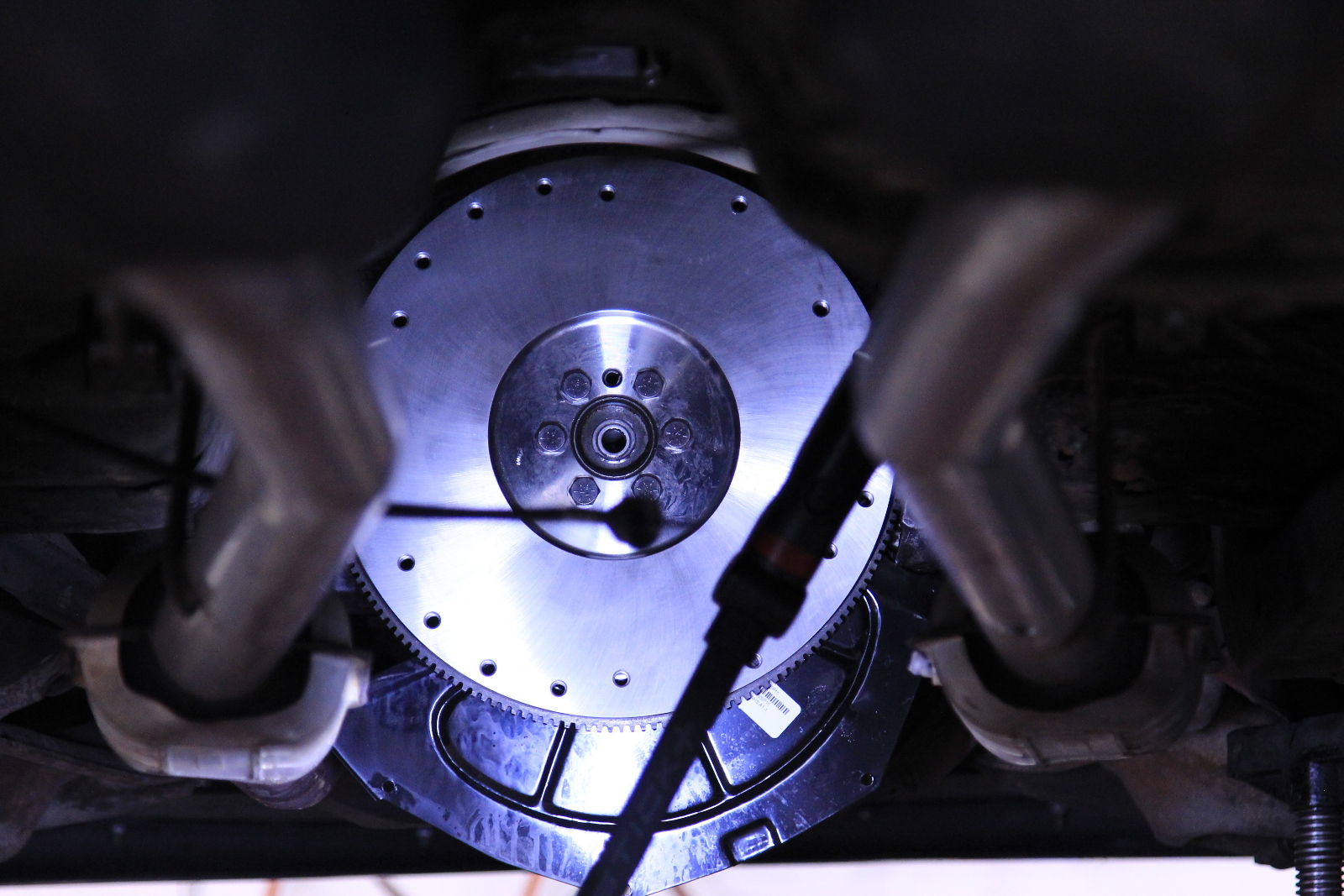 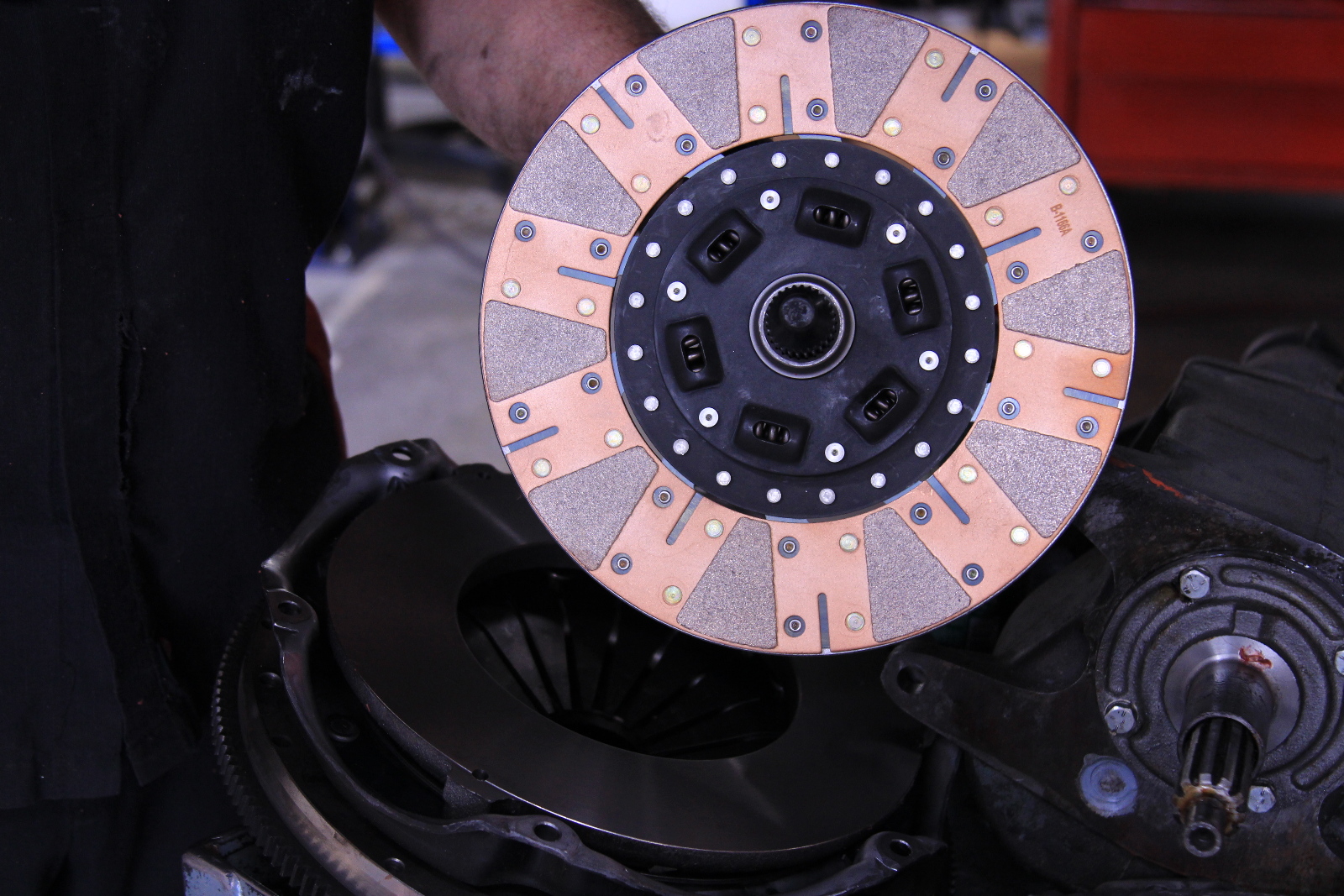 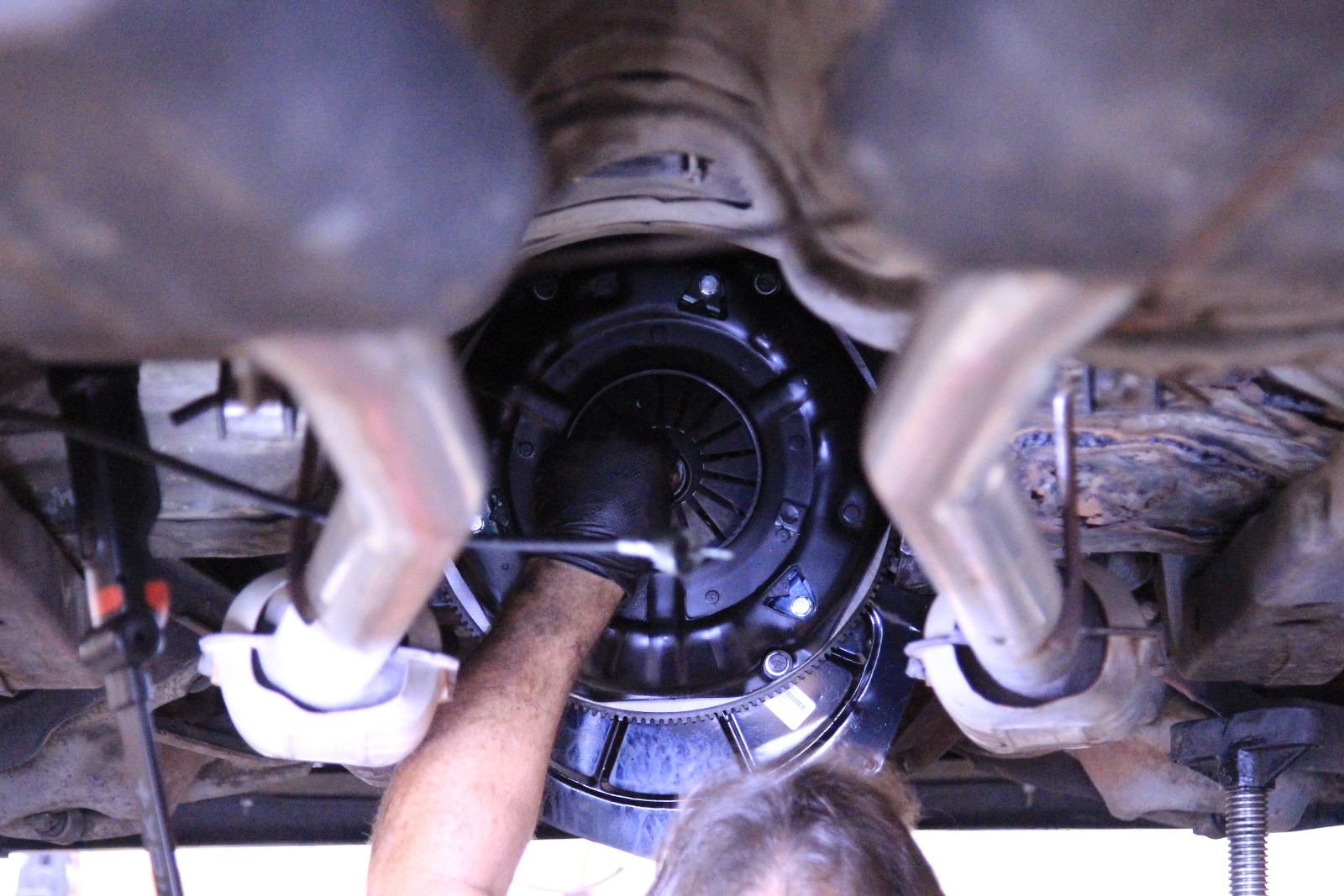 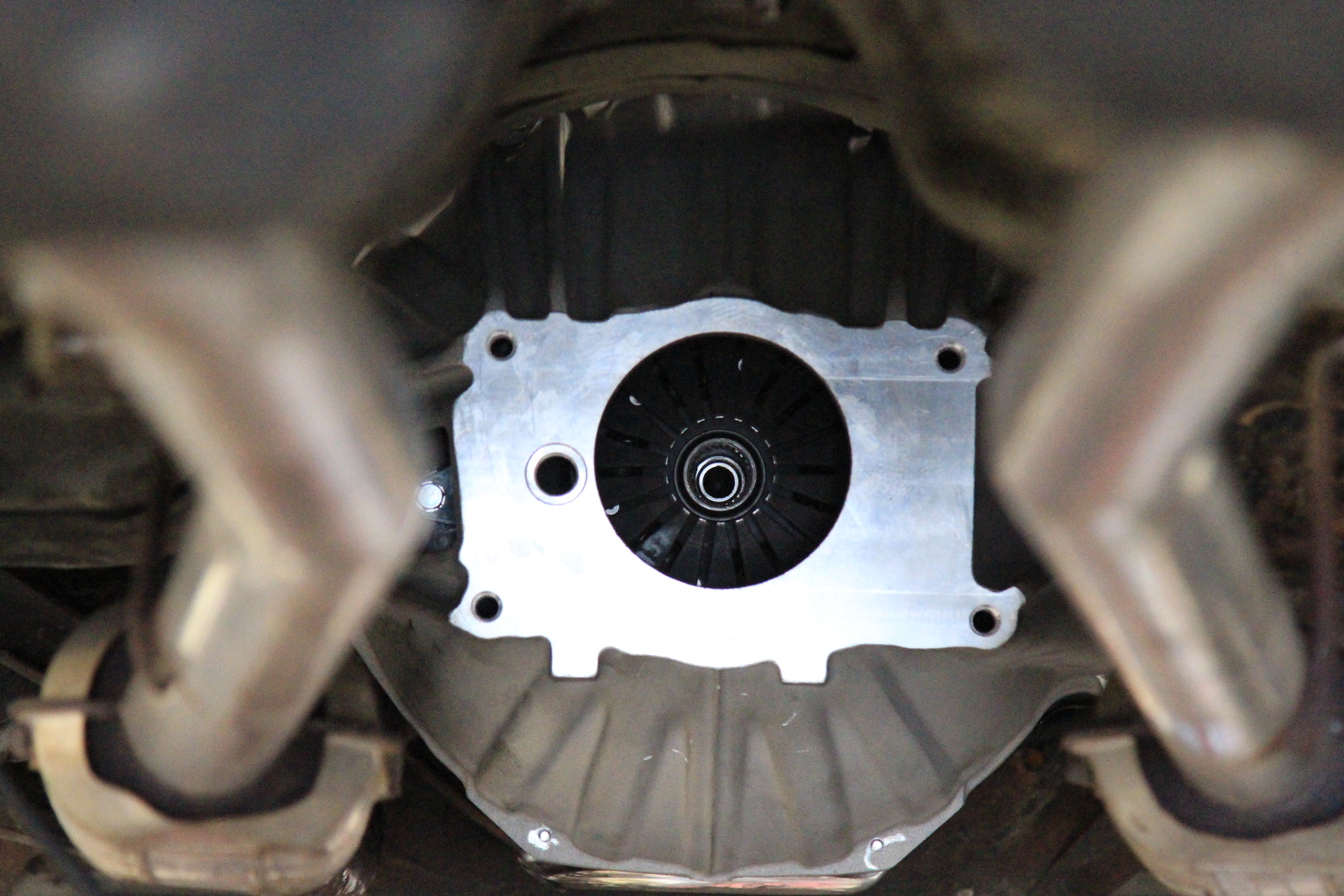 No need to find a new clutch to fit the Tremec, it’s included – along with a new flywheel. Did we say “everything is included?”

The Tremec is hoisted into place, clearance wasn’t an issue, and following the instructions made the swap go smoothly.The installation is very straightforward, but having a lift and transmission jack helps considerably. Inside the car, the included billet shift lever and shift ball is easily installed and secured with included hardware. The hydraulic clutch master cylinder is mounted to the firewall, and the pushrod is adjusted for pedal height.

Underneath again, we took some measurements for the new driveshaft and called up a local shop, Oceanside Driveline, to make our new driveshaft. While SST includes this in your PerfectFit Kit, we opted to go locally to save on down time. It arrived within a day, and the final part of the installation was complete. 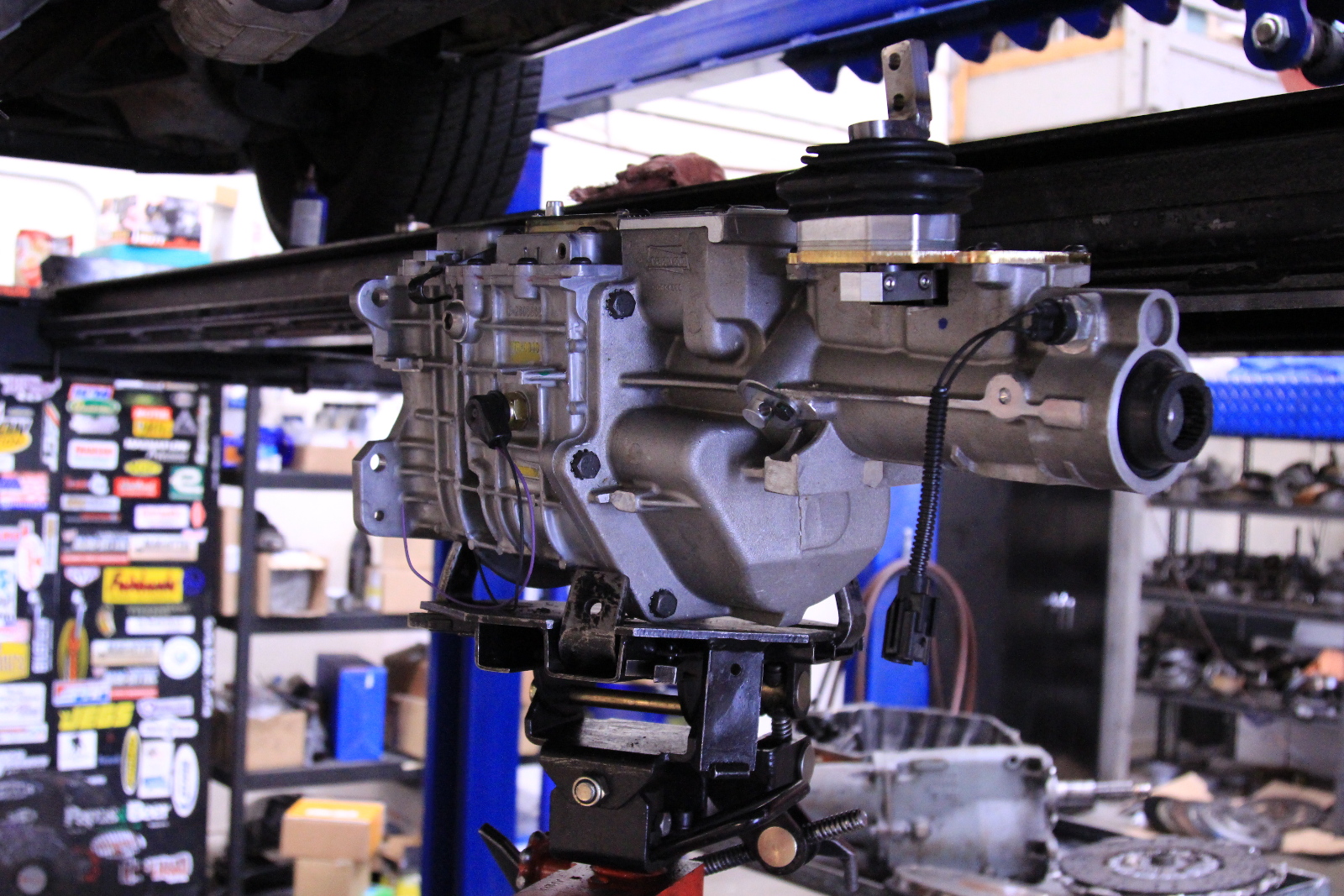 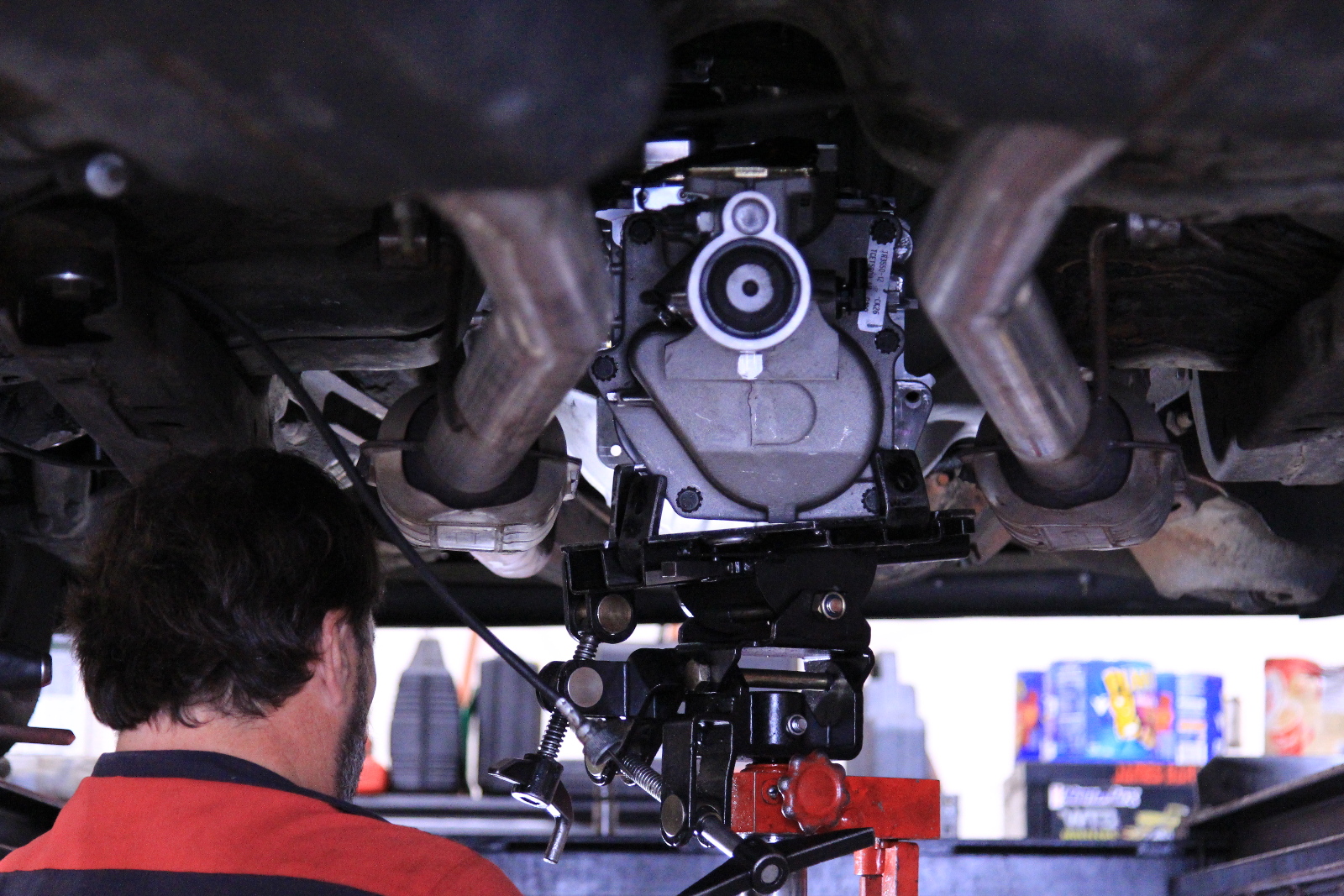 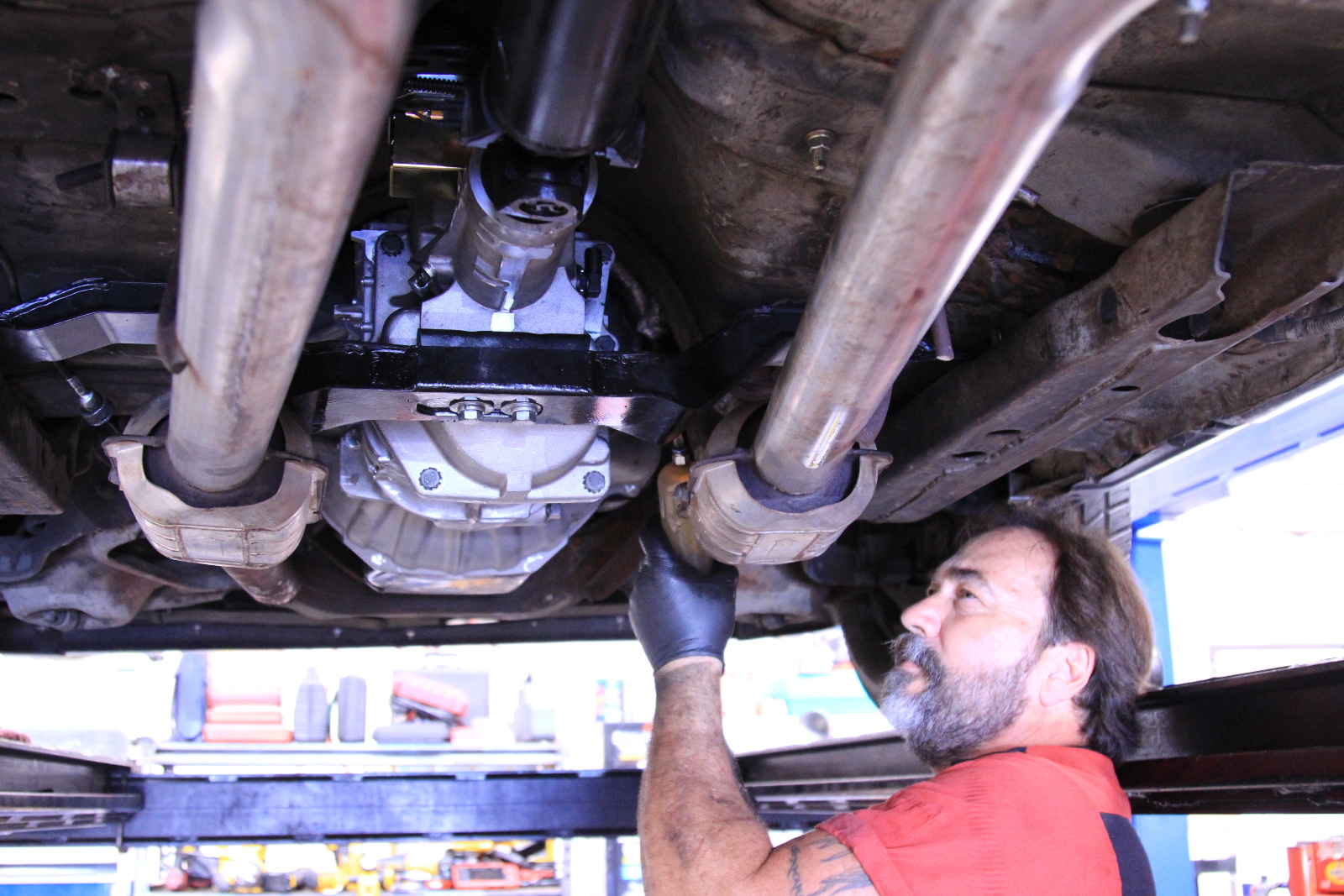 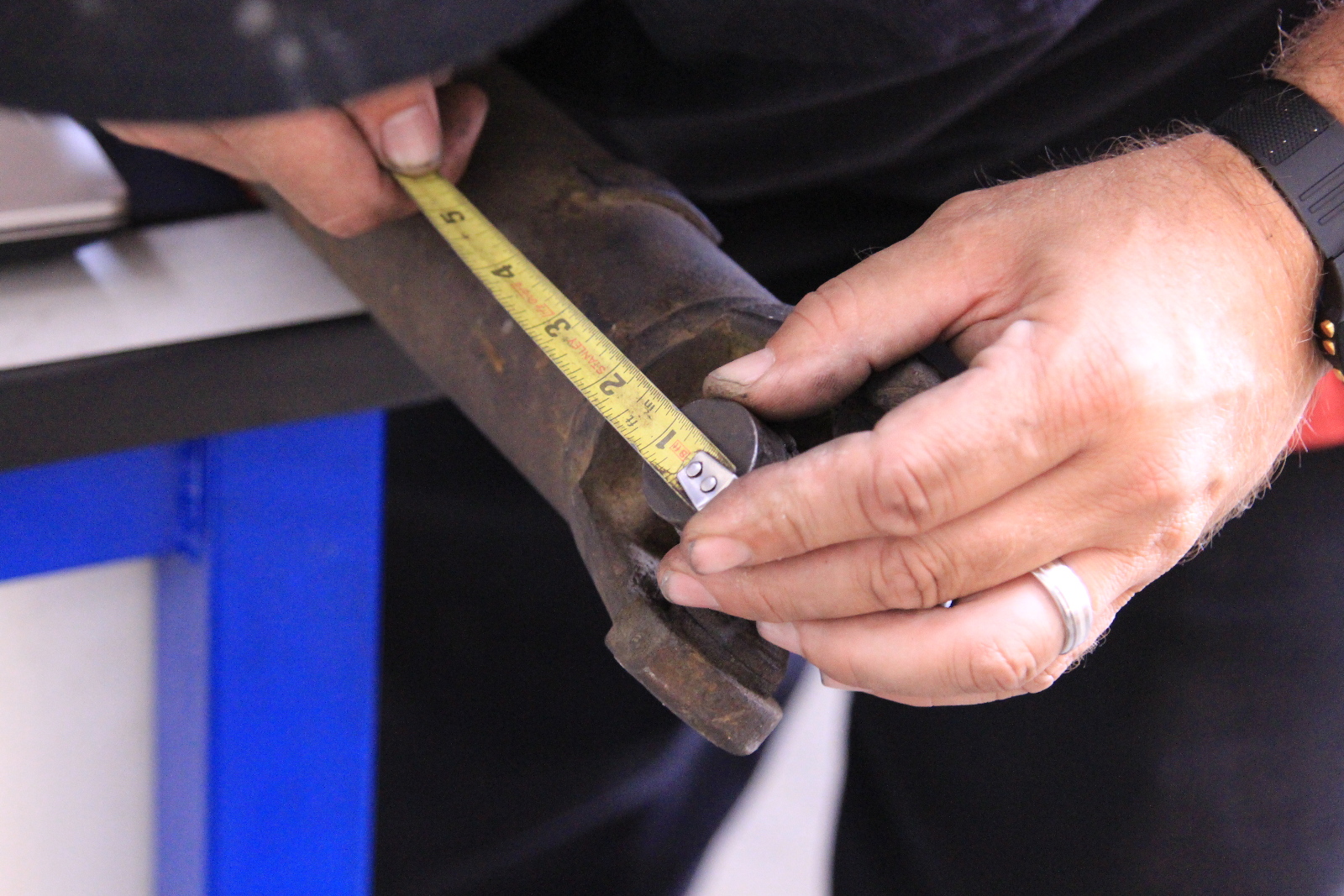 It was nice to be able to hoist the Tremec into place without breaking out a 5 lb sledgehammer to create room. The TKO-500 was a perfect fit.

Once the driveshaft arrived, it was installed and the car was taken out for its initial test drive with the new Silver Sport Transmissions Tremec 5-speed. What a huge difference it made, for not much more than the cost of building a Muncie 4-speed and installing it.  The shifts were smooth and precise, and downshifting no longer included the dreaded grind we had with the Saginaw.

There is one last thing that was installed with the Tremec: the grin on Rick’s face when he got back in the car and took it out for a romp. It kinda makes the rest of us want to do a similar swap on our own cars – who knew it would be that satisfying? 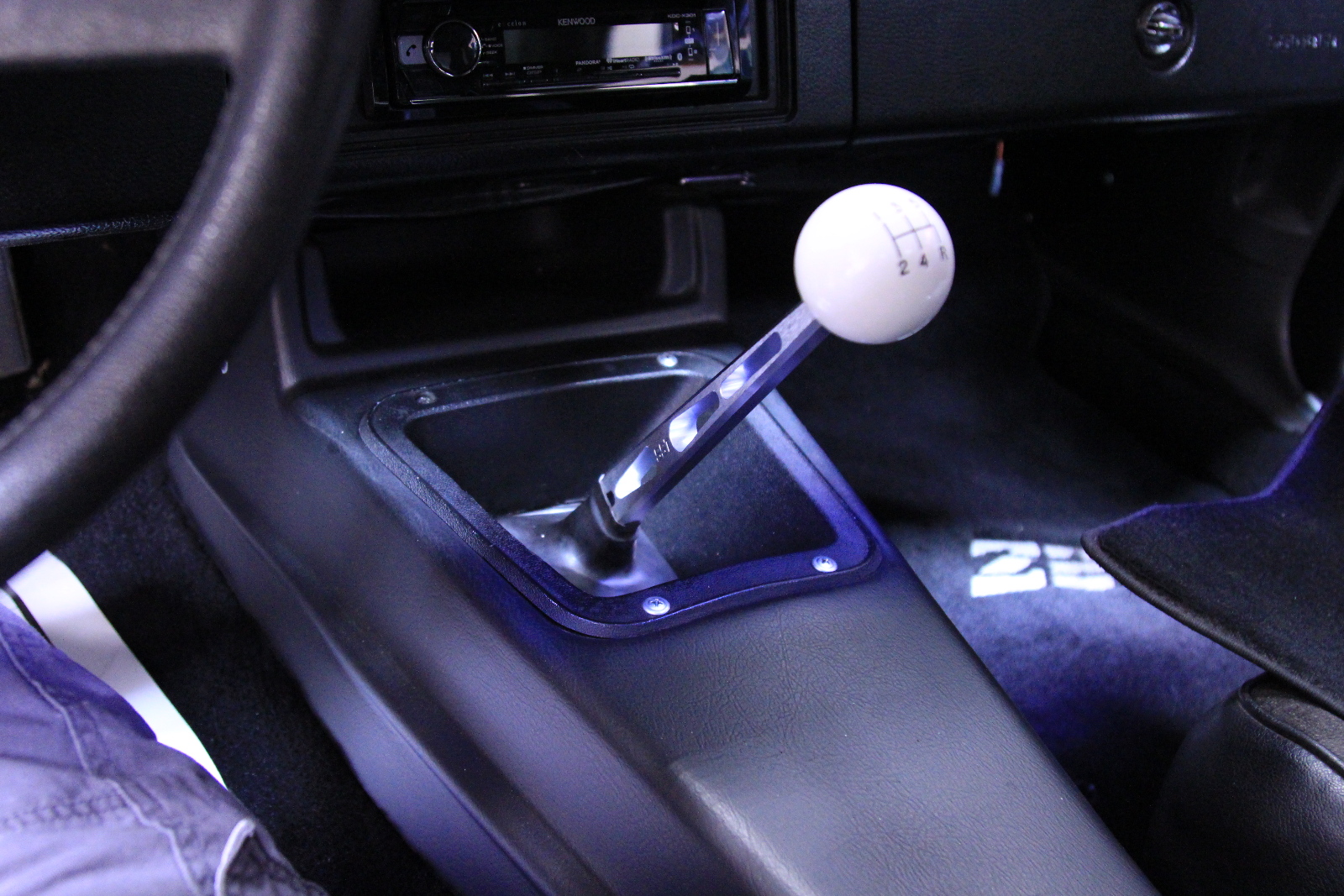 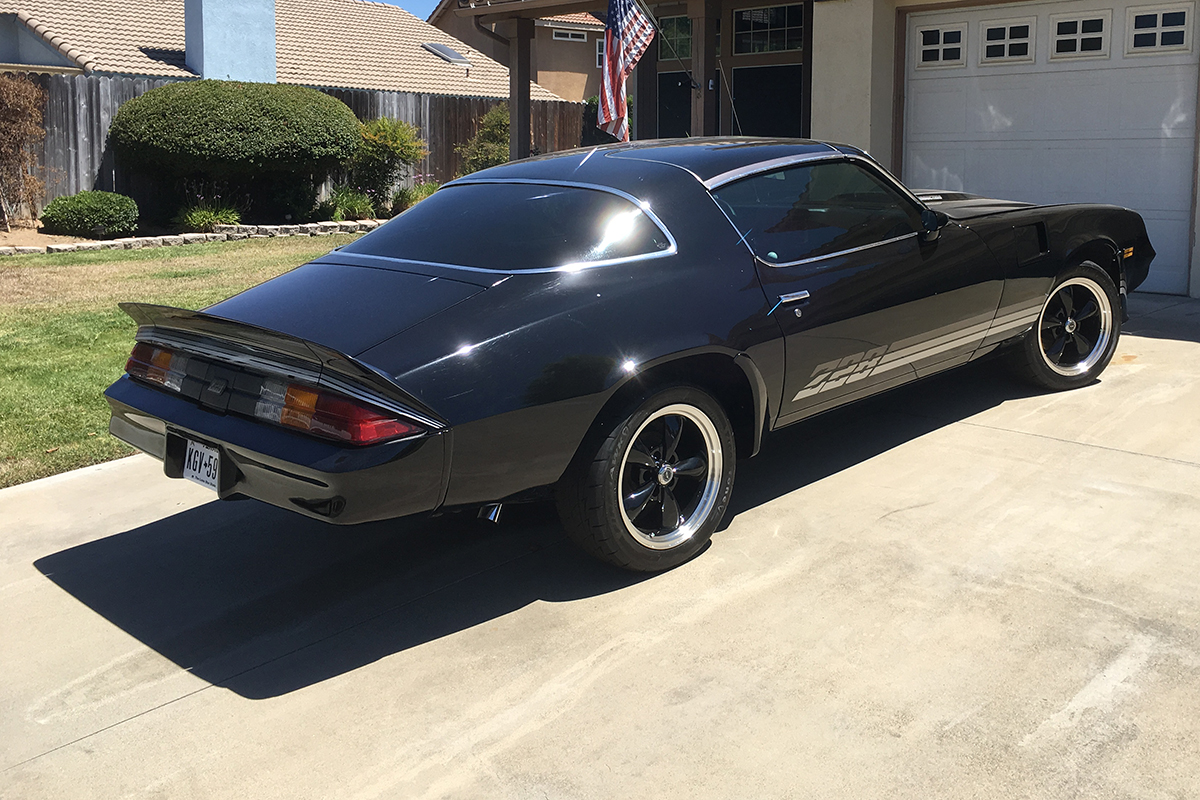