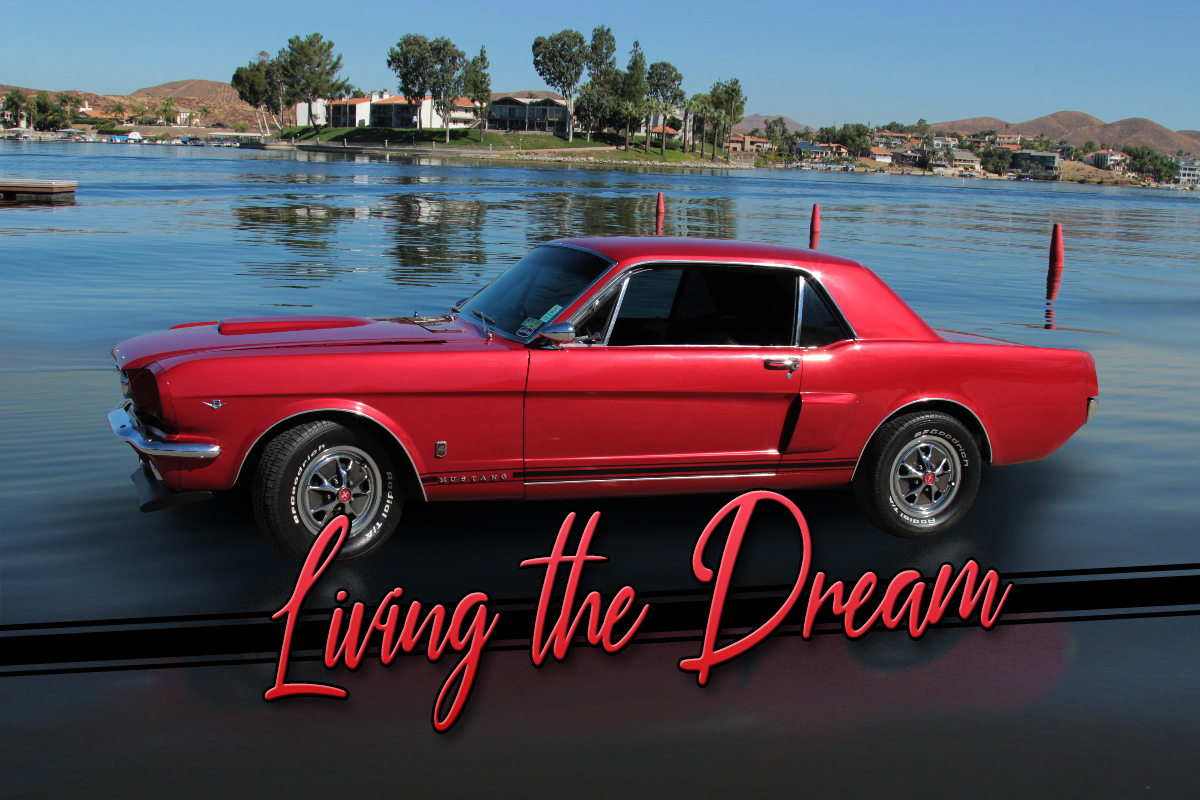 You wouldn’t know to look at it, and you probably wouldn’t know it if you heard it, but Lee Norris, of Canyon Lake, California, makes a very strong case for keeping the original straight six in his 1966 Mustang. He had an opportunity to swap in a V8 when he did his restoration, but he decided to keep the 6 and see what he could do with it. We’d say check, and mate, on that one.

Ever since Lee was a kid, he loved Mustangs. He was around when they were new and they simply appealed to him then, and always have. So back in 2003 he found a Mustang of his very own to restore. It was in pretty bad shape, he tells us, and he spent the next 7 years restoring it and upgrading a few components. 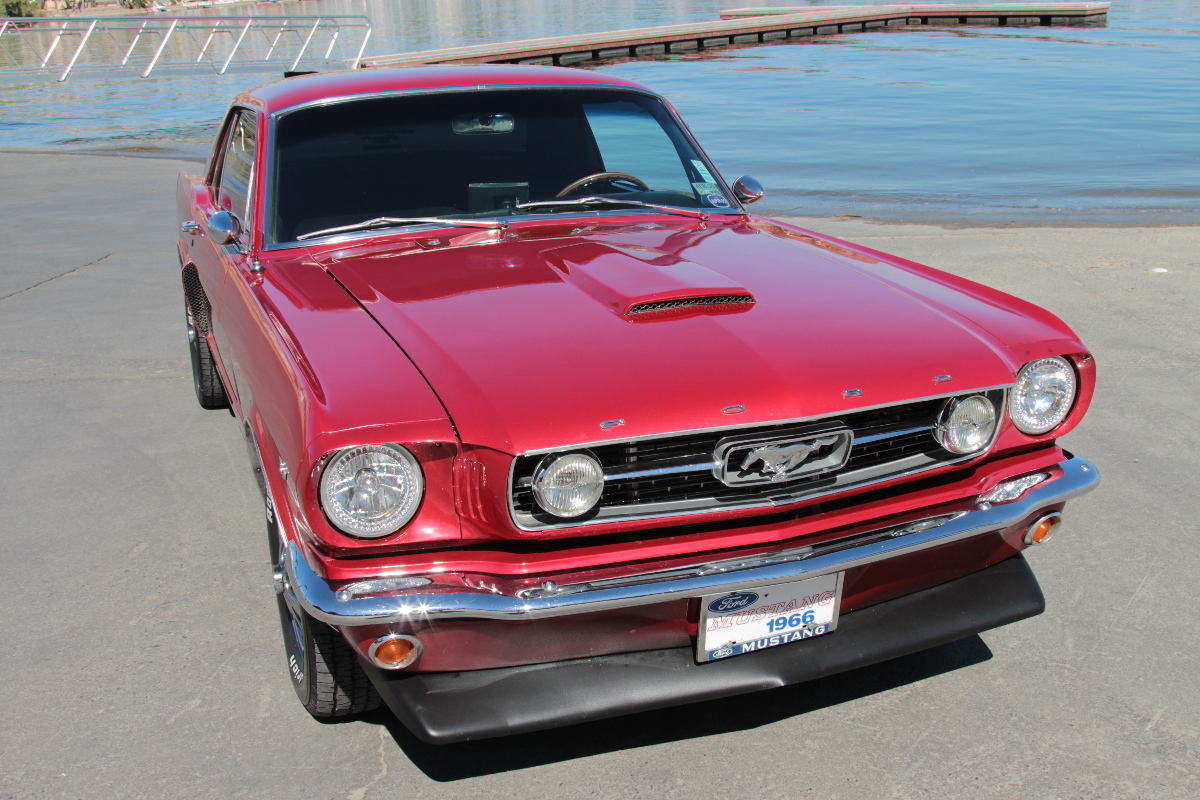 We asked if the car was done, or if he had any plans for upgrades, and Lee assured us the car is done. But, is a classic car ever really done? He says yes, but then we had to ask him when he installed that very cool IDIDIT steering column, because it wasn’t there last year. It went in recently, he admitted, so it’s good to see that even if Lee says it’s done he is still open to upgrades – and aren’t we all?

We hinted about upgrades and how we’re never really satisfied with our builds, and he admitted something else, too. He said there’s at least one upgrade he’s considering for the near future: an EFI conversion. We’d say that car’s not done just yet. 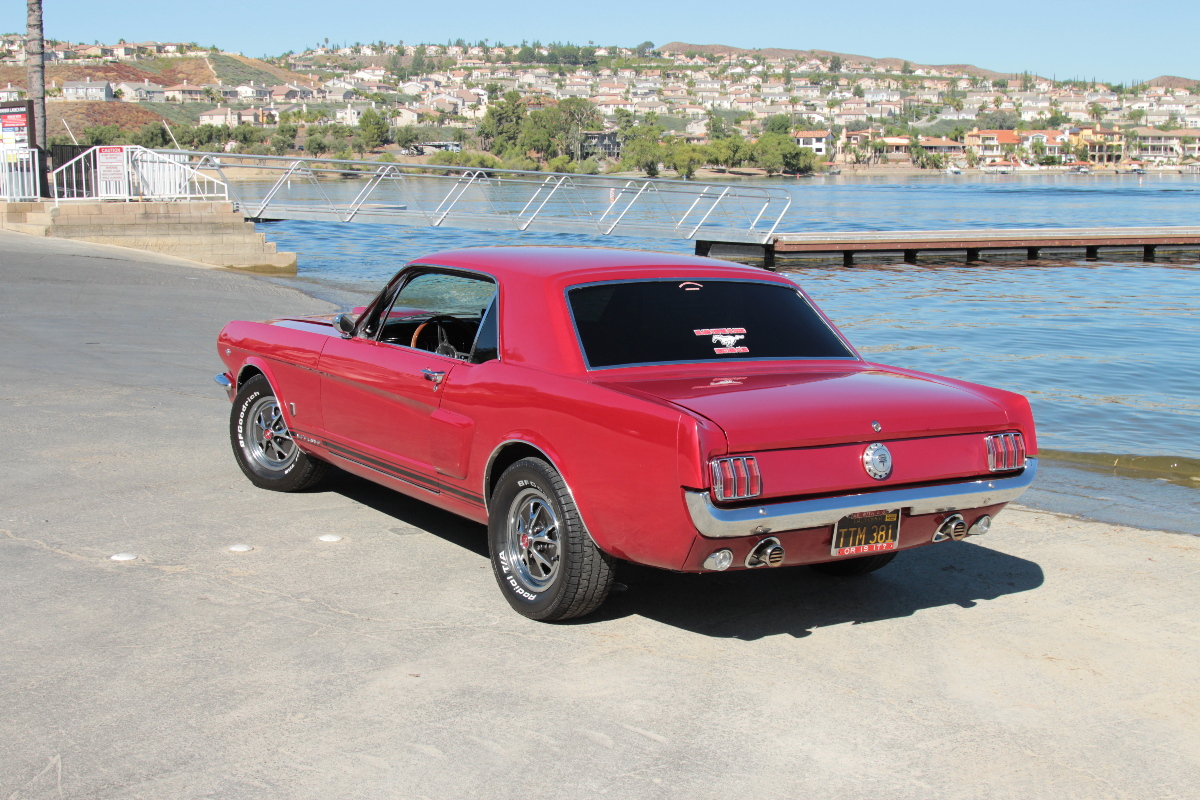 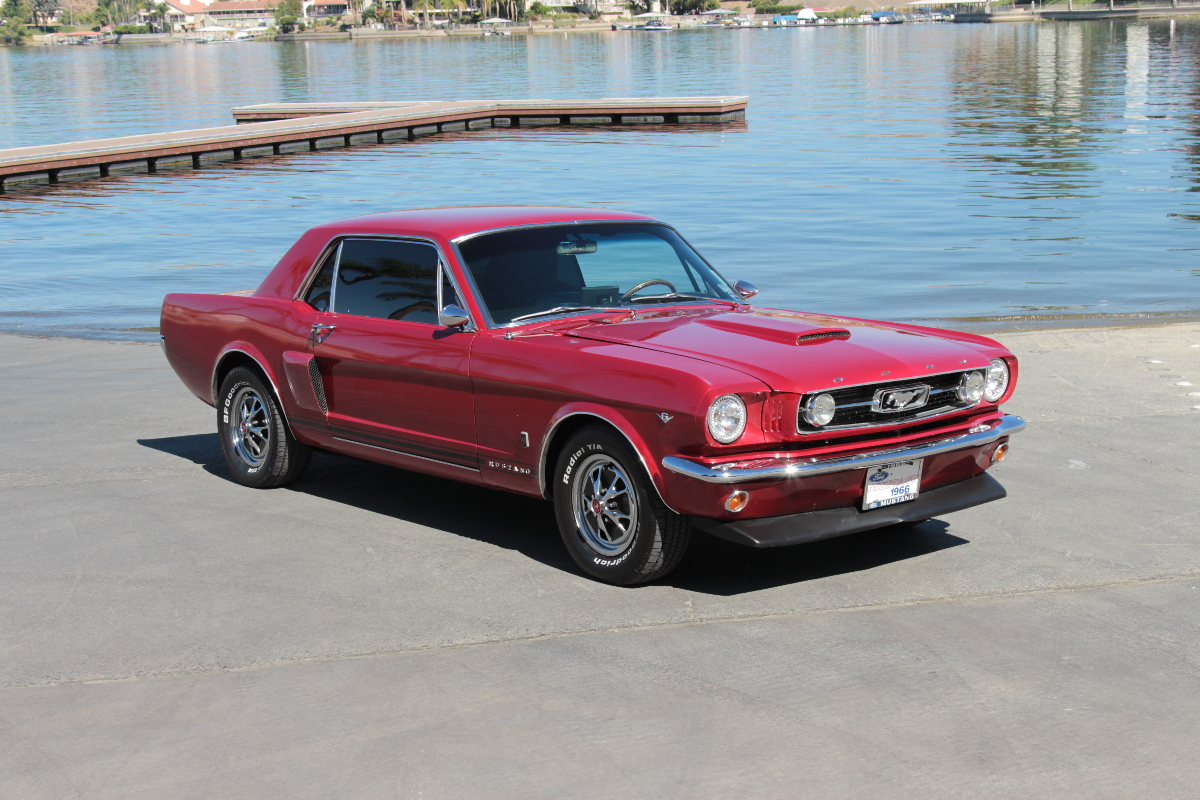 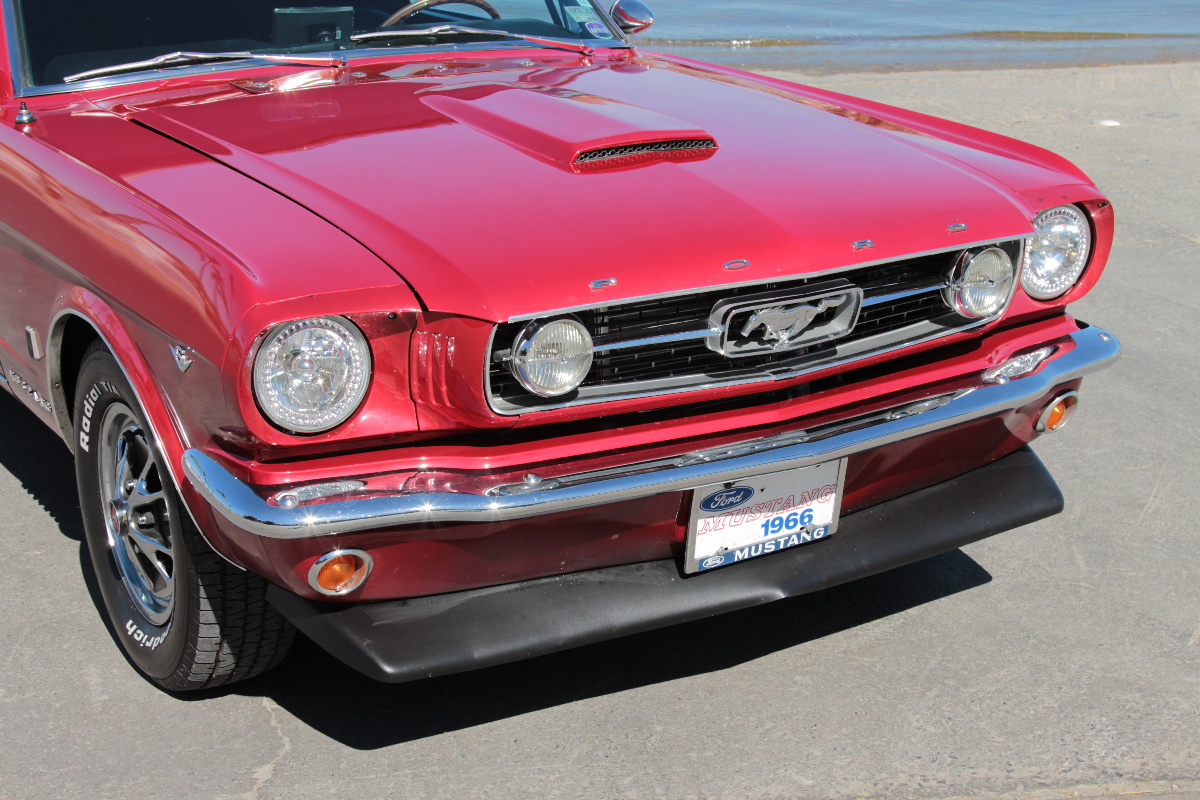 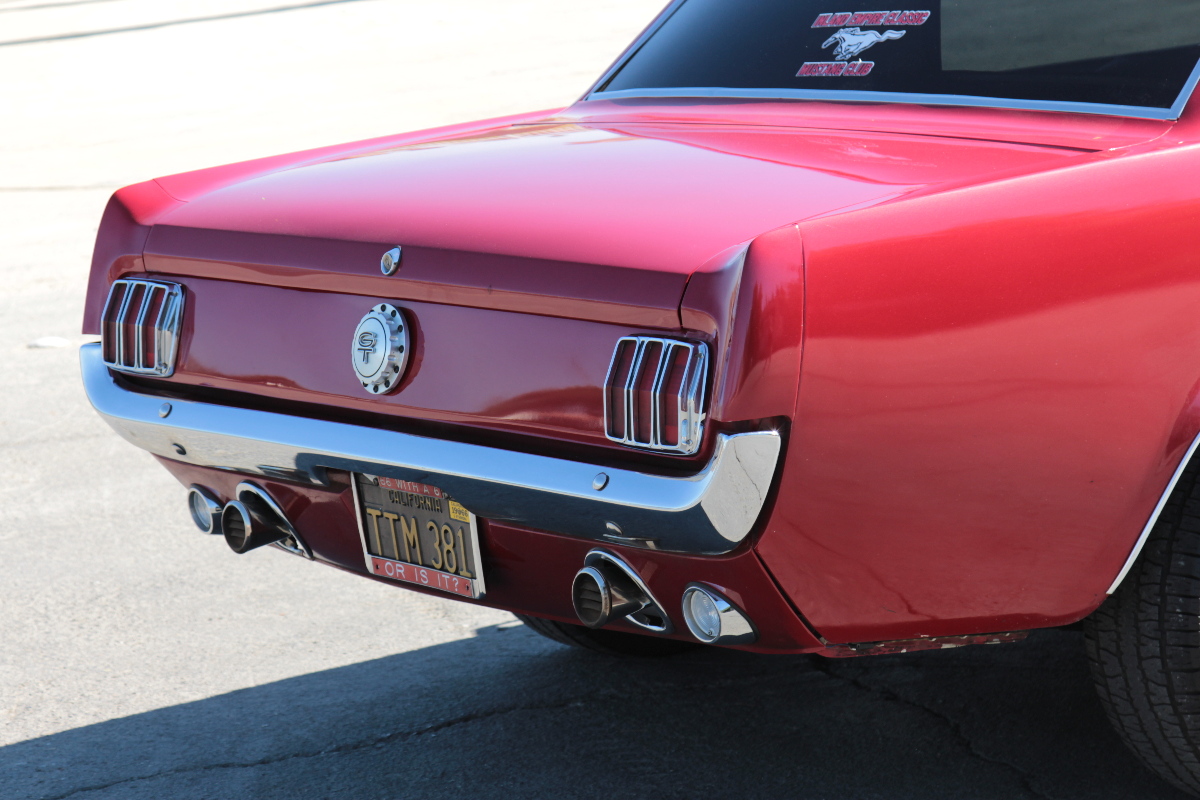 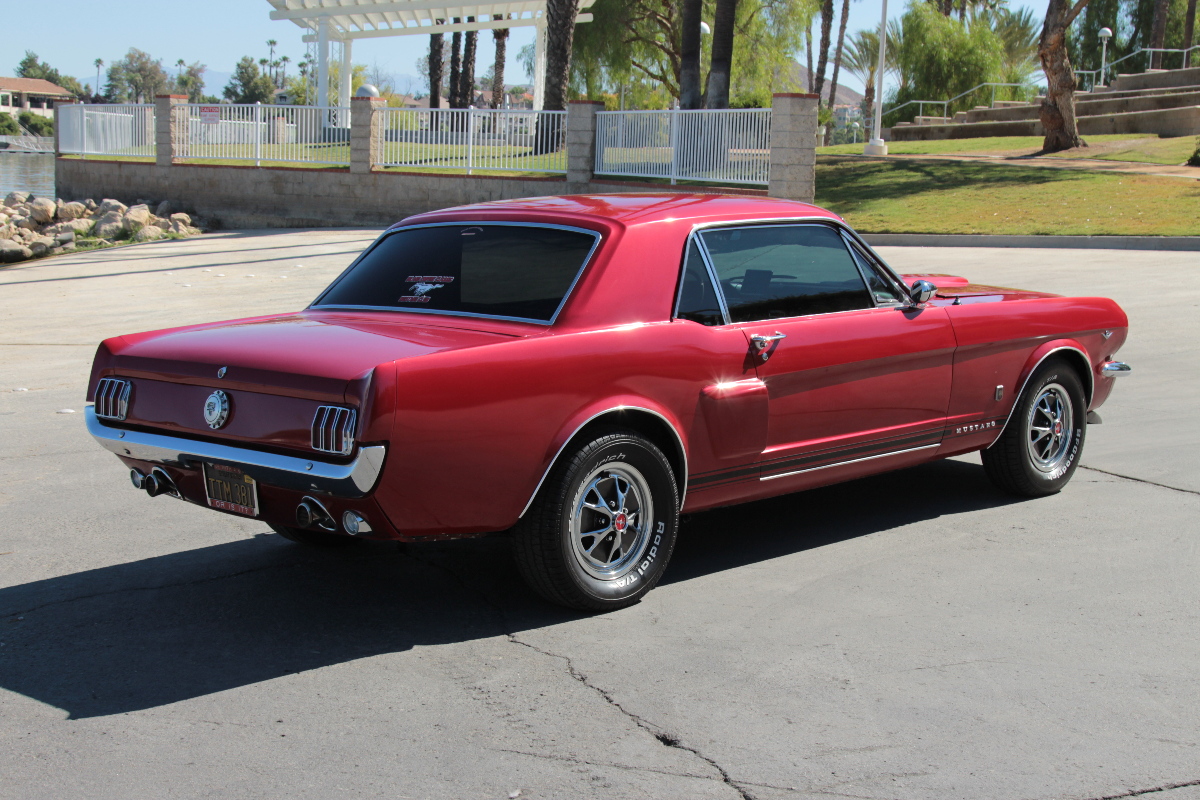 The Deception Of The Build

As we mentioned, Lee kept the Sprint 200 inline 6 engine and installed a 250 cylinder head. He said he does get a bit of ribbing from other enthusiasts about being a couple cylinders short, but he had a goal in mind when he was building the car. He was aiming for V8 power and knew he could be happy with it. He told us, “Why do you need a V8 when you can make power with the six? Plus I get better gas mileage, too!”

That’s a difficult argument to debate, and if you hear it you’d probably think he was running a small-block Ford under the hood, too.  Checking out the car from behind it appears to be a V8, too, since he’s running a dual exhaust on the pony car. Looks can be deceiving, as well as what you hear. 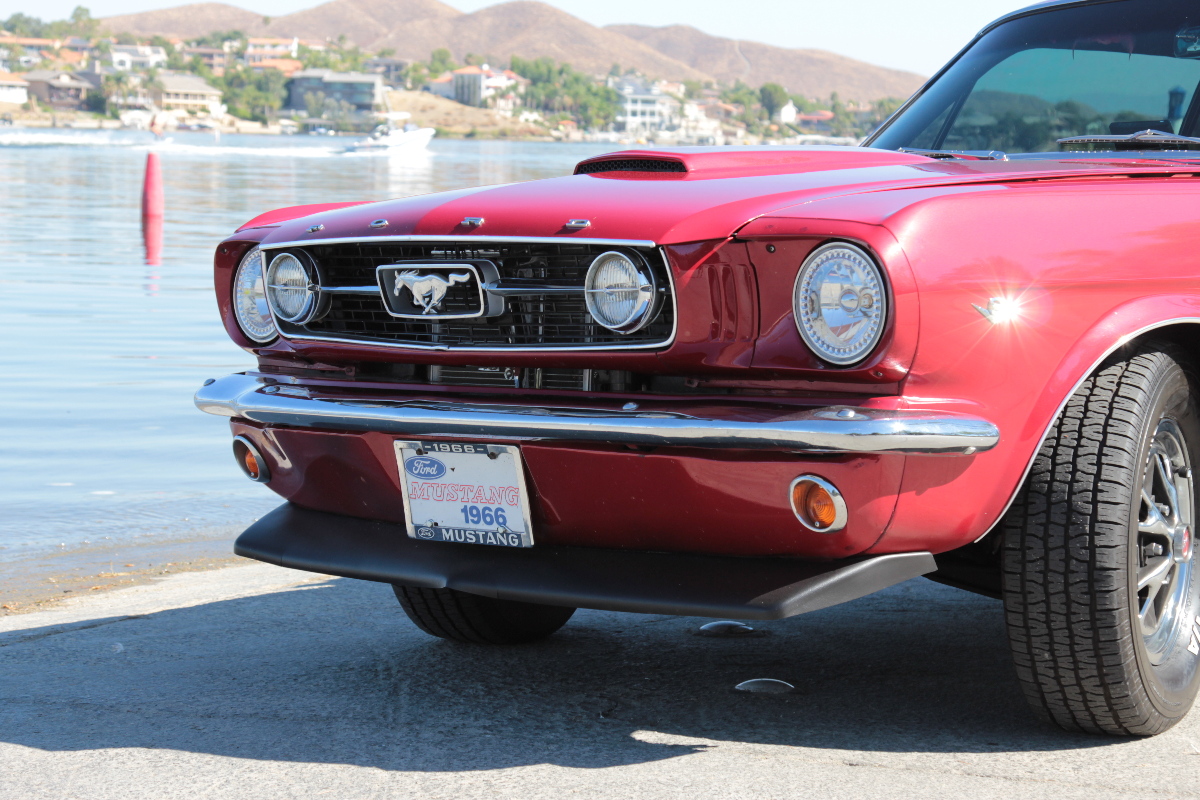 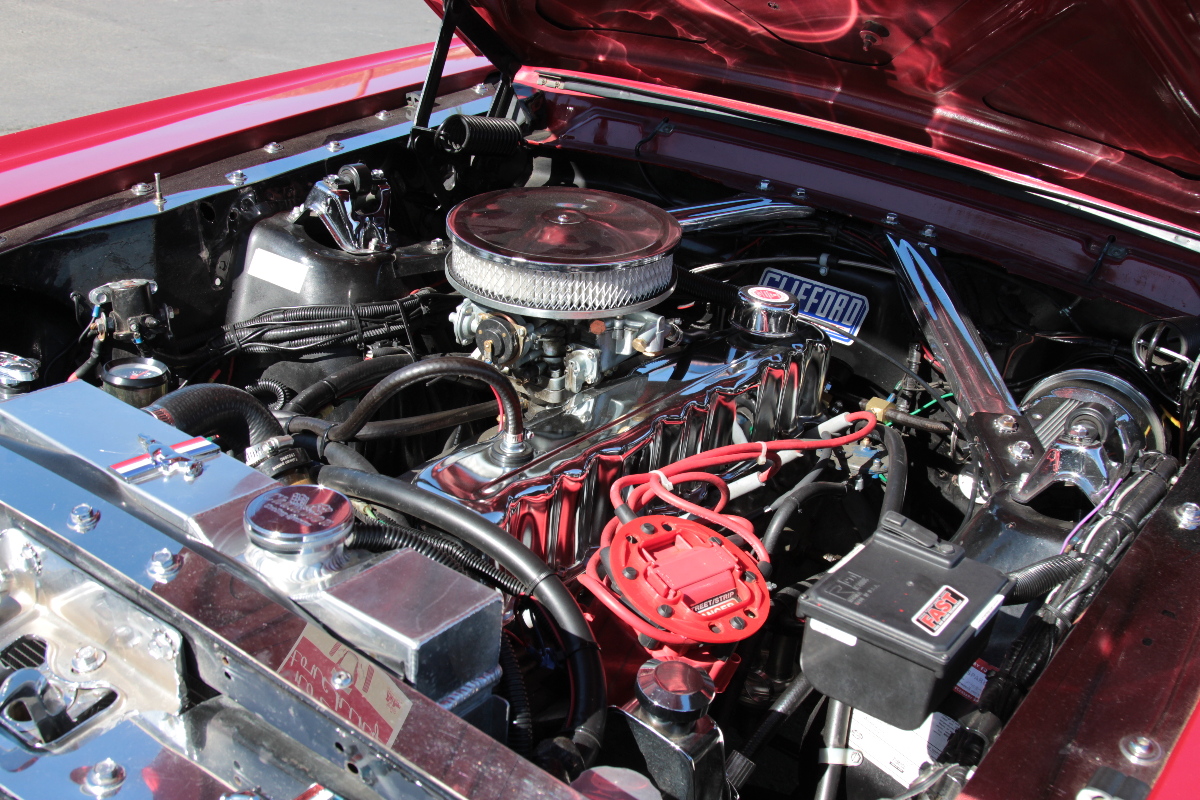 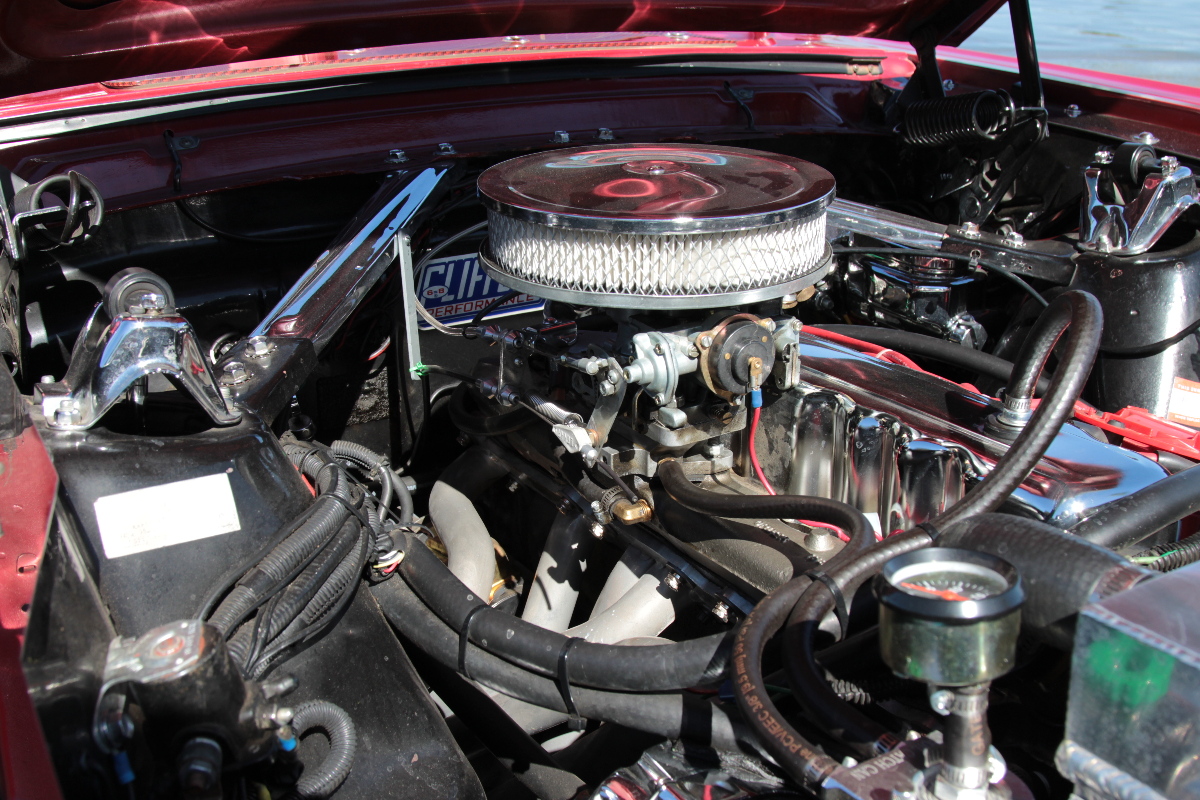 Up in front where that inline six resides you’ll find a few hop up parts installed, and that’s what makes this hobby fun and interesting. Lee says he likes to be a little different and this Mustang is just that. Sitting on top of the 250 head isn’t the standard fare for carburetion: a Weber 38mm two-barrel sits on an adapter to feed a little more fun down the throat, and the Clifford Pro-1 headers do the trick to increase the performance and the sound.

Of course, keeping it cool you know Lee called on Champion Cooling Systems for more shiny stuff. A 3-row radiator keeps him running cool even on blistering days sitting in line waiting to get into a show or event, which he attends a couple times a month in the sunny SoCal weather.

If his name sounds familiar, or you think you’ve seen the car here at Champion, then you’ve likely been to our annual Classic Car Show, of which Lee has donated his time and amazing gifts for our Opportunity Drawings. Having a great customer who enjoys the hobby this much – who helps out with the difficult task of putting on a car show – is always a blessing!

We took a closer look to the inside of the car, and in addition to the new steering column we found Dakota Digital gauges telling the tales of the straight six. For creature comforts, a Sony sound system and Old Air air conditioning makes it a bit more bearable on longer trips, especially on hot days. On colder days, the heated seats do the trick to keep him warm when the weather turns a bit chilly. 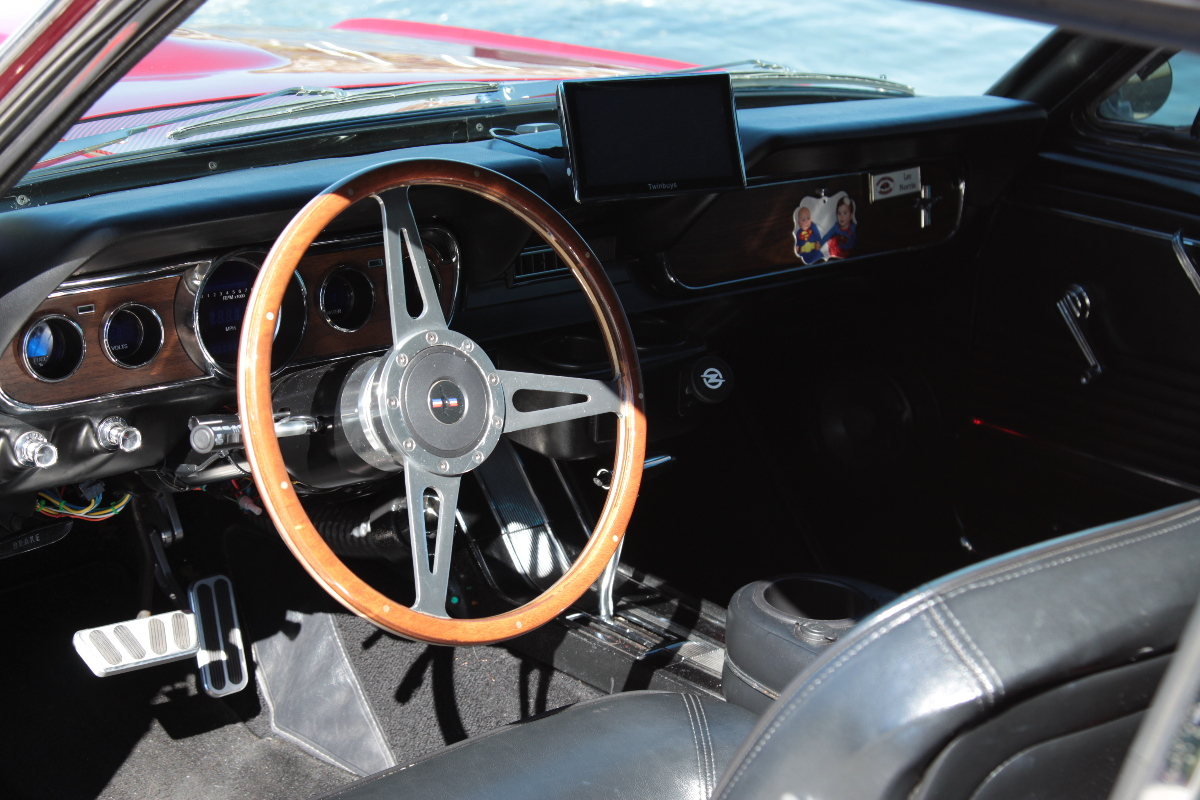 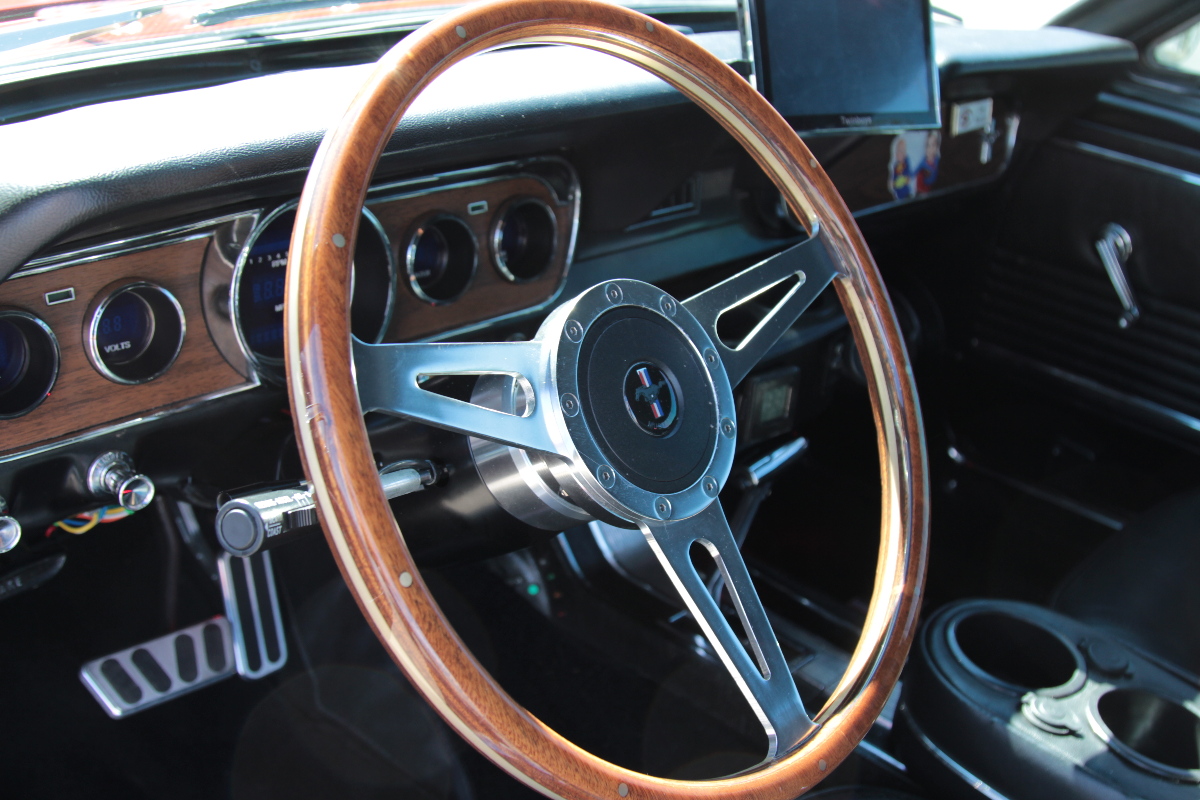 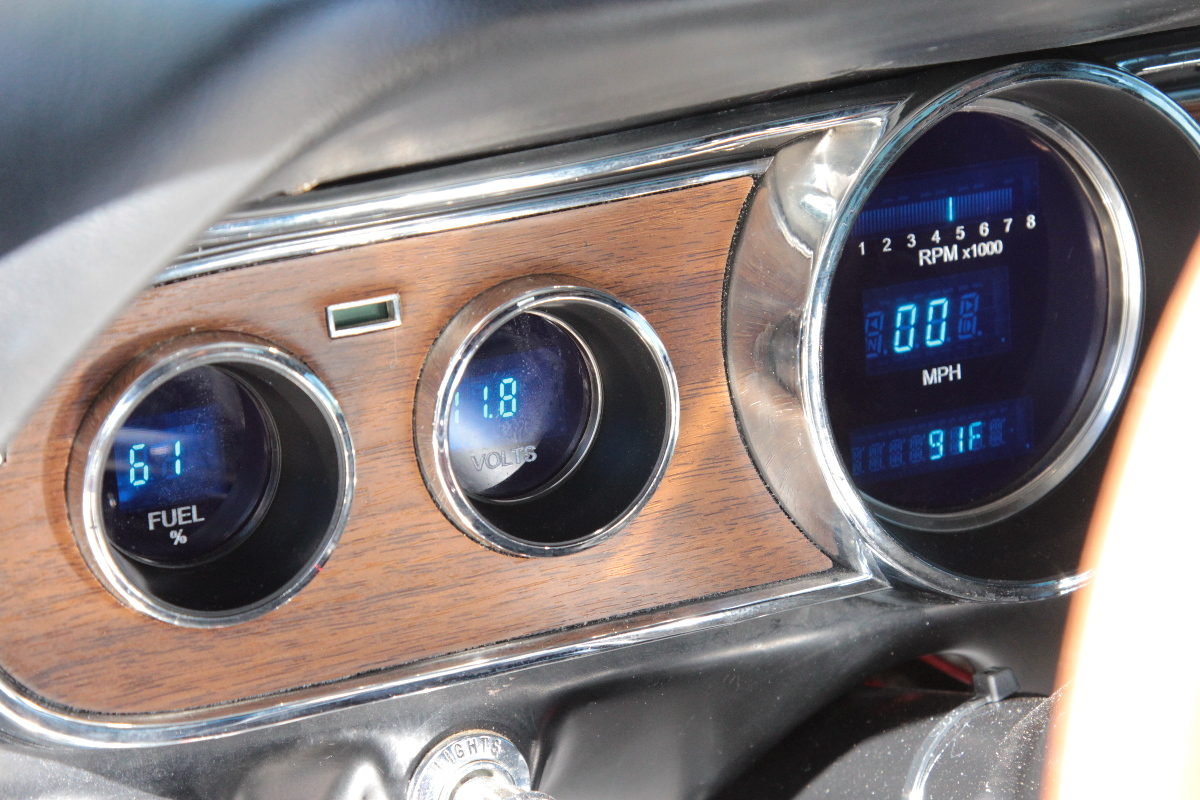 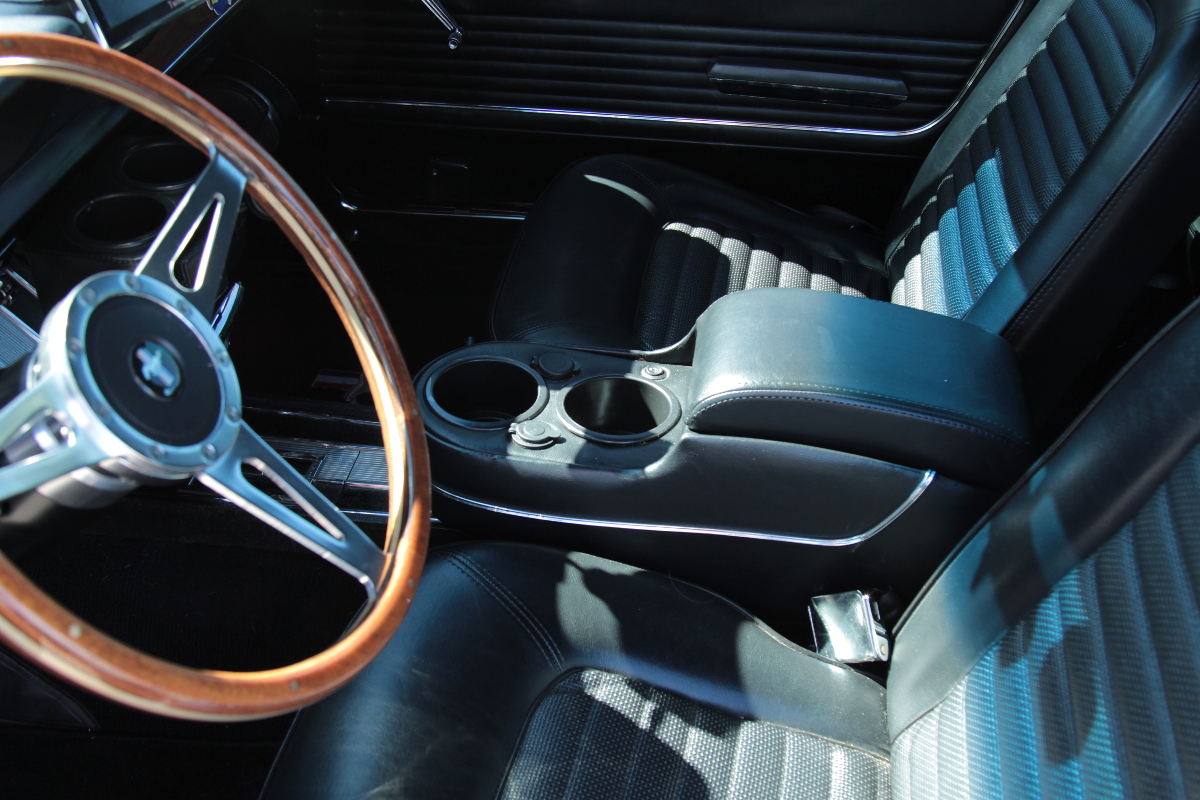 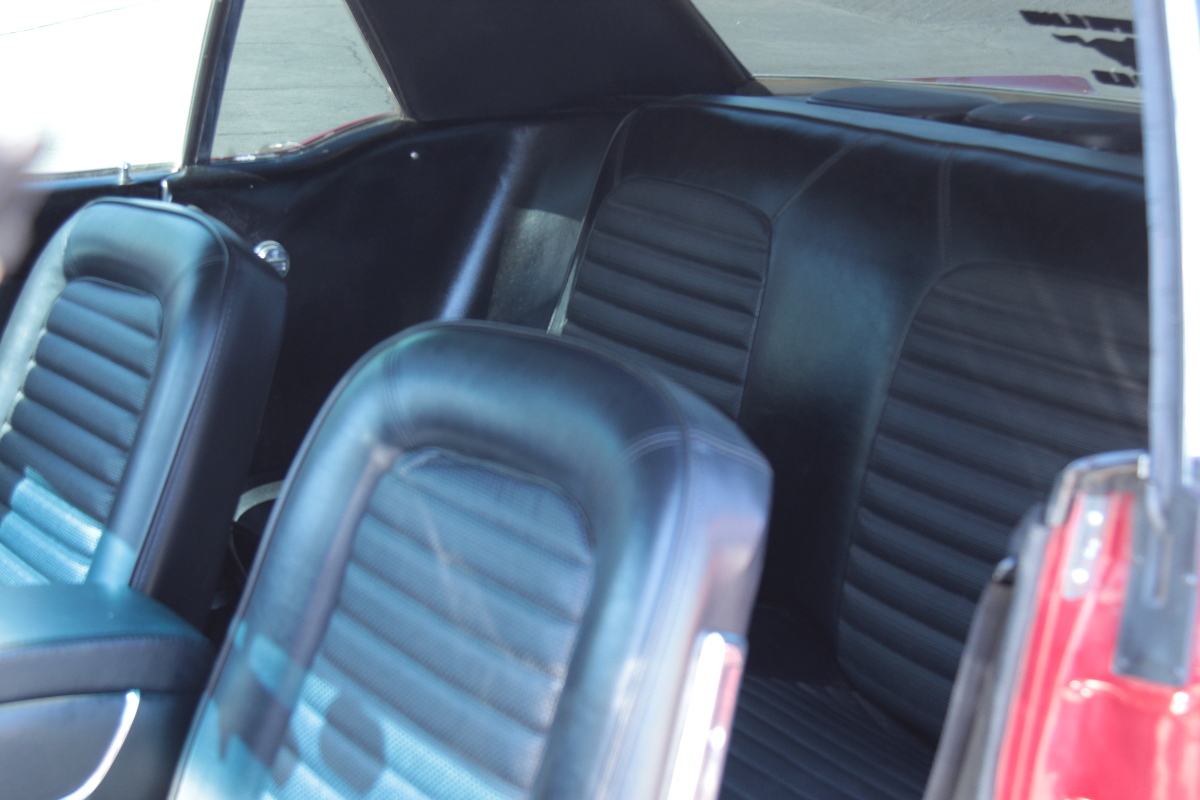 You’ll also find a GPS system to help him find the next big car event, and 3-way seat belts to keep him planted and protected. He’s driving the car every chance he gets, which is ab out 2-3 times a week, so all these upgrades and luxuries are a welcome addition to the Resale Red stallion.

On the outside, Lee has added side scoops and a hood scoop to give it a more aggressive look,  and rolling stock consists of 15-inch steel wheels with power disc brakes from CJ Pony Parts to help make the car a little more driveable among the weird Southern California traffic. He spent about seven years building his beauty, and the past nine years enjoying it. 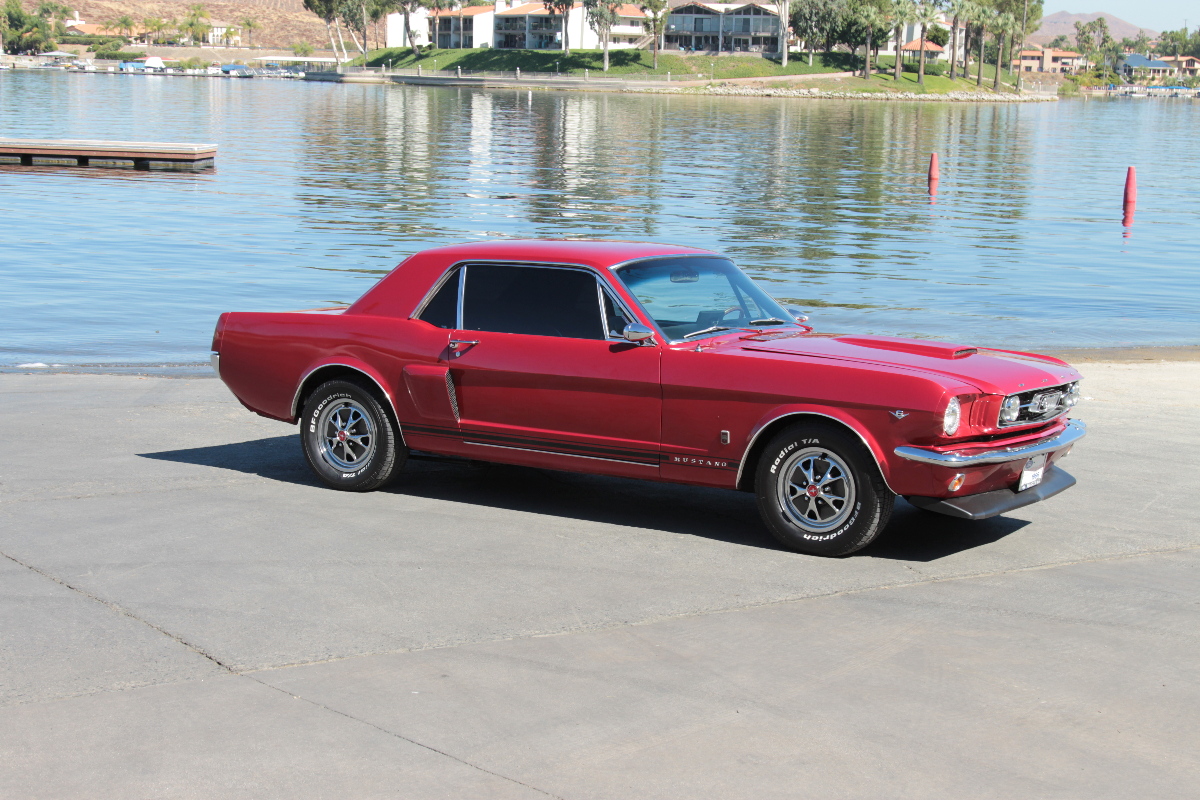 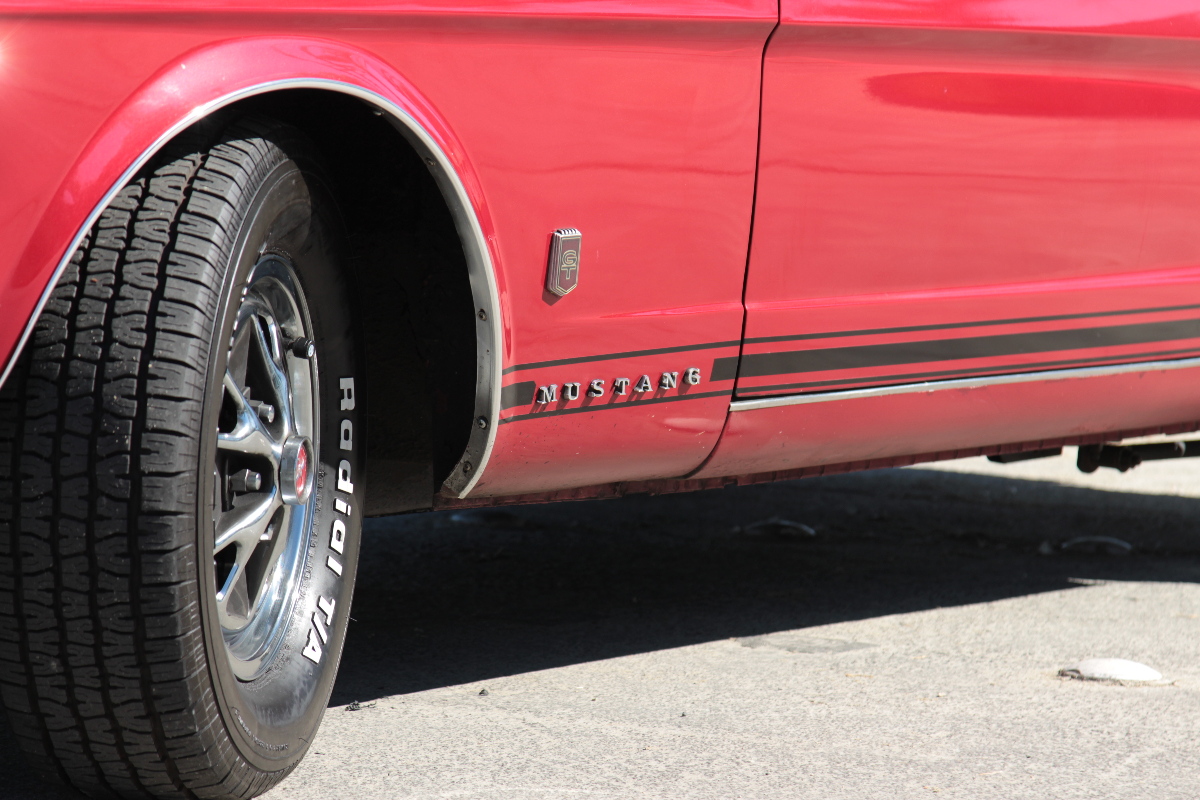 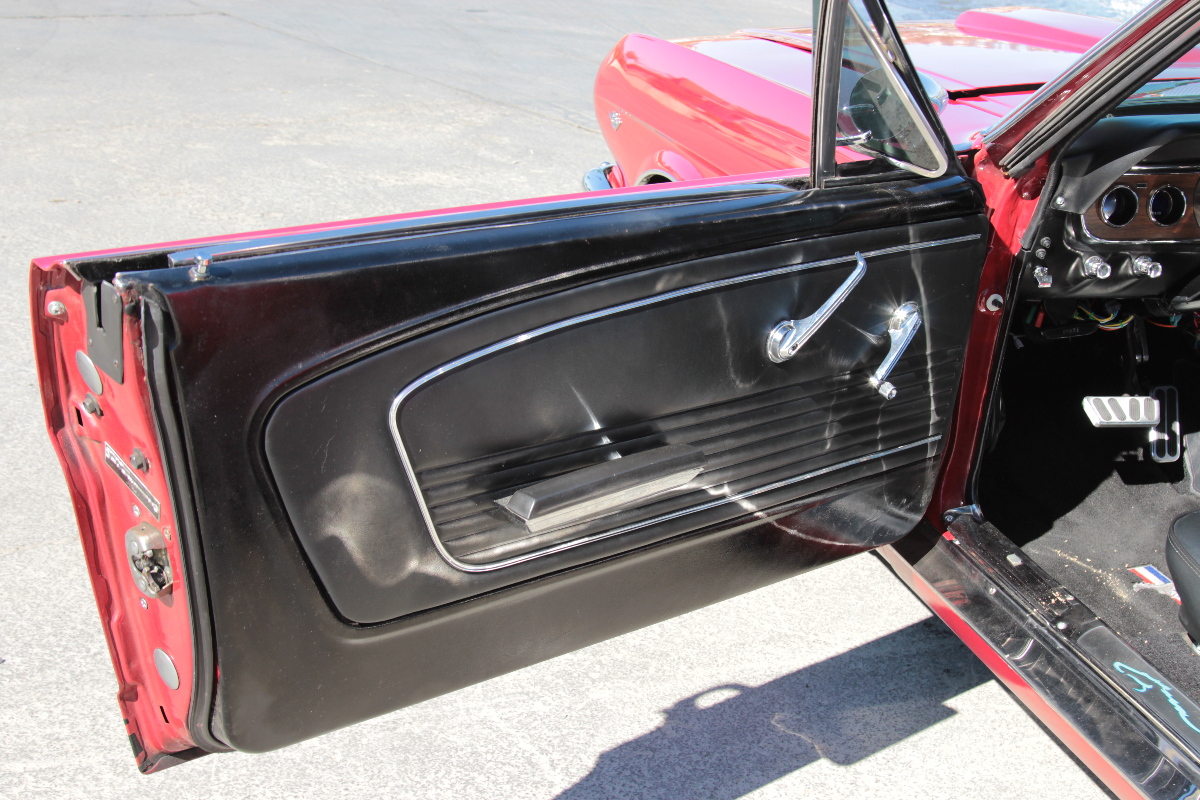 The best part of this build is that other than the paint and transmission build, Lee has done all the work himself, and that’s also what this hobby is all about. There’s nothing wrong with getting your hands a little dirty, and Lee has done his fair share of it with the Mustang. We’d say he’s done a great job with it, too, because everywhere he goes he gets a lot of looks, and until that hood is up, nobody knows the secret he has hiding underneath. 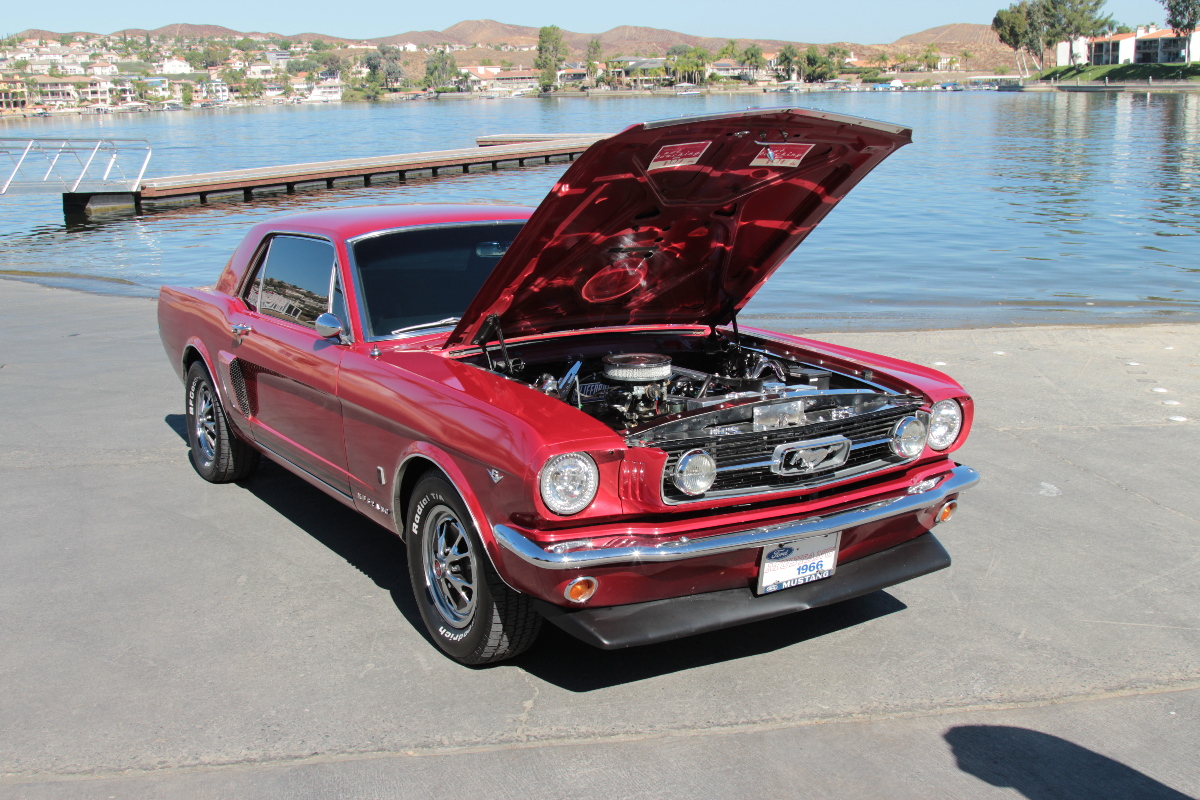 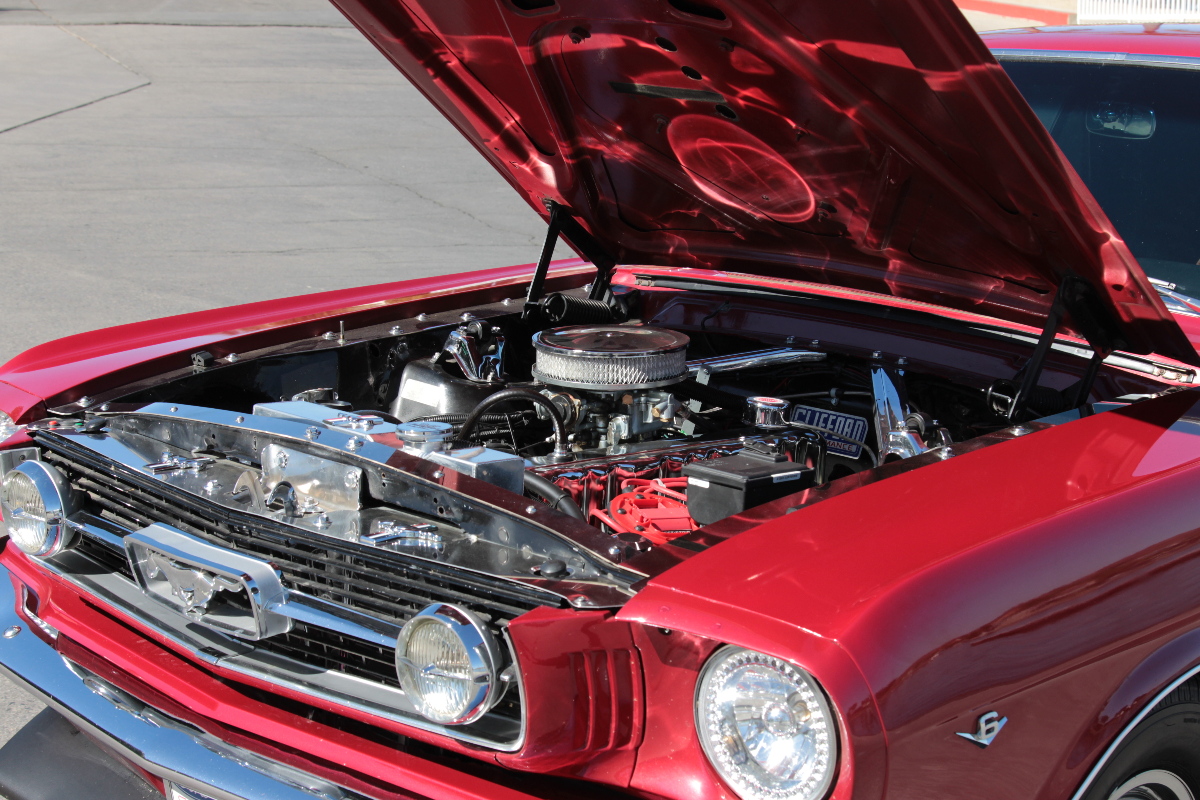 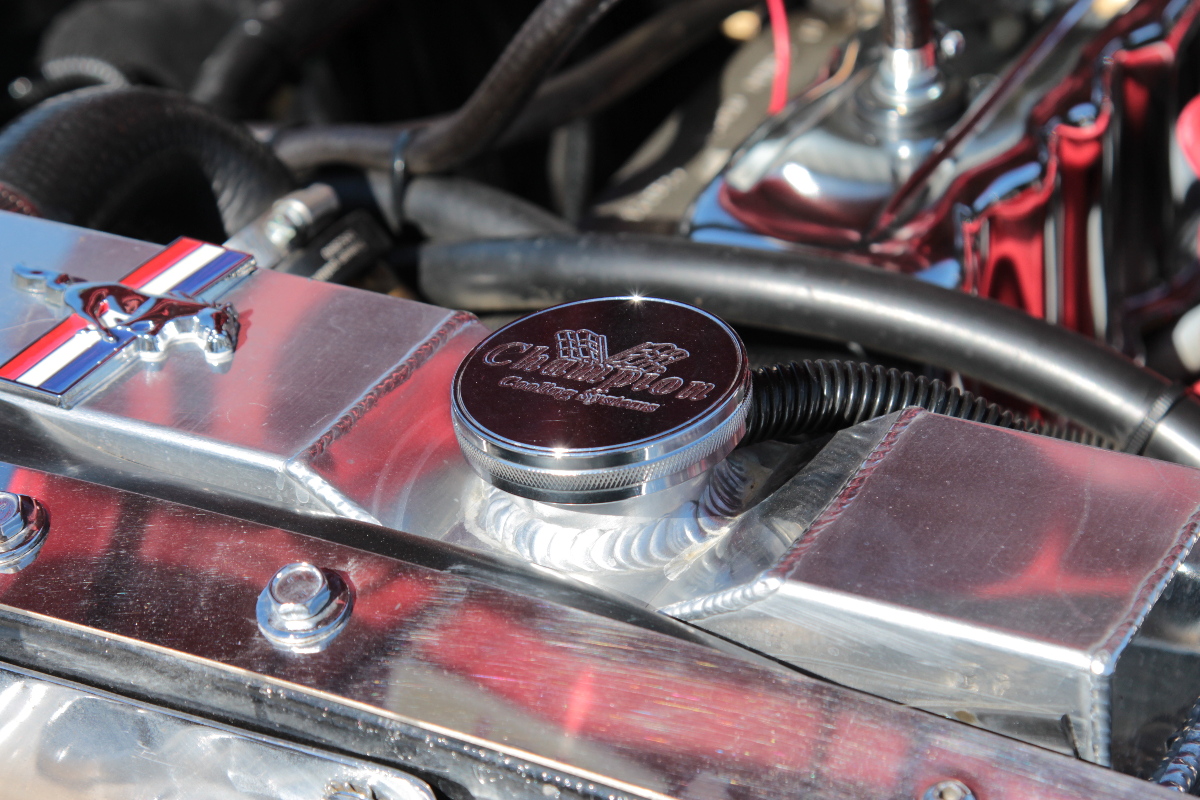 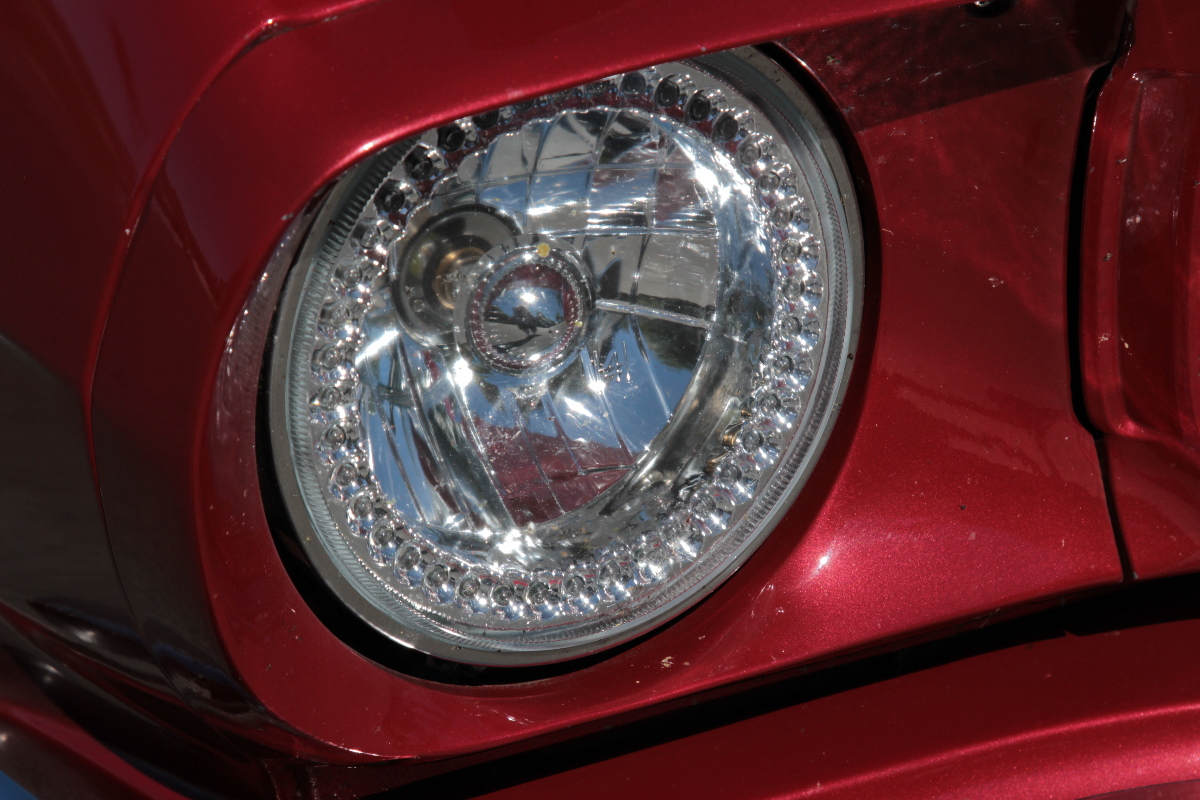 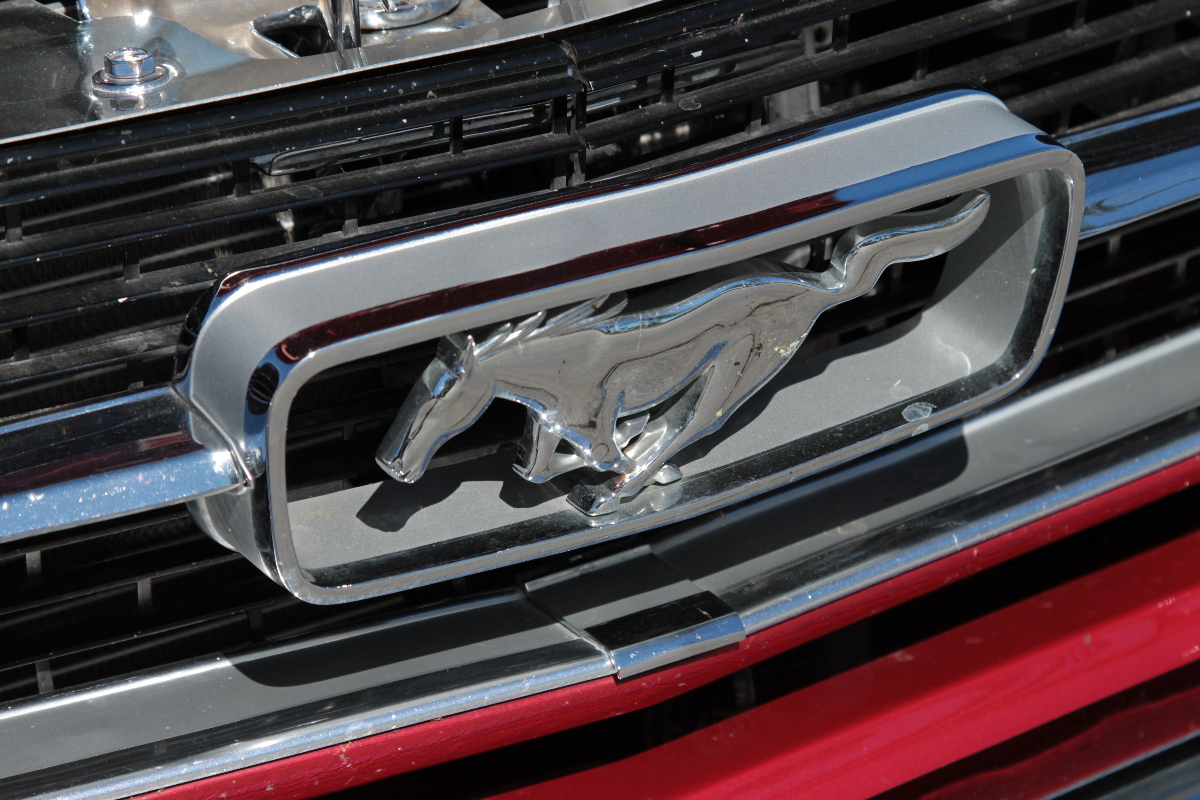 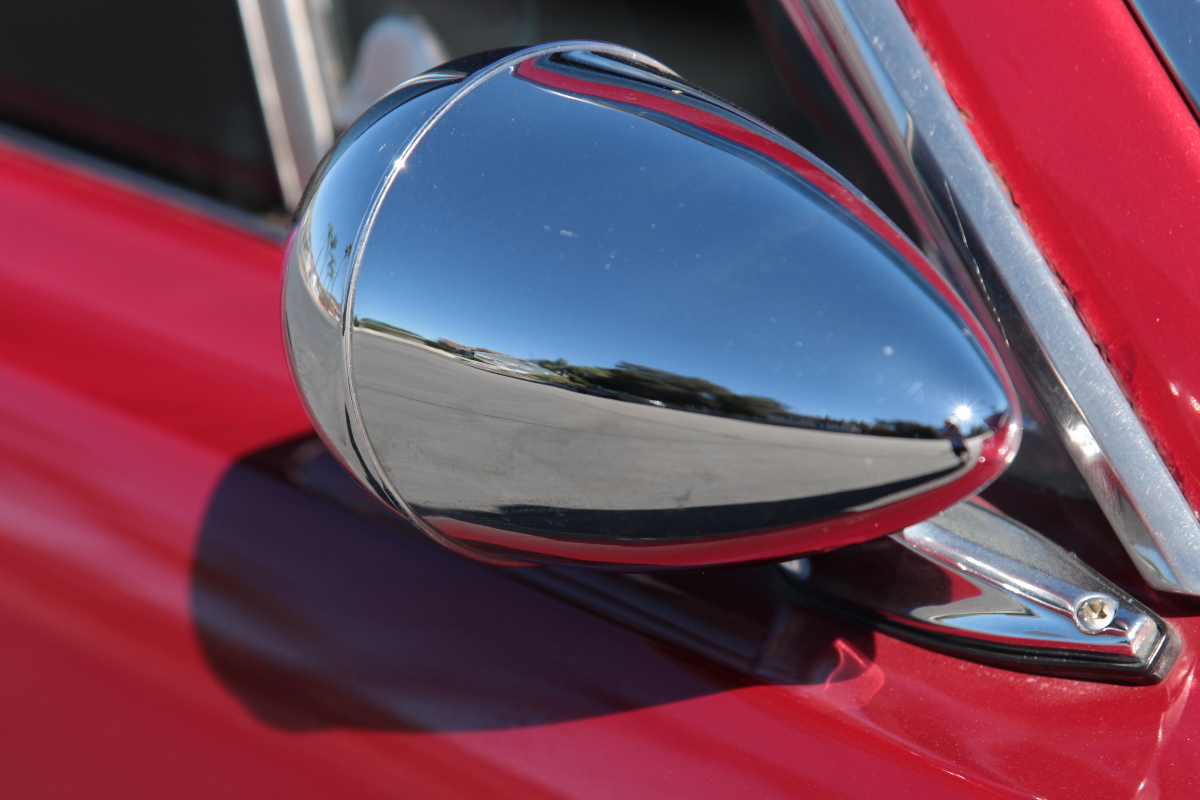