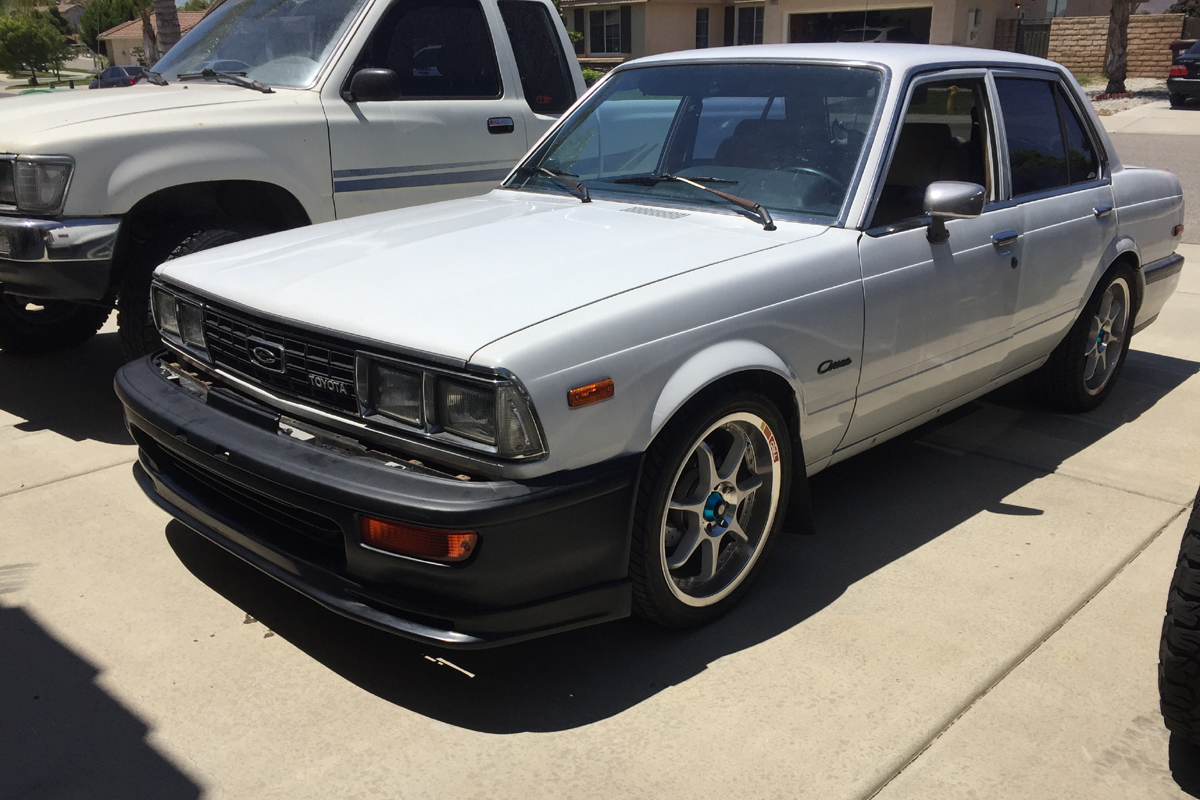 There’s one thing about classic cars that remains: they still look like a classic car. For many of us, the chrome bumpers is more appealing than today’s plastic fascias, and monotone paint. Vehicles from the musclecar era had their own style and panache, and for those who are loyal to that generation we salute you.

But then there’s the generation between the chrome bumpers and the body-matched fascias, and that left many of us with ugly bumpers. It was the era when they started calling them “impact bumpers” and quite often the bumpers protruded from the vehicles, and some even had impact absorbers either made of foam – or they were similar to shock absorbers.

That generation was during the time when the gas crisis hit and the imports imploded on the scene. Our Project Corona was one of those vehicles that had ugly bumpers. So in an effort to clean up the looks and give the car a modern touch, we swapped out the ugly bumpers for something a little modern.

The idea came from a friend many years ago who swapped a Honda Prelude front bumper cover onto his lowered Toyota mini-truck. It was modified, of course, but it gave the truck an interesting appeal, and that started the gears turning. He was a body man, so he had the tools to pull it off, and the challenge was on.

So follow along and we’ll show you what we did to complete this facelift and modernize  our 40+ year old Toyota Corona. One note of importance here is that we did not remove the actual impact bars themselves – they’re still on the car. We removed the rubber/plastic bumper covers and the foam impact cushions, with plans to perhaps use expanding foam to replace them and fill the void.

Giving The Corona A Facelift

After picking up a cover that I liked better, I found out that it was a much better fit than I had anticipated. The first bumper cover I tried was the Honda Accord, but this 1993 Acura Integra bumper cover was a better fit and looked better overall, so I searched for one on the cheap since I was going to cut it up and mutilate it a little to make it fit.

I found one locally for about $20, and went and picked it up. It was in poor shape, with a couple of cuts and scratches that would require some effort, but since it was essentially a ‘throw away’ it didn’t really matter. I also had checked and found that I could get a brand new one still, and it was affordable, so I started on the surgery that weekend.

The rear bumper cover was fabricated in similar fashion, but required more cutting. It’s a little wider, and the exhaust cutout was on the wrong side, so a little creativity had to go into that as well. I wanted to try another Integra cover, but the quarter panel on the Corona is a little longer than on the Integra, so it wouldn’t fit anyway, at least not without some heavy modification.

So what was the purpose of doing all of this? When I get asked, “why?” I respond “why not?”, and when someone says it seems like a lot of work on a car like this, I just tell them, “you don’t know the half of it.” Incidentally, the one thing about this car that makes it even more special is that with all of the other modifications that I’ve done – and plan on doing – it’s insured by Hagerty classic car insurance for just a little over $100 a year, full coverage.