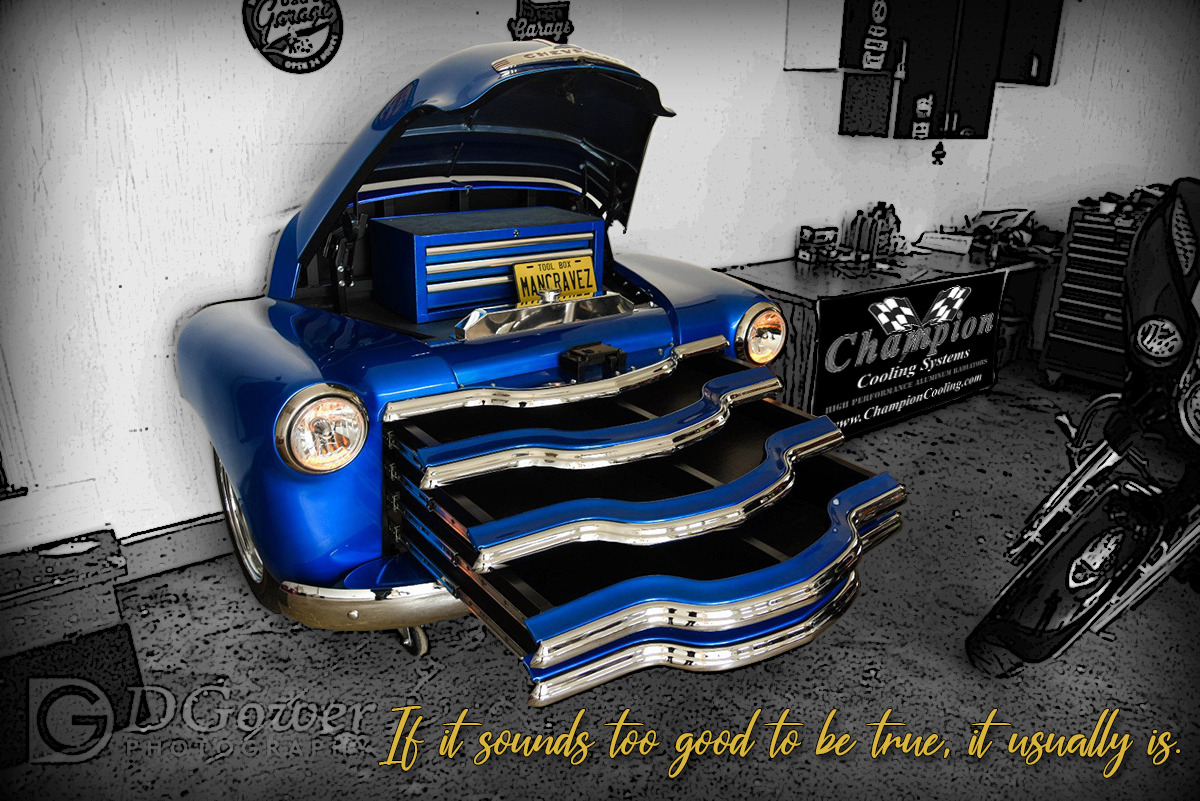 There’s a saying that has been around for decades:

“If it sounds too good to be true, it usually is.”

That catchphrase was used by the Better Business Bureau since at least 1954 in its attempts to alert the public to crooked and shady business dealings. In 1962 there was a short film highlighting that very notion, produced by the BBB, and it’s been posted to YouTube in part 1 and part 2.

Now, many of us have come across smoking hot deals from time to time, so it’s not unusual that we can end up on the winning end of a bargain. Typically, that’s another saying that has been around for a long time, too: Being at the right place, at the right time. 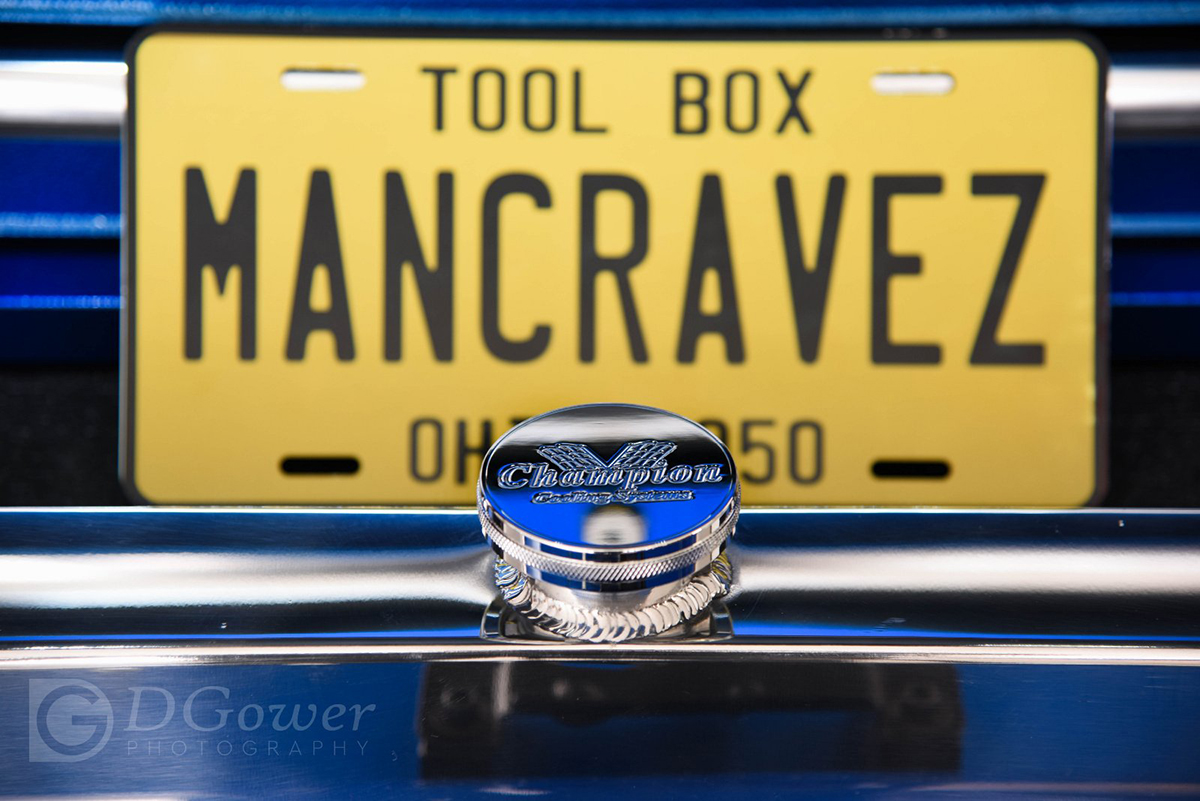 But sometimes we have to dust off that old noggin and give some thought to what we’re about to dive into. One of those times is when you see something posted for pennies on the dollar, but you know it has to be expensive, just from the looks of it.  That BBB catchphrase needs to part of our mantra, especially in this day and age.

We’ve come across people like that before when they counterfeited our radiators and pawned them off online. The person who buys our radiator – with a Lifetime Warranty – but pays less than half what we sell it for just fell for a scam. Skepticism is a good thing, sometimes, and unfortunately someone had bought our name but didn’t receive our product. 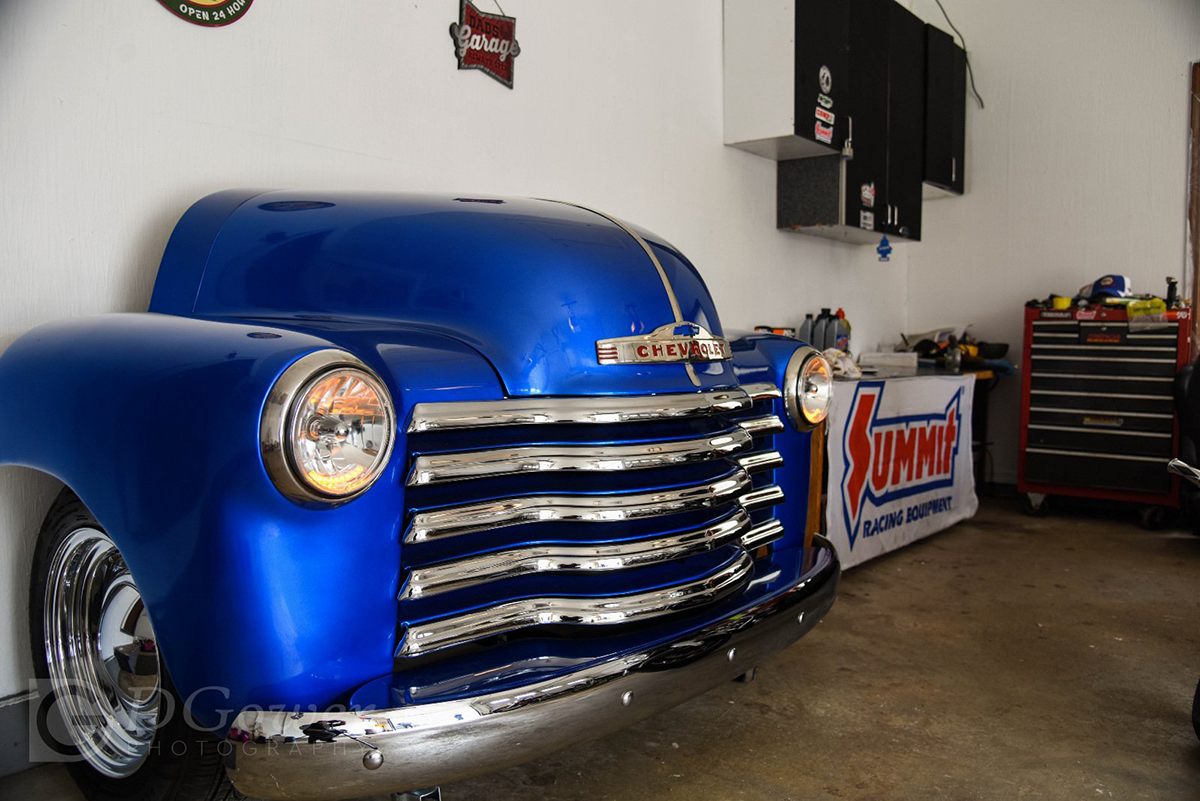 Lately we’ve been made aware of another product that is being promoted online for the astronomically low price of just $39.95. Unfortunately, those who are parting with that small amount of money assumed they were getting a smoking hot deal on this custom 1950 Chevy 3100 Toolbox. But they’re not too happy with the plastic fishing tackle box they’re receiving in its place.

I initially found this toolbox on the internet a few years ago, and I’ve written a couple of articles about it. Sadly, someone has lifted the photos I used – along with my email contact – and they’re scamming people. When those people get their plastic tackle box instead of this beautiful toolbox, they use the only email contact they found: mine. 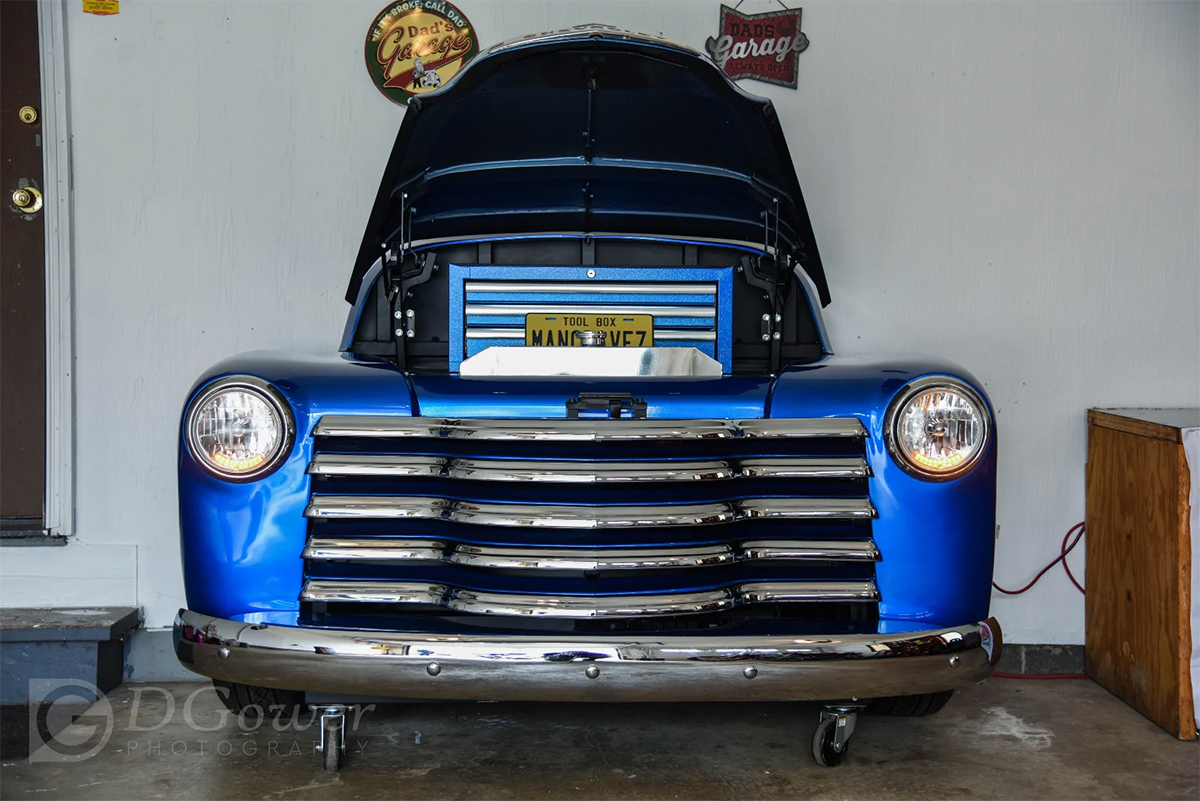 You might say to yourself, why would anyone think this is going to sell for that price? Well, we don’t always tell our significant others the actual amount we paid for our car stuff, do we?  So far every email complaint that I’ve received was a woman who was buying this for their husband or boyfriend – or their father.

Fortunately, it’s just $39 and some change; but the scariest part of it is that now they know the person is crooked, what will that person do with their credit card number and security code that was just provided to the scammers? Sure, you can turn them in, but they’ll just set up shop somewhere else online – and they still have your information. 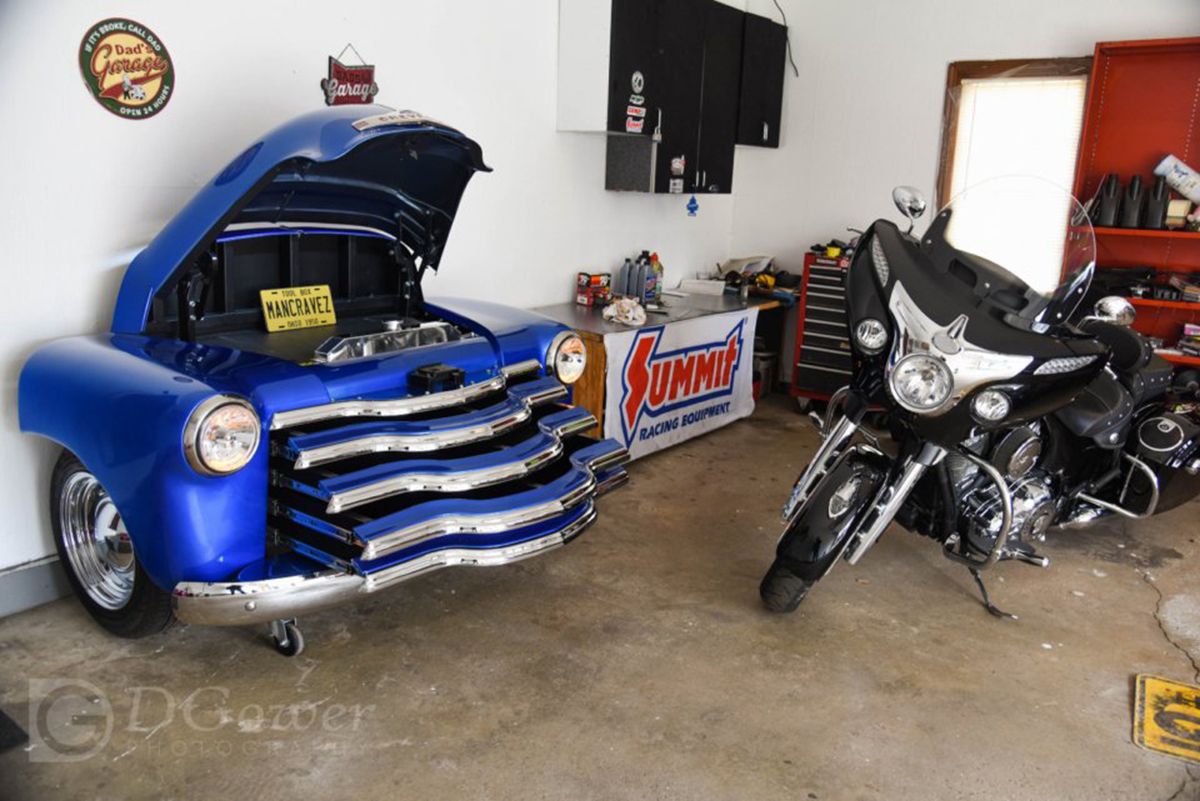 A show of hands…. who enjoys cancelling a credit card by reporting potential fraud, and waiting a week or two for the new card to show up? Anybody? Beuller? Bueller? I didn’t think so, nobody likes to be taken, but the point is that these scams only take place because they do work. If they didn’t work, the scammers would be trying something else. Ever have someone try to sell you an extended car warranty?

My personal friend, Bob Collins, is the guy behind this very cool Mancravez Toolbox, and Champion Cooling was a part of this coolness when we provided the upper radiator tank and Billet Cap to top it off. The idea for this rolling toolbox came from a custom Chevy 3100 build by Kindig It Design. Bob liked the build, and the gears of ingenuity started churning when he saw the grille slats as the drawers, and the hood as the lid for the upper box. 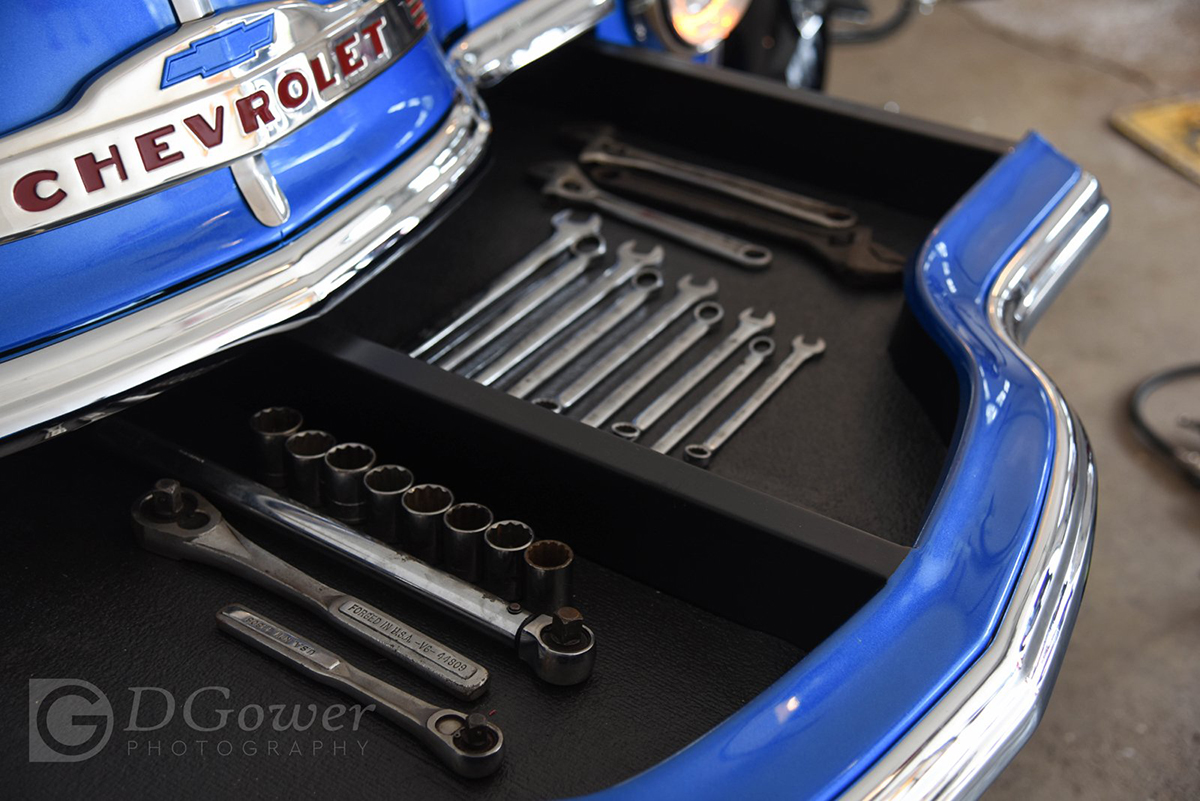 It’s truly an incredible work of art, and it’s completely functional. The unfinished version comes in at about $5,500, with a fully finished version – including audio, working headlamps and signal lamps, and Bluetooth capability – runs upwards of $9,000. It’s a full-size truck front end, so it not only requires a little bit of coin to purchase one, but it’s going to occupy some real estate in your standard garage.

No, this is a toolbox for the mancave, and it will set you back the price of a project car, but it will also be the one that makes your friends a bit envious. So if you find this advertised on the internet anywhere for the remarkable low price of just $39.95, don’t break out that credit card just yet, you might just be buying yourself a tackle box full of disappointment.

How Can You Avoid Being Ripped Off?

The first clue is that the deal is way too much of a bargain; remove the price and look at the item being sold: would you expect that item to be well over $500 if you saw it in a store? A thousand? If so, then you can be sure nobody is selling it for under $50. Another thing to do is to check out the main page that is selling it: if the promotion is on Facebook, look at their Facebook page and look at these details:

• What are others saying on the page? One person being ripped off is enough of a warning that they might not be legit.
• How long has the page been active? Less than a month is a sign they might be scammers who get shut down and start a new page.
• What other items are they selling? If everything is being sold for a remarkable price, that’s another red flag.
• Where are they located? If their promotion states they’re “US Owned and Operated” but their social media is in a foreign country, they’re lying to you.
• Do they try to hard to convince you how legitimate they are? Legit companies don’t need to try so hard to tell you how much you can trust them.
• Check out the reviews, if they have any. If the reviews are poorly written, and look like they’re written by the same person, they probably are.
• Check with someone who is in that industry. For example, in the case of this toolbox, ask a friend who’s into cars, or a mechanic – their skepticism might save you some heartache. 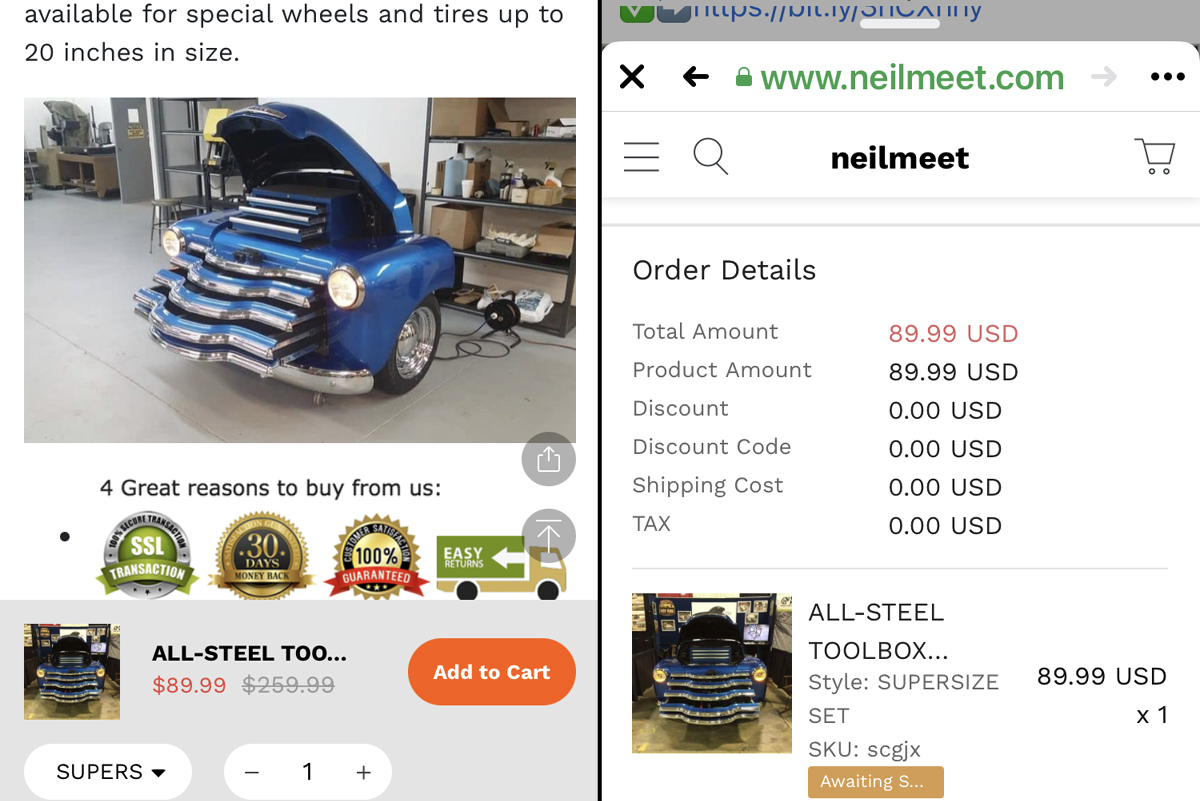 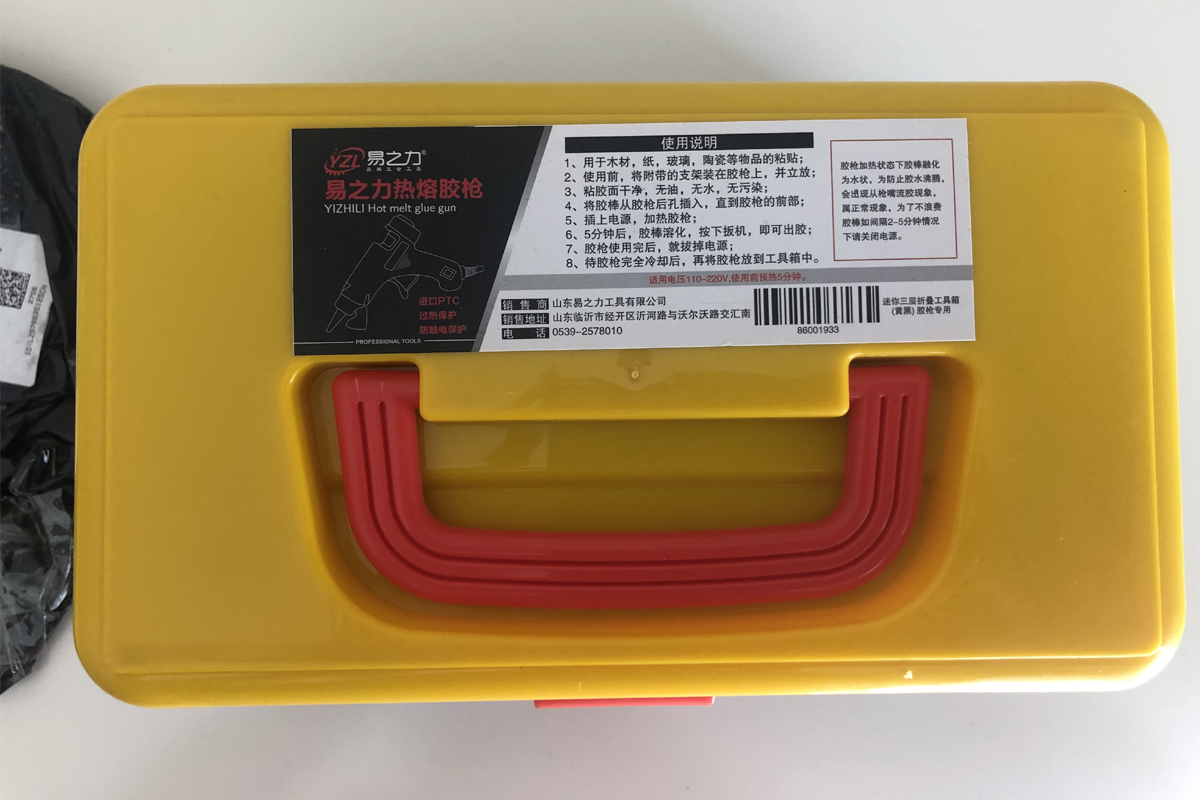 LEFT: The advertisement shows the full size toolbox, with a remarkably low price of $259.99. But that was marked down to $89.99 on this site claiming it was an All-Steel Toolbox. RIGHT: This is the box that was sent, the person was charged $89.99 and received a cheap, plastic tackle box worth about $3.

The bottom line is that these scams are showing up because they’re working: they’re making thousands of dollars off of these fraudulent sales. They aren’t concerned with you, they just want your money – and your credit card number. 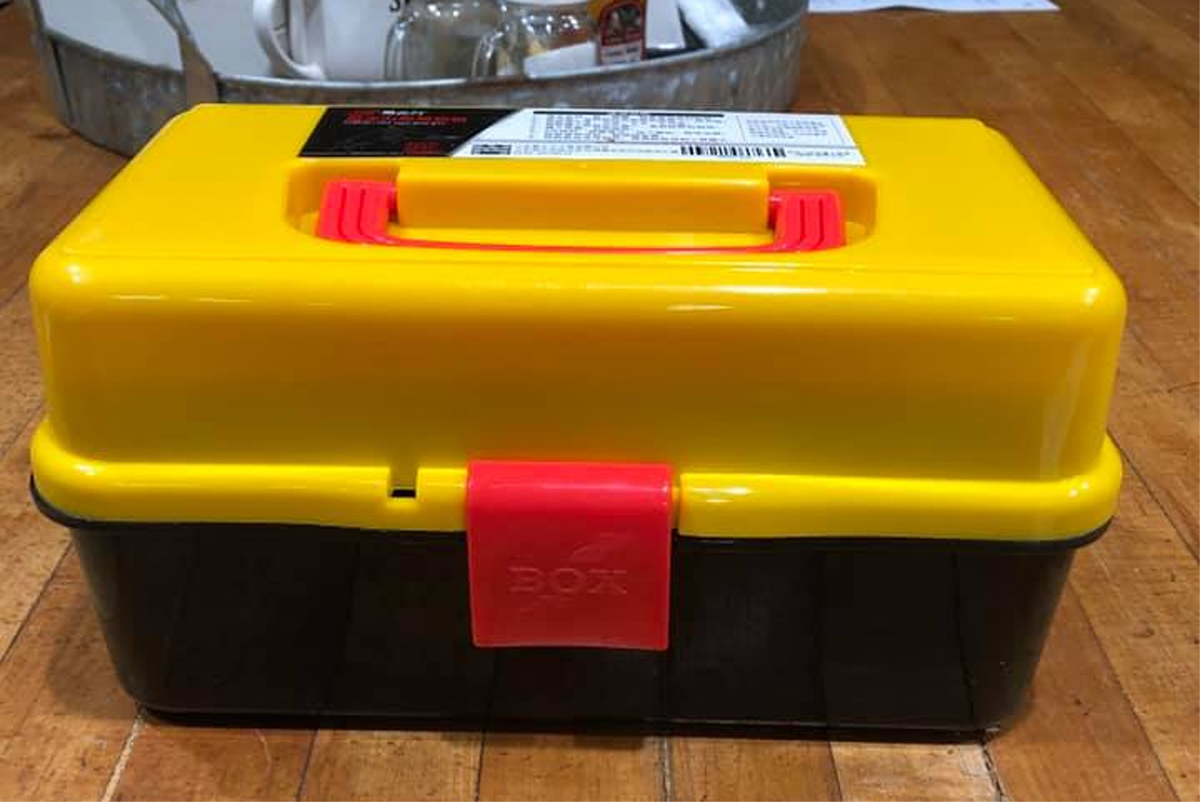 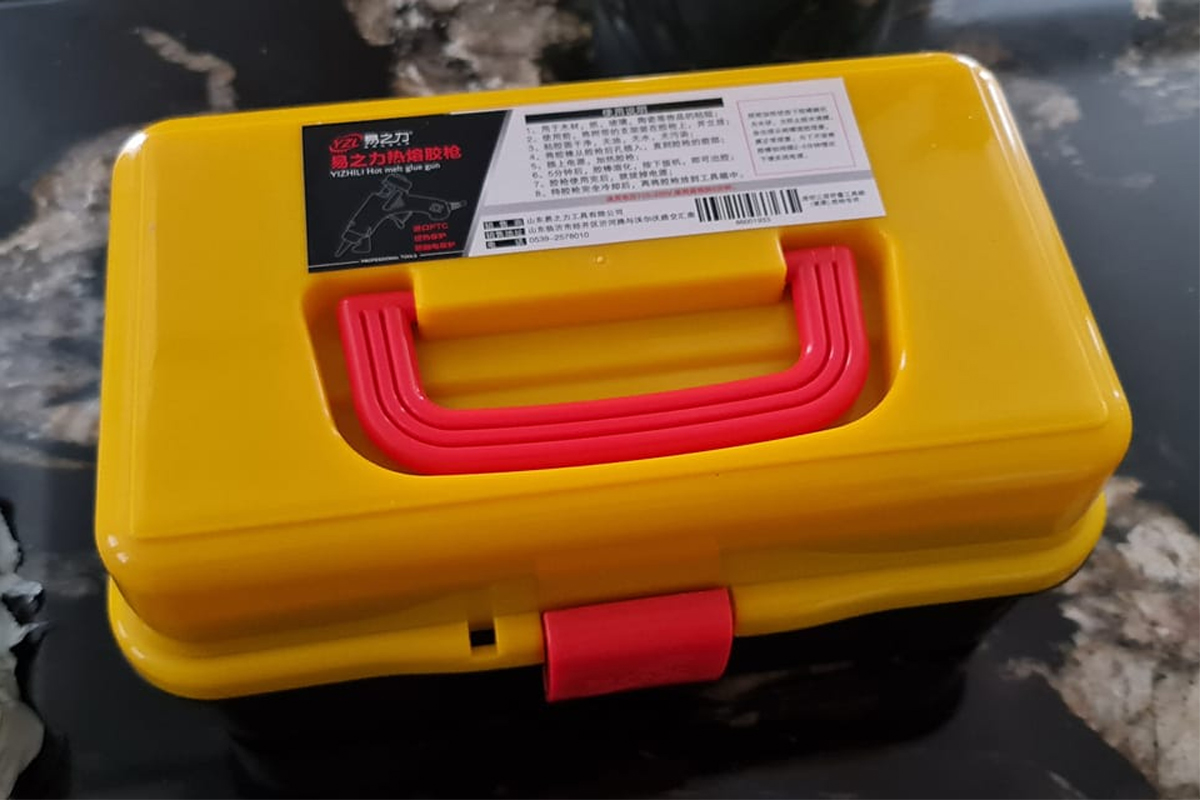 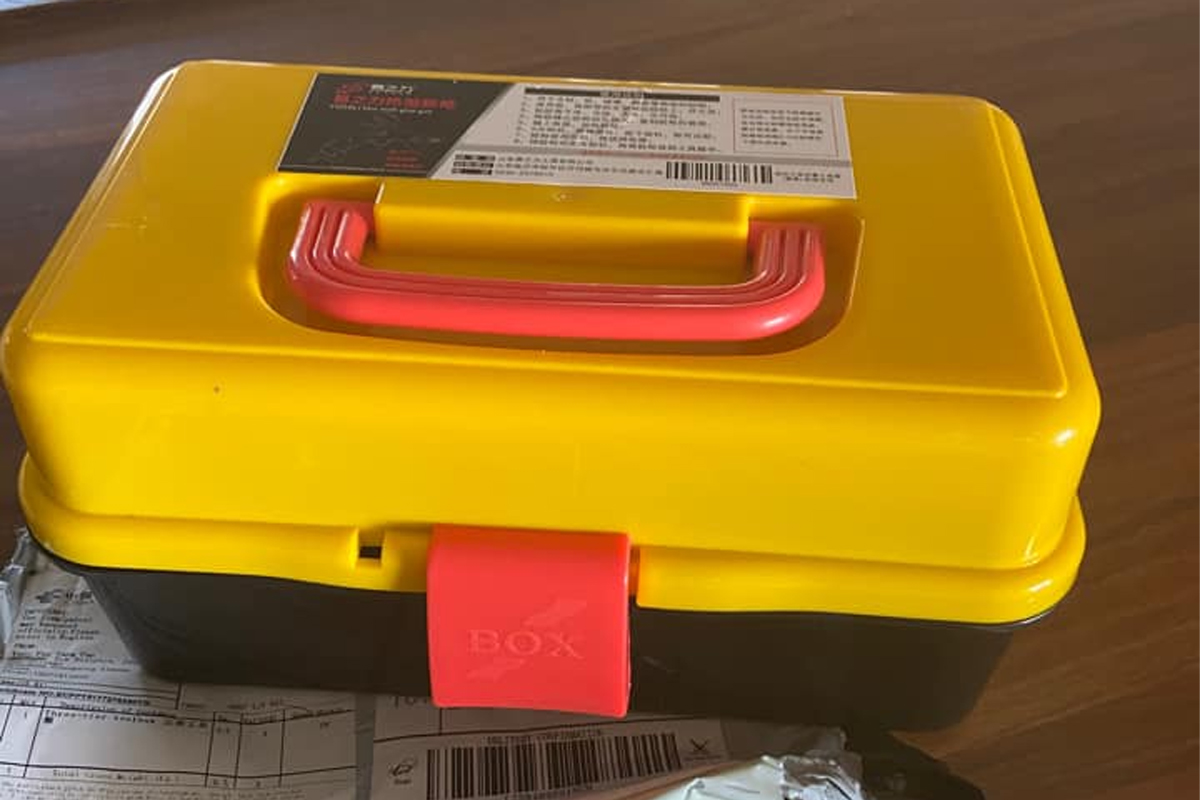 We hear they’re now selling black plastic tackle boxes because they apparently sold out of the yellow/orange boxes. That means the scam is still working, and they’ve made off with a lot of your money. Fight back, share this article and alert everyone!