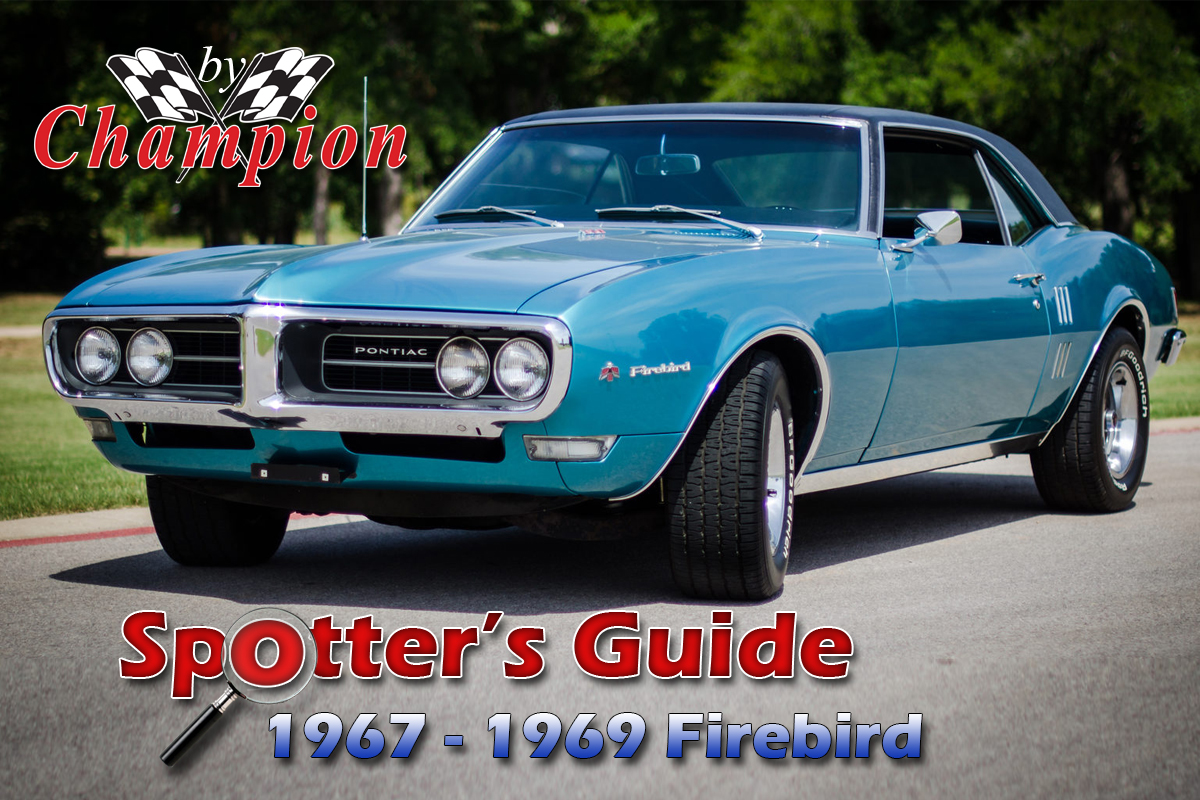 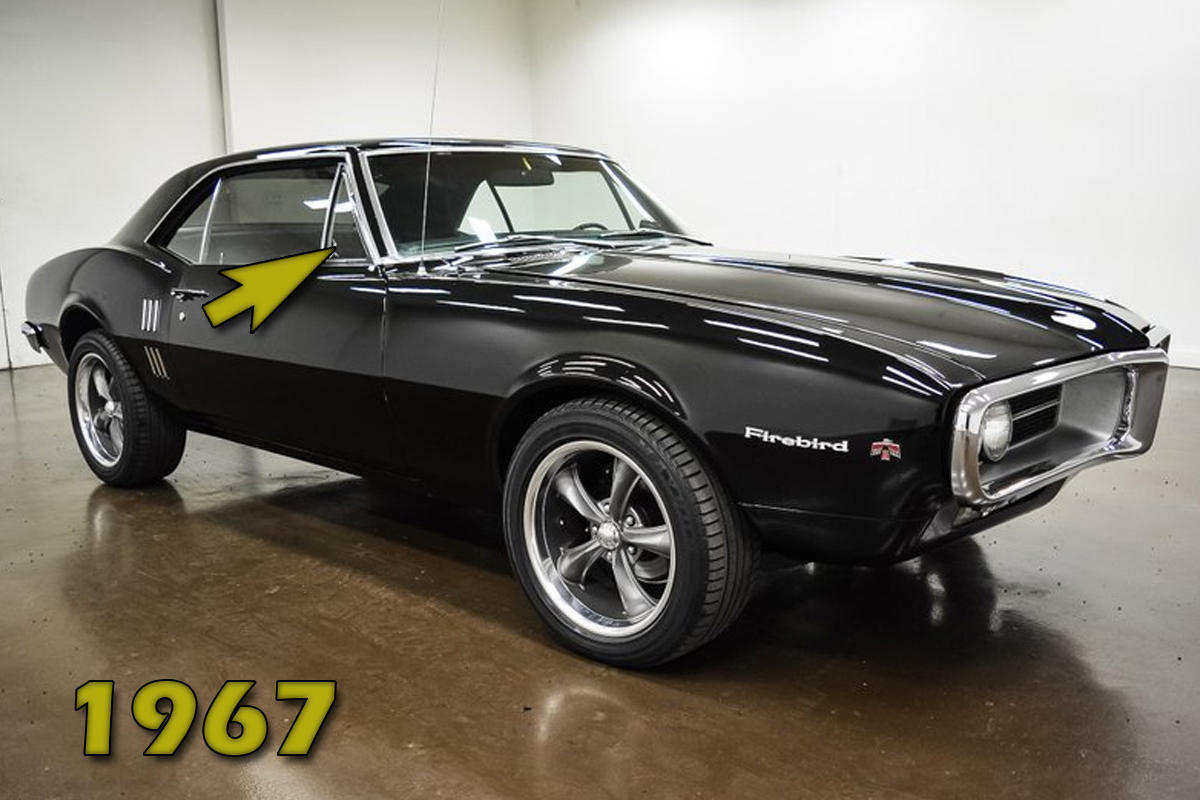 Much like the Camaro, the 1967 and 1968 Firebird have the same body and very subtle differences. The first notable difference is the vent window on the 1967 models, it disappeared in 1968. This makes it the easiest way to distinguish the two years. 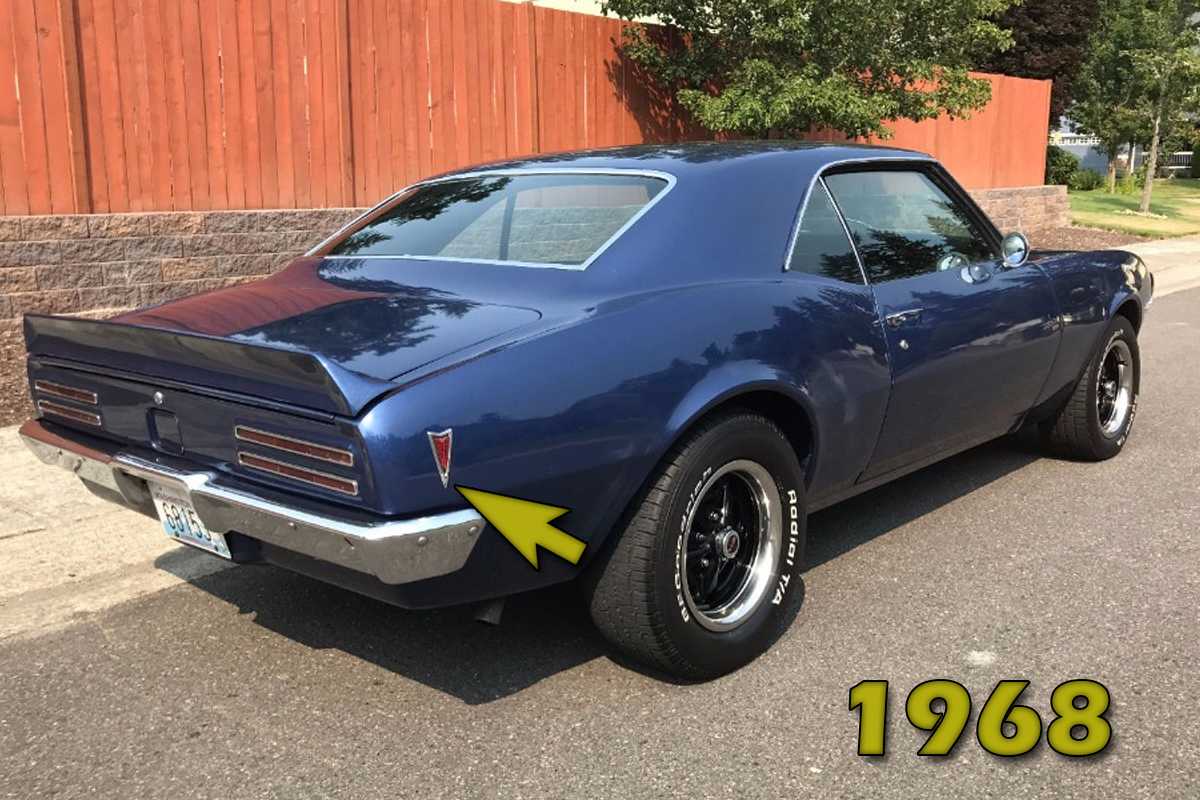 In 1968 Pontiac added the “Chief” arrow for the rear side marker light.  It just happened to be the same arrow that is on the grille and locations on the Firebird and other Pontiacs. Prior to 1968, the F-body ponycar was void of any side marker lighting. 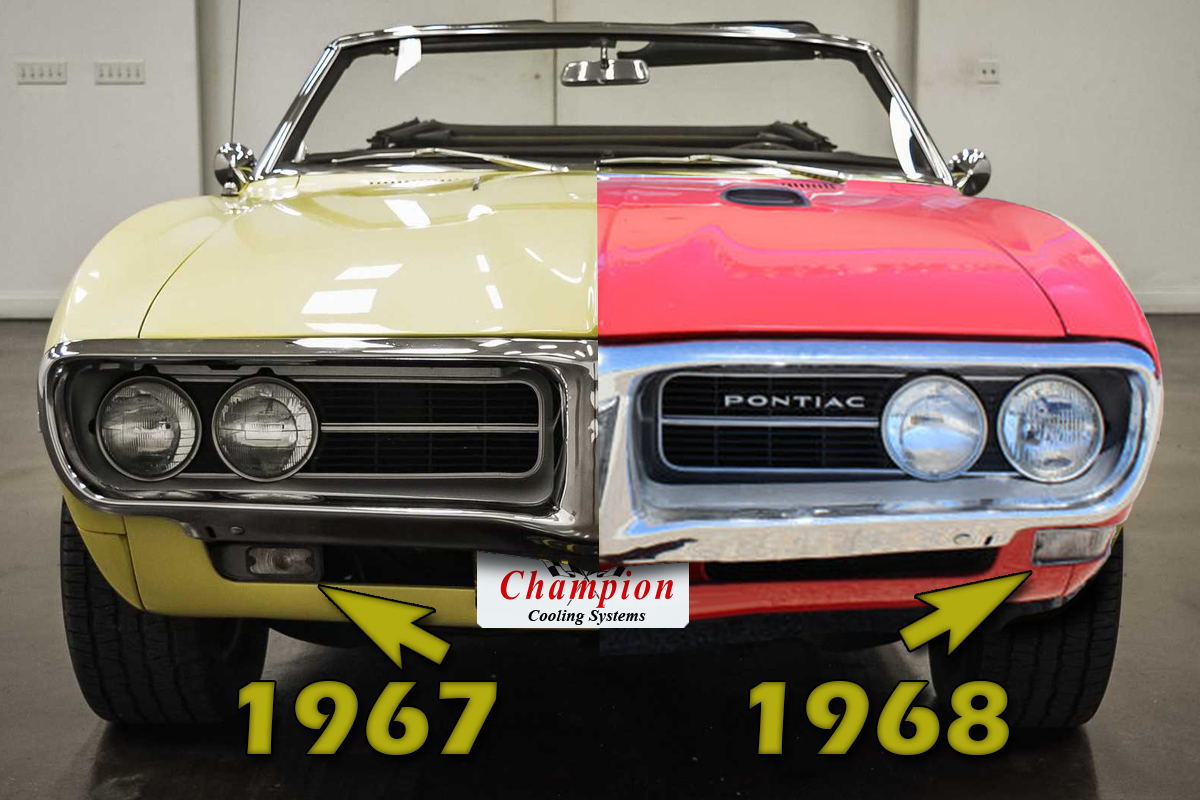 From the front, the grille and bumper look identical for both years, but the front turn signal is mounted inside the lower valance for 1967, and for 1968 it was moved to the corner of the valance where it doubles as a side marker lamp. 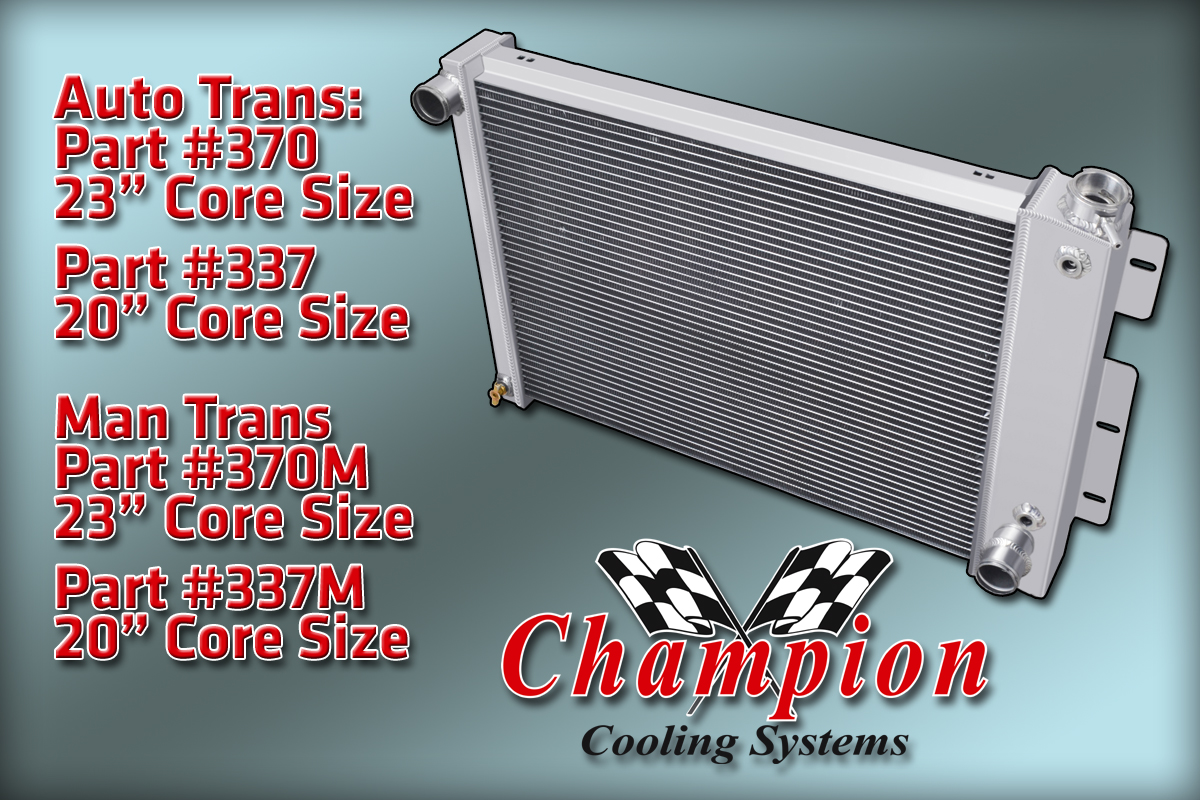 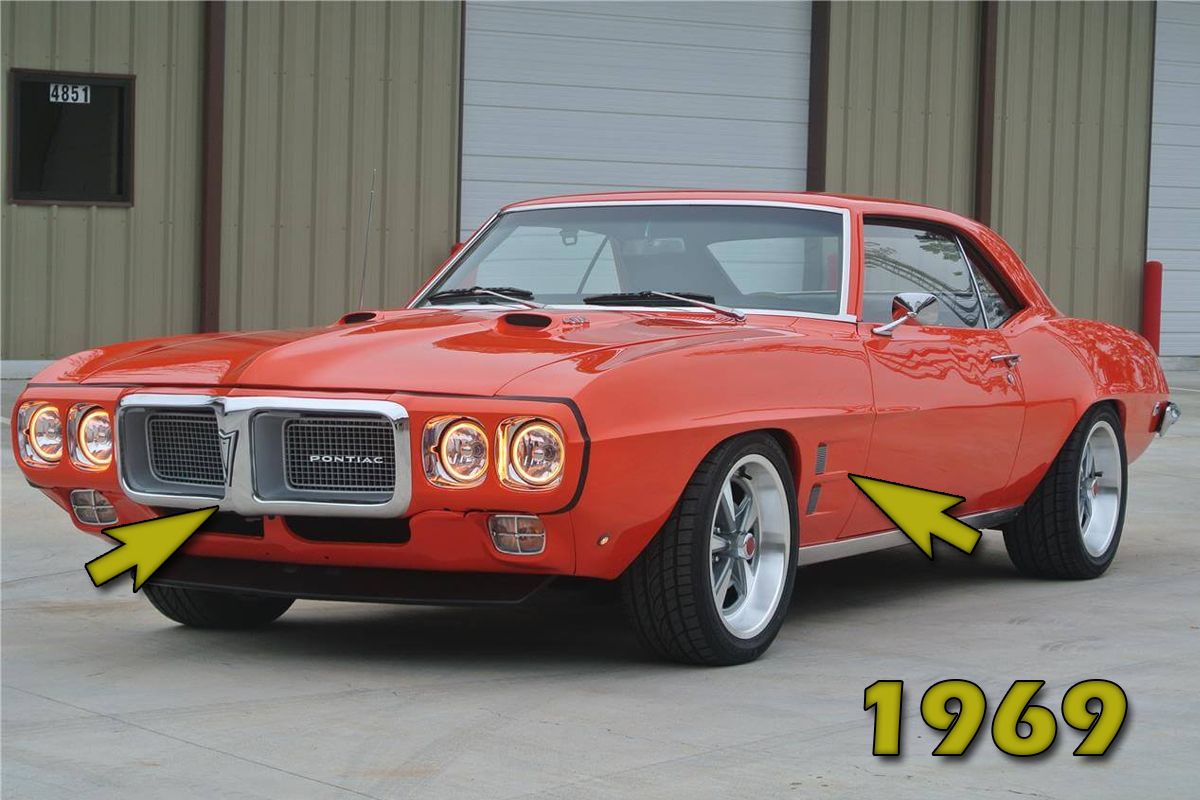 1969 was an all-new body for the Firebird, and it was also the first year for the Trans Am. It was still the first generation model, even though the looks changed immensely – and the body changed similarly the following year. The 1969 model changed to a fascia front end with a smaller grille, narrowed up to reside inside of the headlamps. The front signals moved inward slightly and a round side marker lamp was added to the lower front edge of the fender. 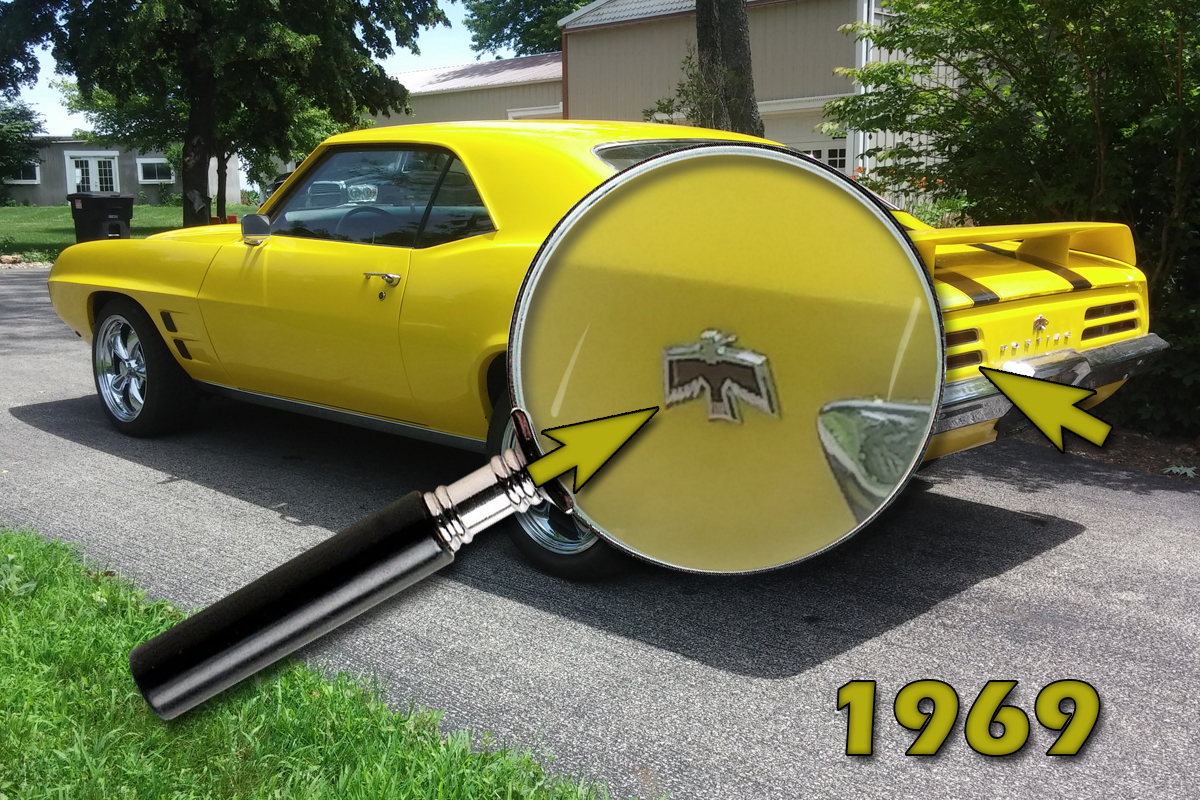 The cool arrow side marker lamp that was on the 1968 was replaced by an even cooler phoenix (Firebird) side marker that does light up. The rear lamps have changed a bit, there are still two long lamps per side, but for 1969 they have more of a contour shape. 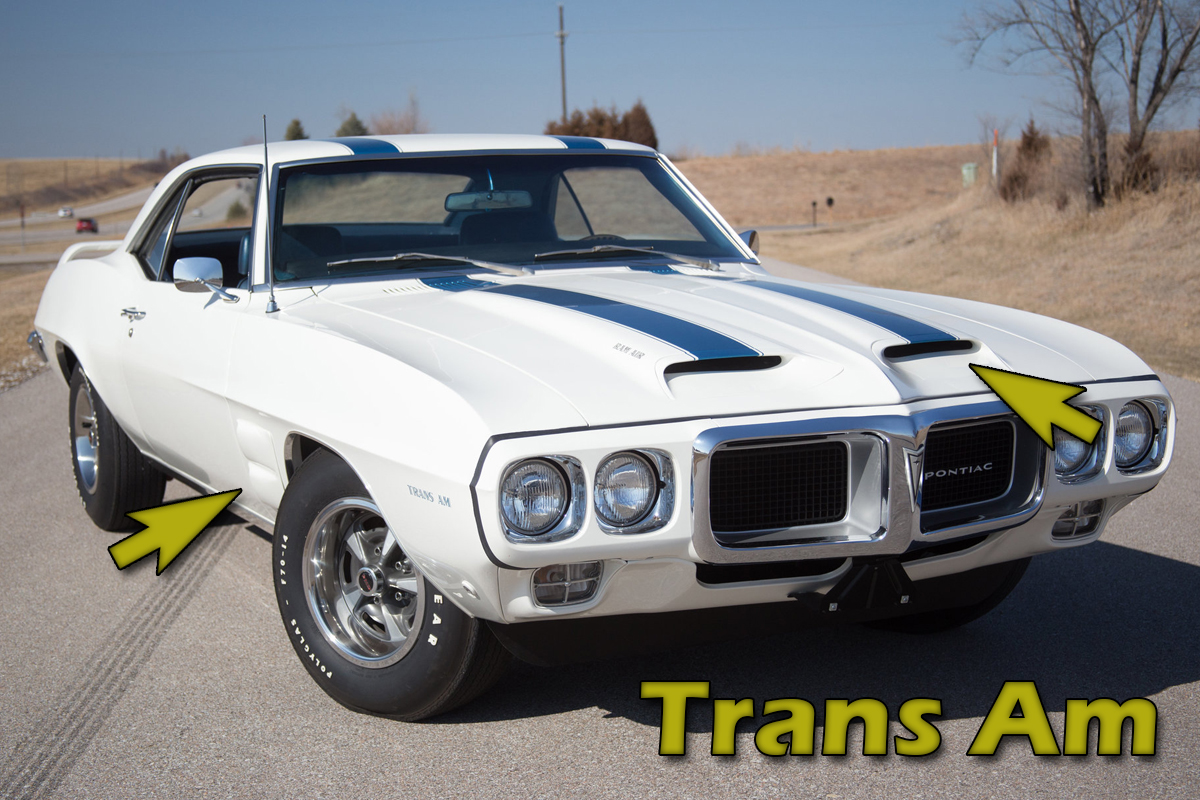 The Trans Am is a new model for 1969, and while it is based on the Firebird there are a few cues that distinguish the Trans Am from the Formula or standard Firebird. The addition of a Trans Am decal on the fender and a special Ram Air hood with functional scoops, and functional air extractors on the fenders. 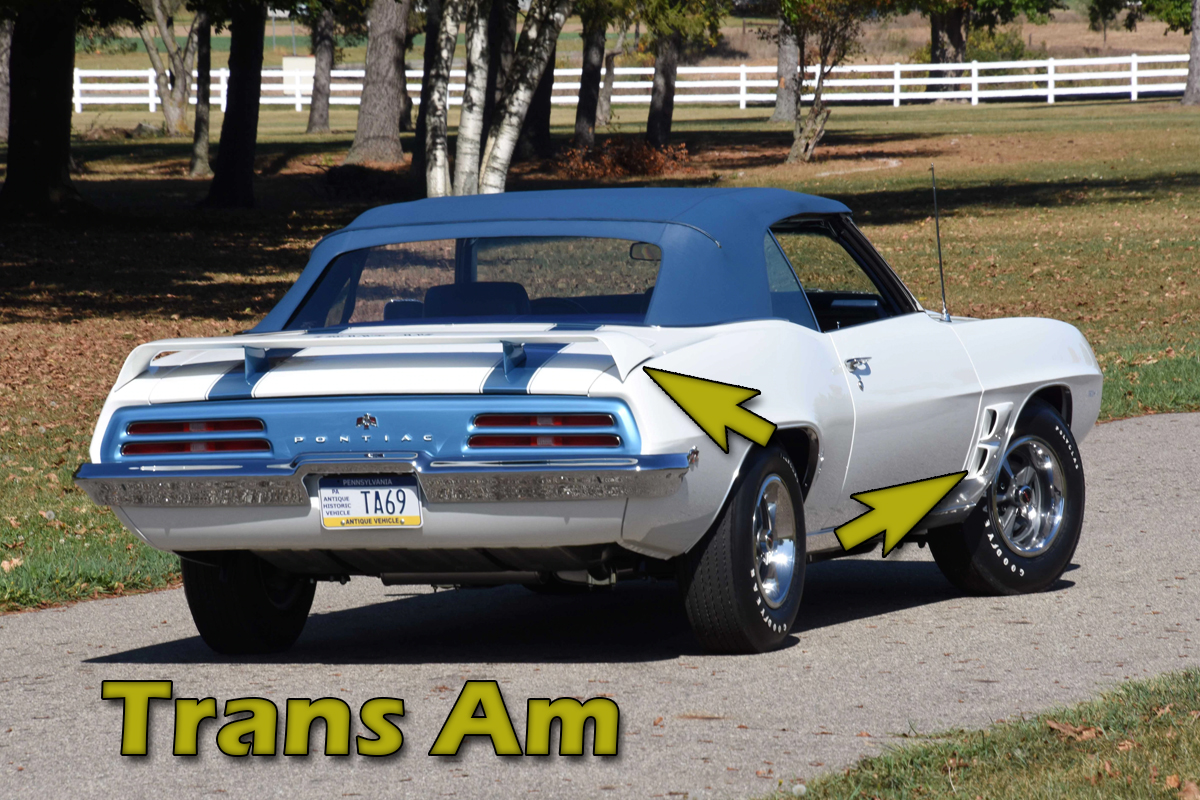 The Trans Am was introduced in March of 1969, and as you might have guessed it was named for the Trans Am racing series. The shorter production run of the Trans Am explains the smaller number of units than you would expect at just 689 hardtop models and only 8 convertibles. All Trans Ams were Cameo White with Tyrol Blue stripes, and the rear panel was blue on all of them. A pedestal mounted spoiler was on every Trans Am, as well as a front chin spoiler, and seven of those convertibles had a blue interior, one of them had a white interior. The convertible tops were either white or blue.

While this may not help you to become an expert with all versions and options on the 1967-1969 Firebird, hopefully our Spotters Guide will help you to distinguish what year the Firebird is, and with some of the cues on the RS models you’ll be able to spot the clones from the real thing.