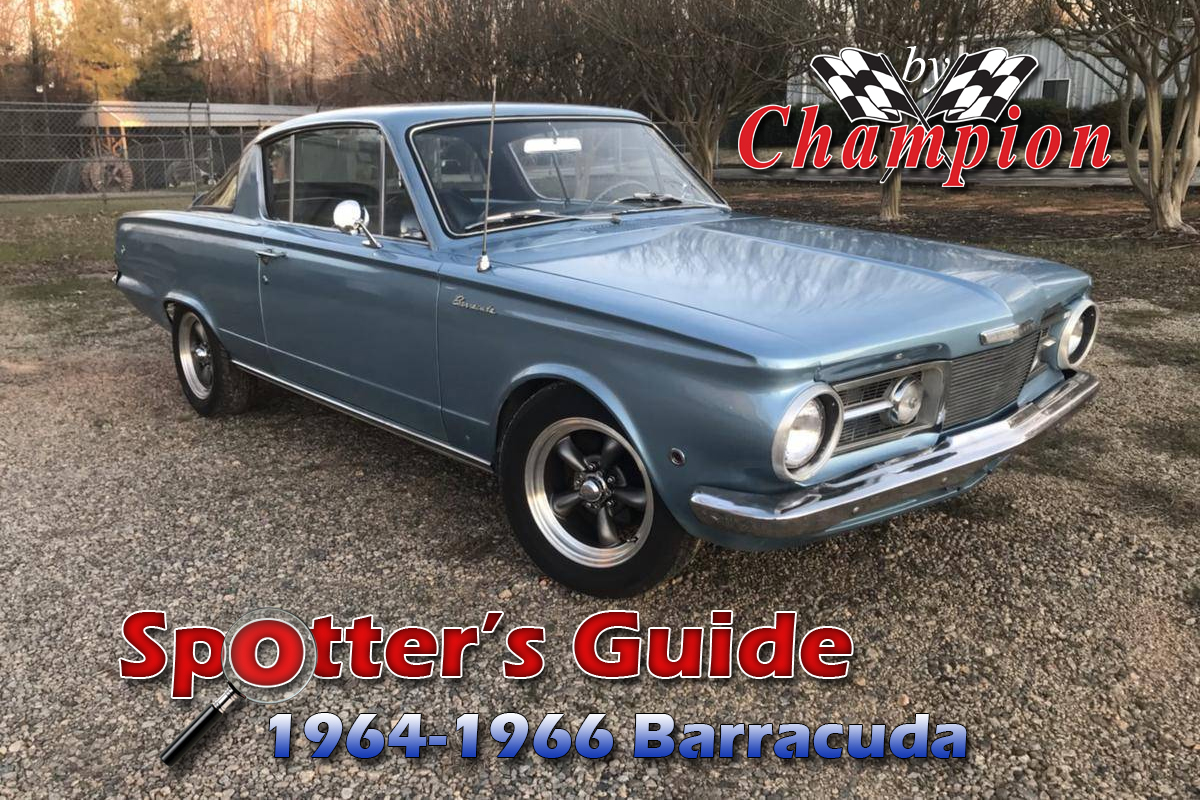 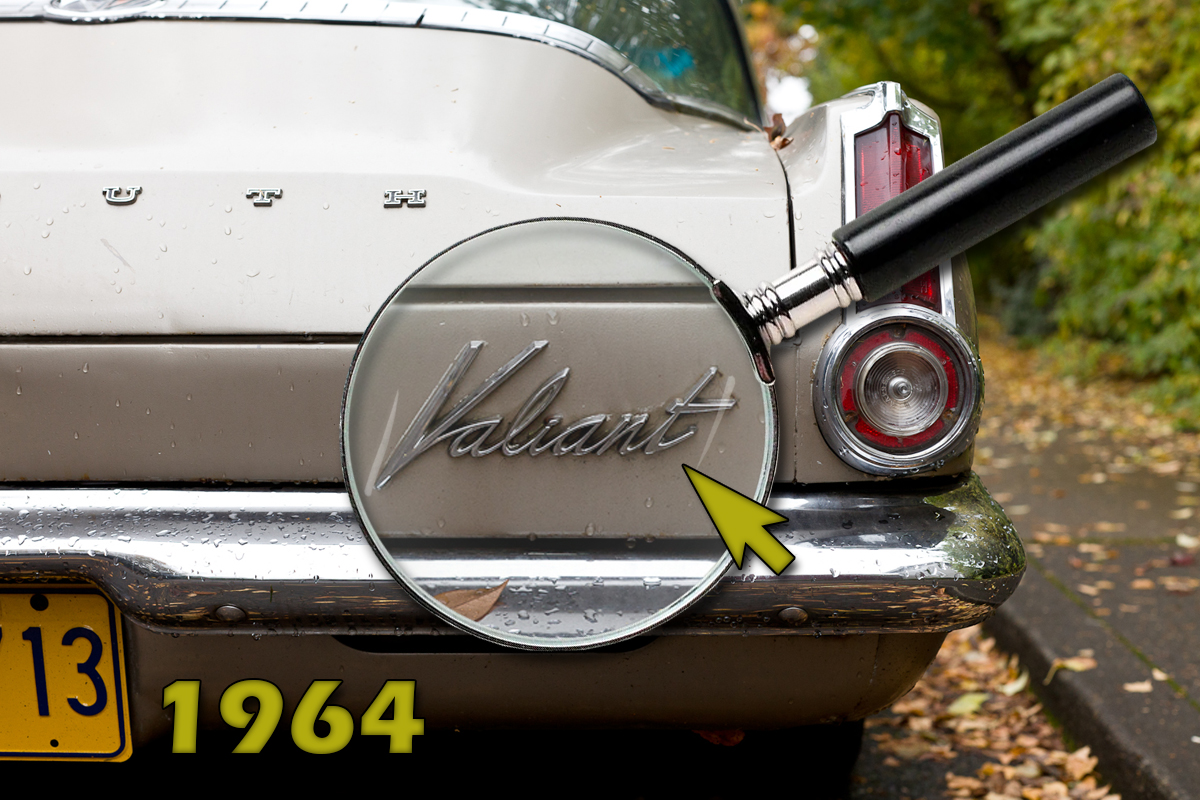 The first year for the vehicle that we know as the Barracuda was actually called the Valiant, with Barracuda trim. The 1964 and 1965 were identical in many ways, and without having both cars in front of you it’s pretty difficult to distinguish. You can spot the 1964 by the Valiant script on the rear body just below the trunk. However, not everyone leaves that script on the car when it gets painted or restored. 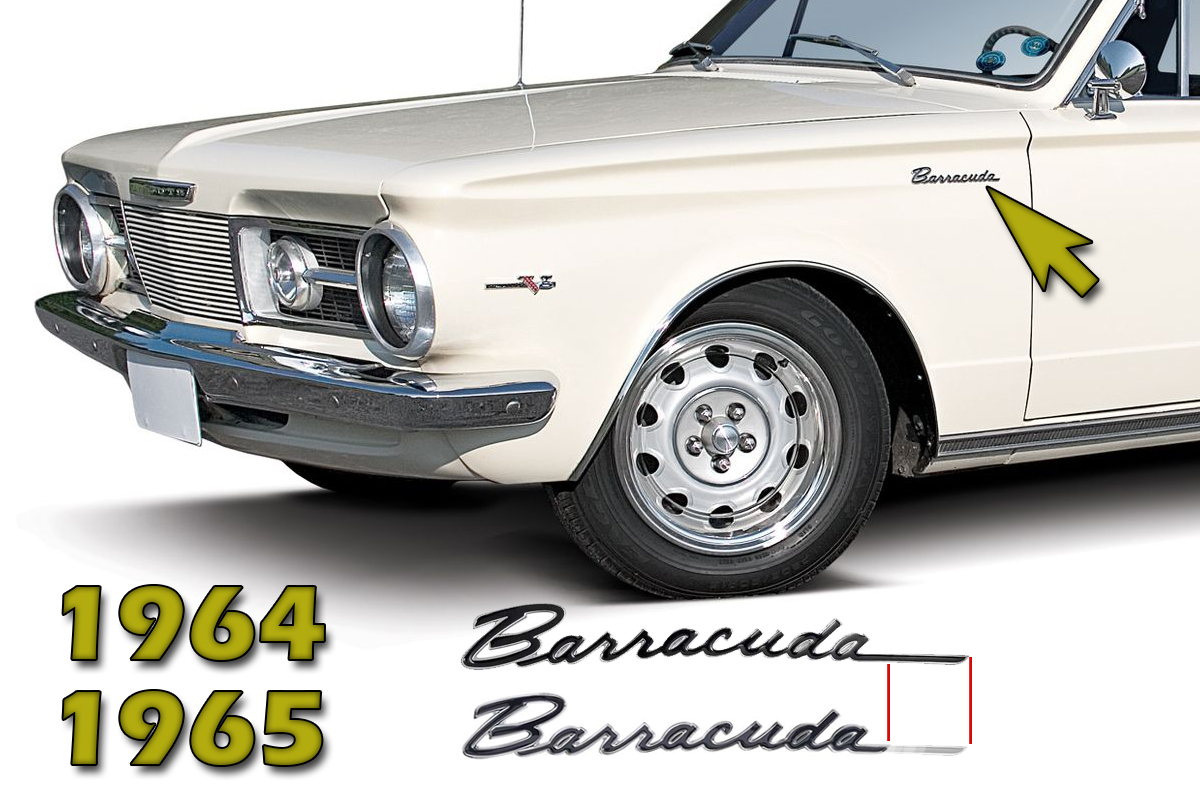 If the owner left the Valiant script off of the car, there are still some other identifying features. The front end is identical for 1964 and 1965, but the Barracuda script on the fender gives us a clue. If you look at the tail on the ‘a’ it’s extended for 1964, and much shorter for 1965. Unfortunately, some early 1965 models will have that 1964 script. But there’s even another way to distinguish one from the other. 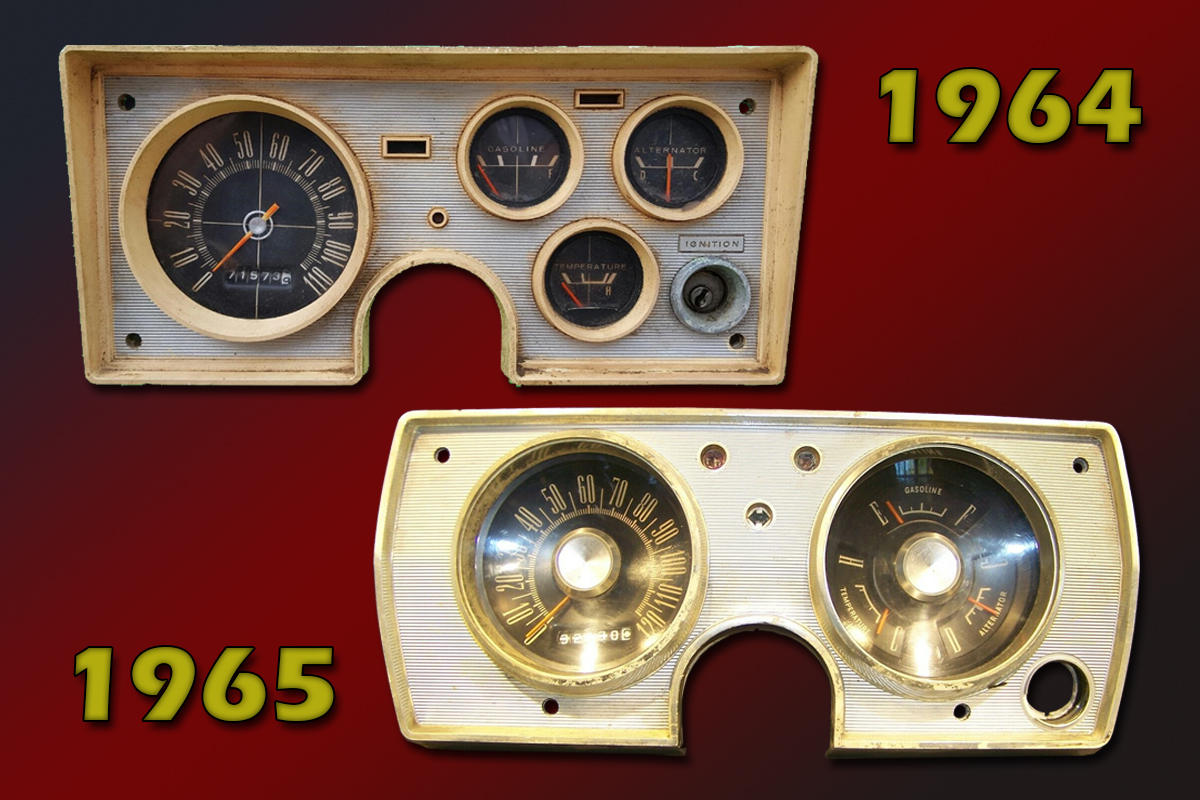 If the script on the back of the car or on the fenders isn’t helping, the surefire way to tell the two apart is the instrument cluster. In 1964 there will be a larger speedometer and three smaller gauges for the fuel, alternator, and temperature, while 1965 will have two large gauges for those functions. 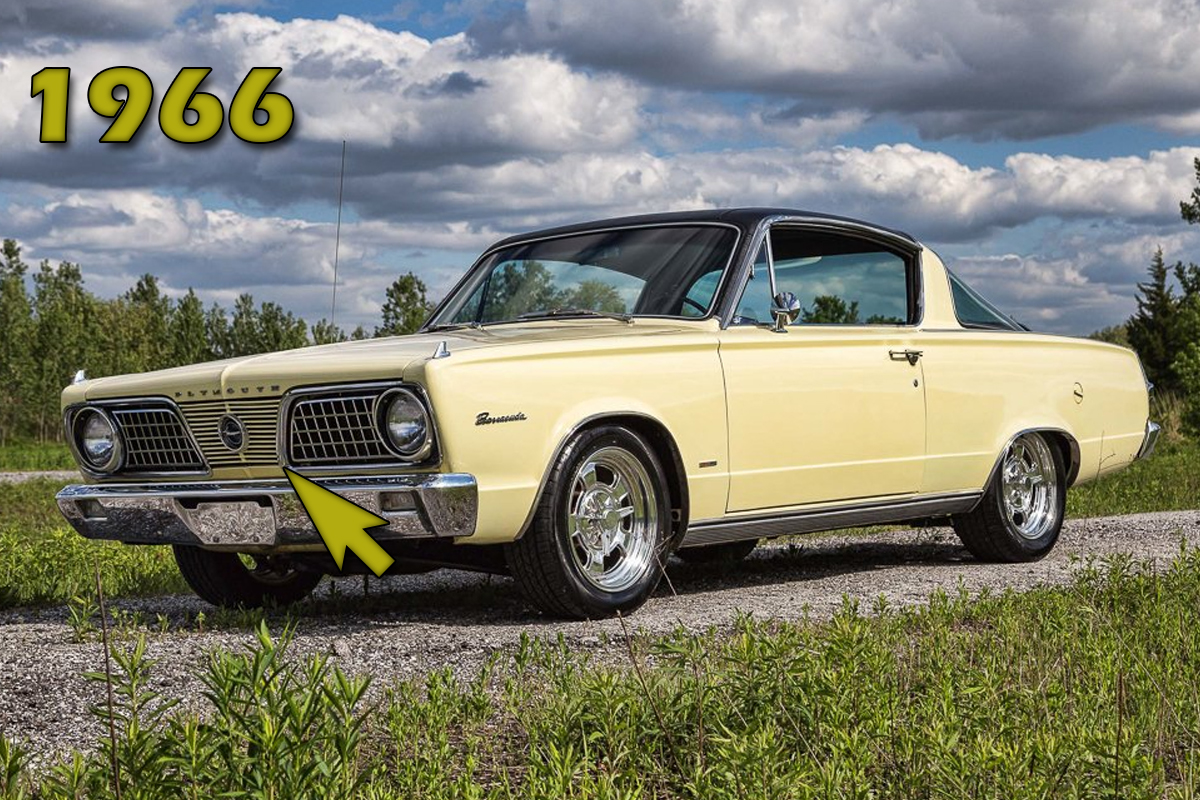 The 1966 Barracuda is different from the 1964-1965, but close enough that there are key features that help tell them apart. Comparing the 1965 and 1966 with both cars present is easier, but having only one of them in front of you will be more difficult because the body is nearly identical. 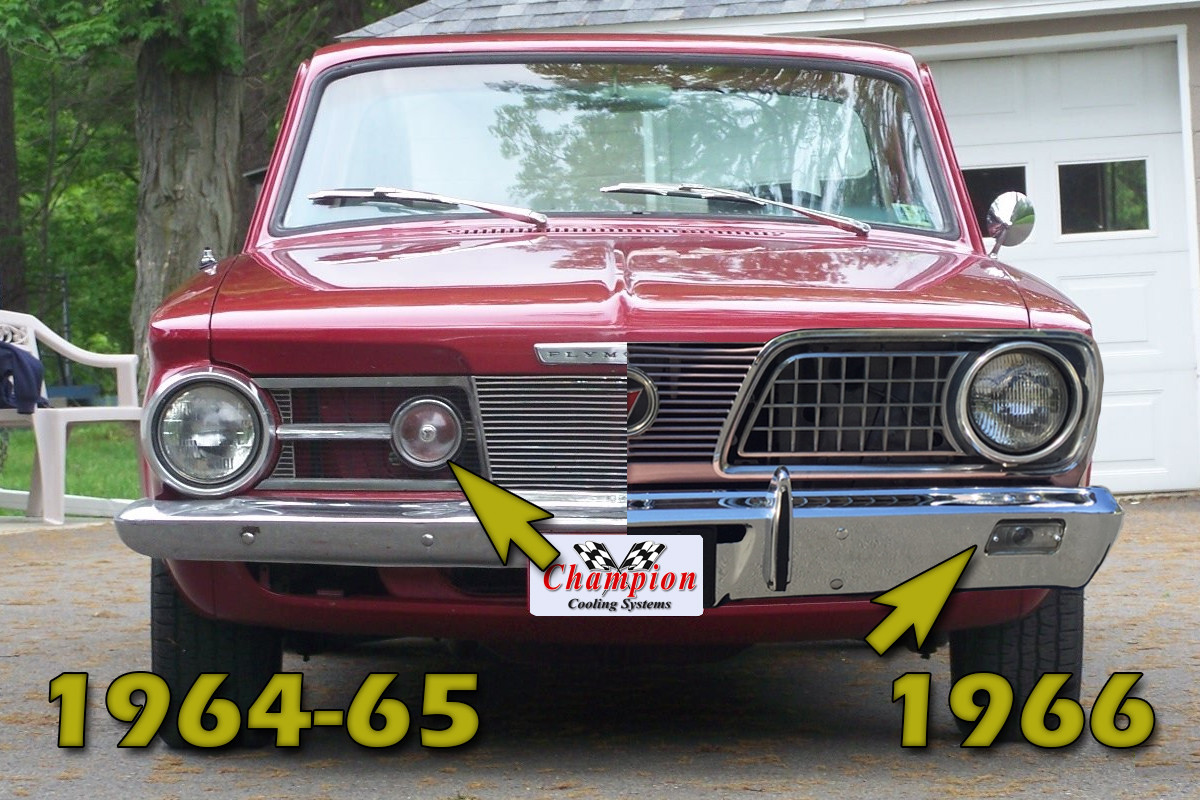 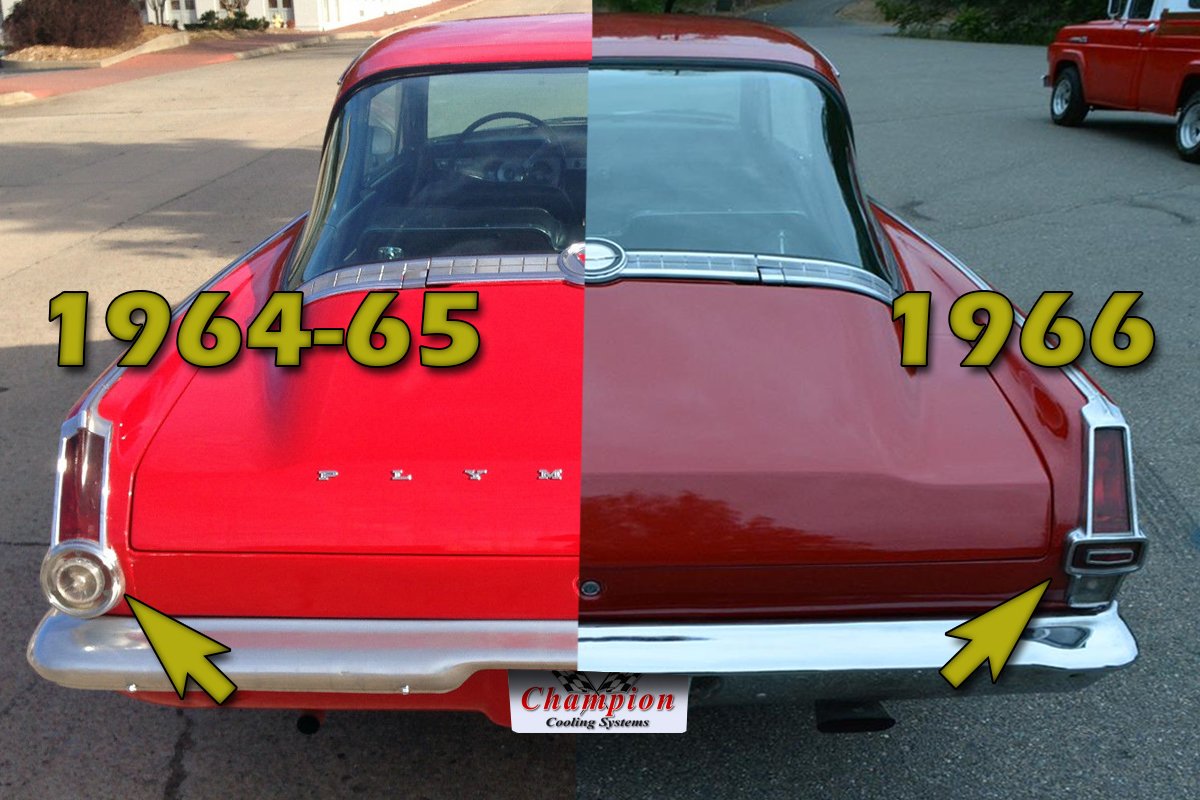 From the rear, the 1964 and 1965 are identical, so referring to other components would be the only real way to distinguish the two. But the 1966 has a much different tail lamp. For 1964-1965, the reverse lamp is round, and for 1966 the reverse lamp is square. There is also a separate lens in the center that divides the upper and lower lamps. Once again, our friends at Classic Industries were very helpful in discovering the differences between these three model years. 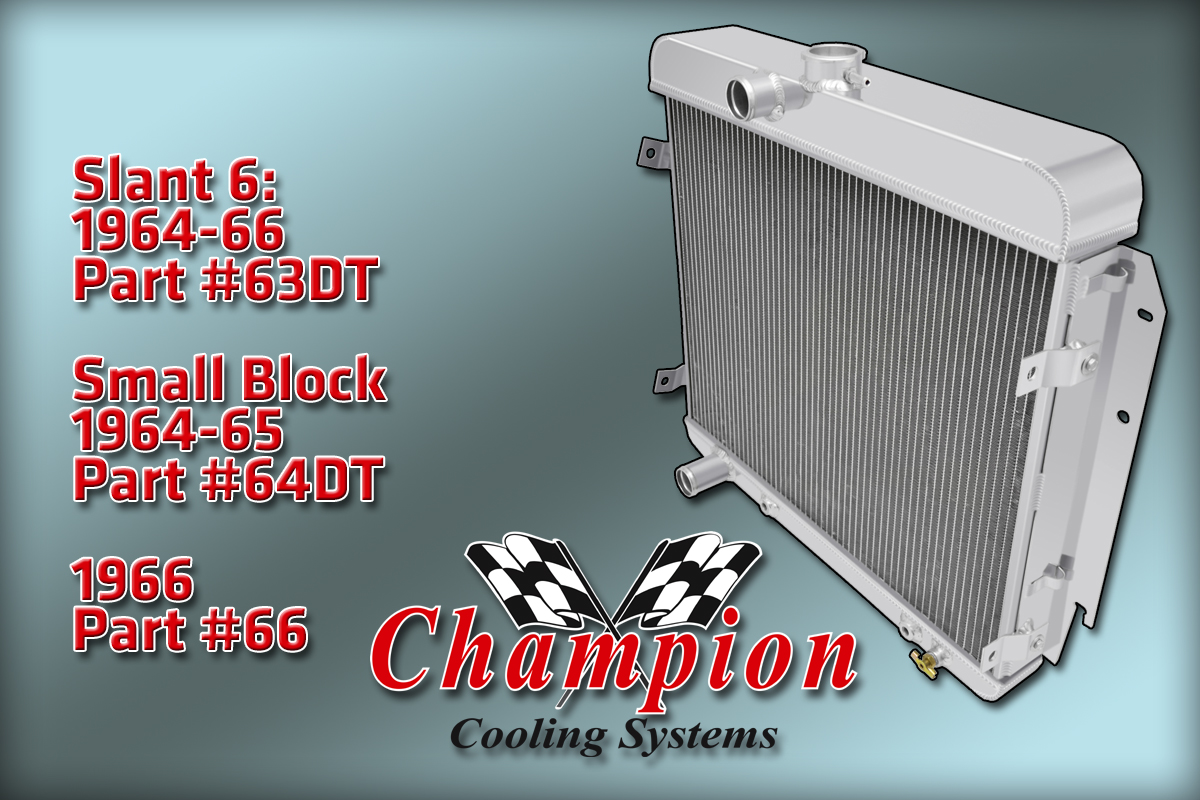 While this may not help you to become an expert with all versions and options on the 1964-1966 Barracuda, hopefully our Spotters Guide will help you to distinguish what year the Barracuda is.