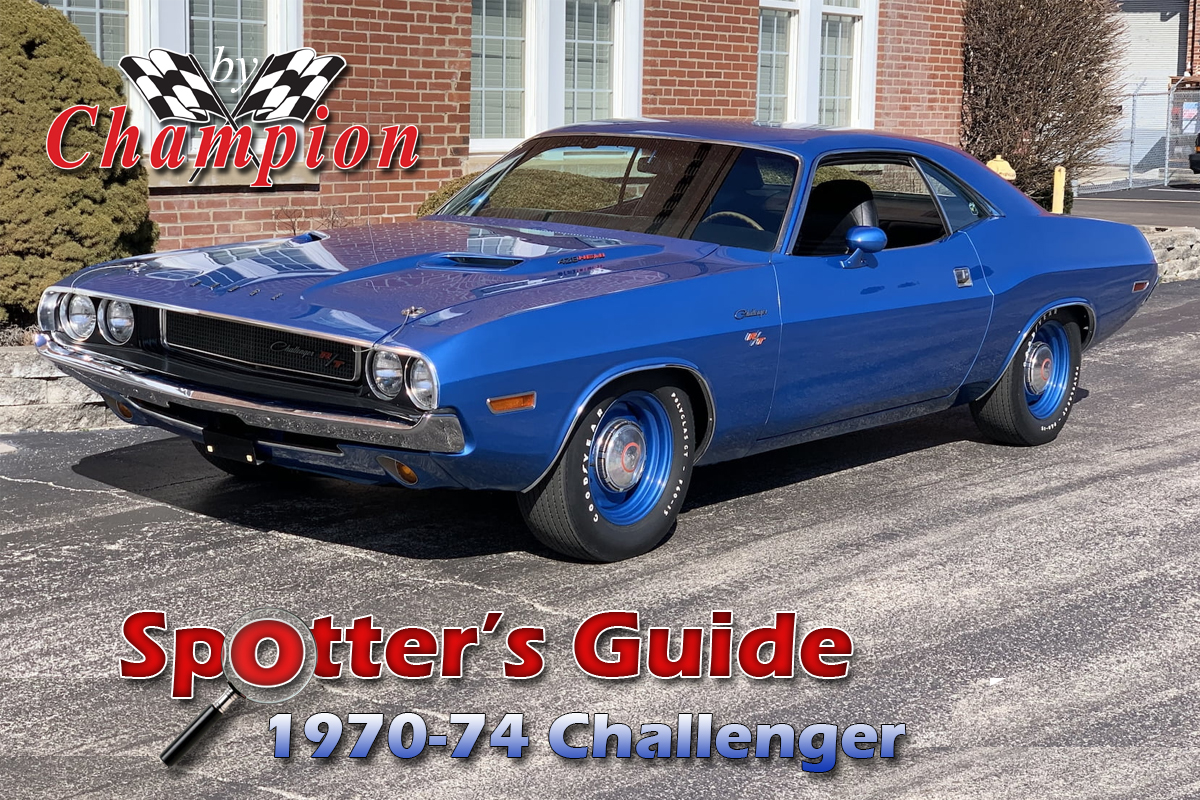 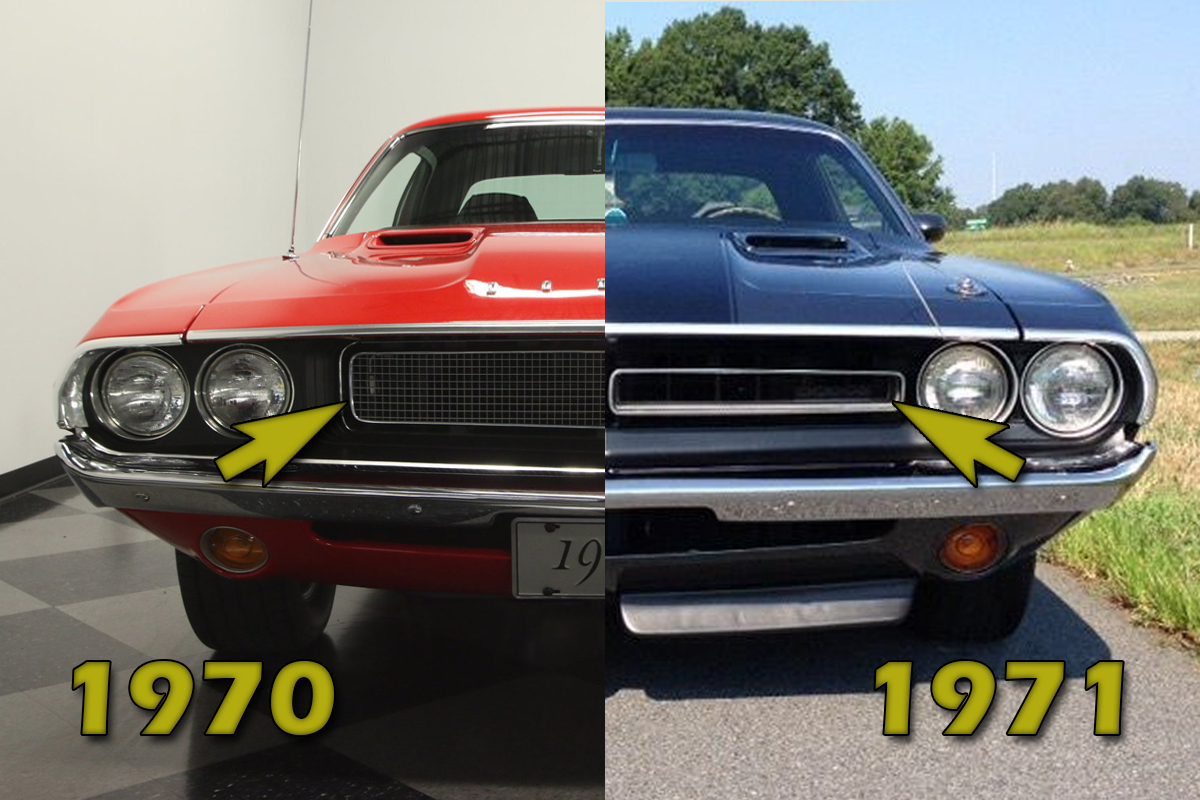 This car has the perfect name, because it’s a bit of a challenge to distinguish the differences. The first three years are identified by the grille and tail lamps, and the last two years are identical, with only one noticeable feature that stands out. The 1970 has a single grille insert that extends across the grille opening between the inner headlamps. The 1971 has a symmetrical pair of similarly shaped, but smaller grille inserts. 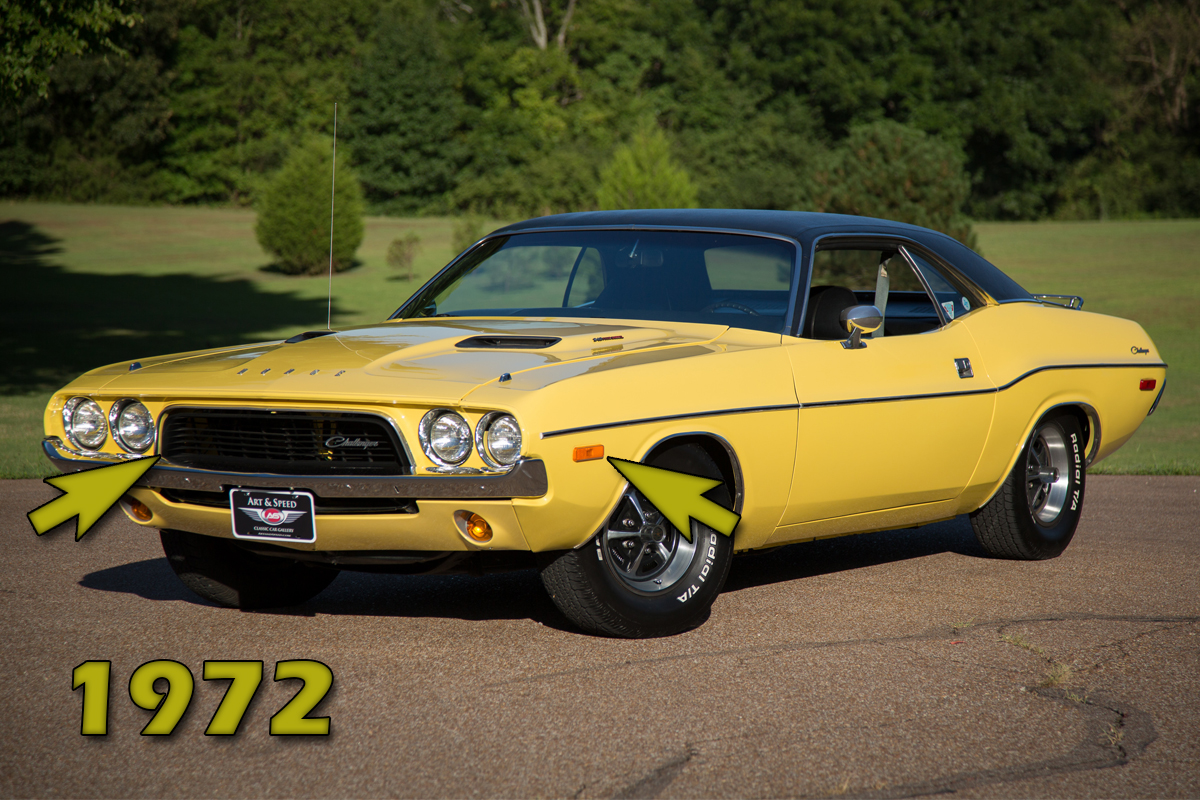 The grille for  1972 changes to a larger opening without any type of insert, which is easily distinguished from the 1970-1971. The side markers also changed from recessed lenses encapsulated in a chrome trim, to a surface-mount lamp without trim. 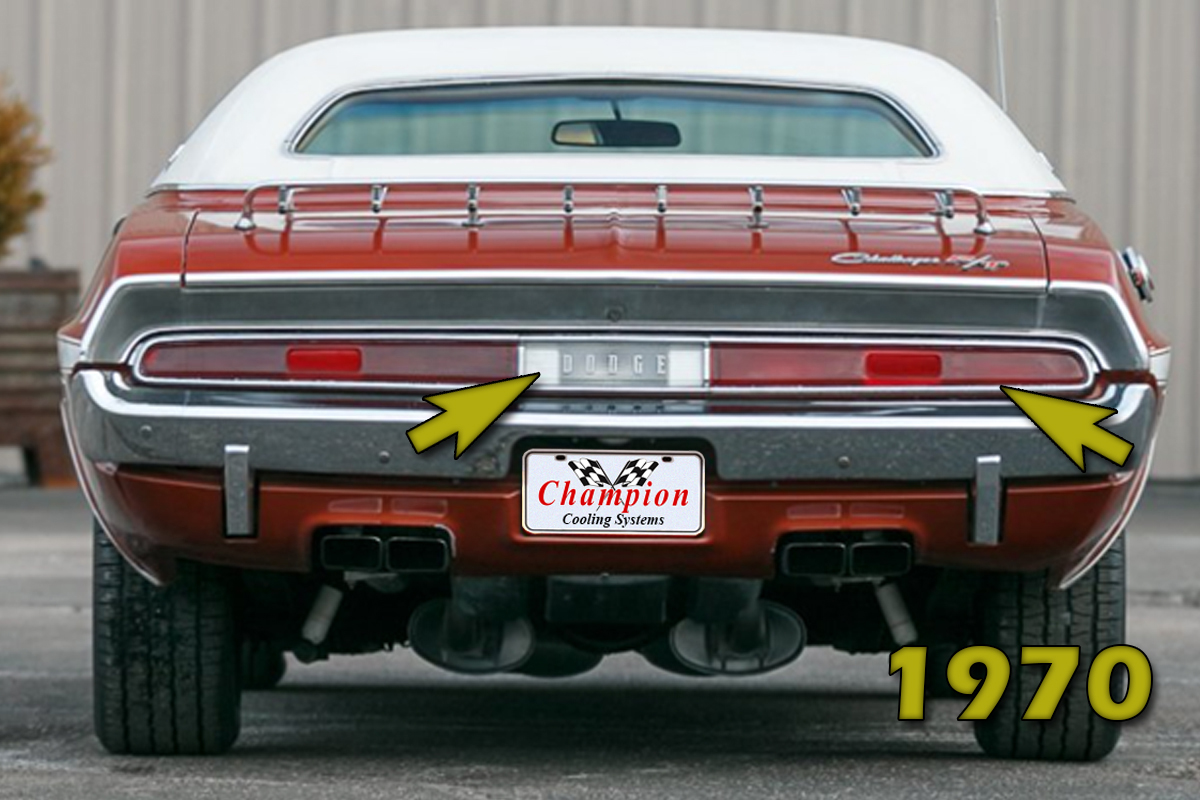 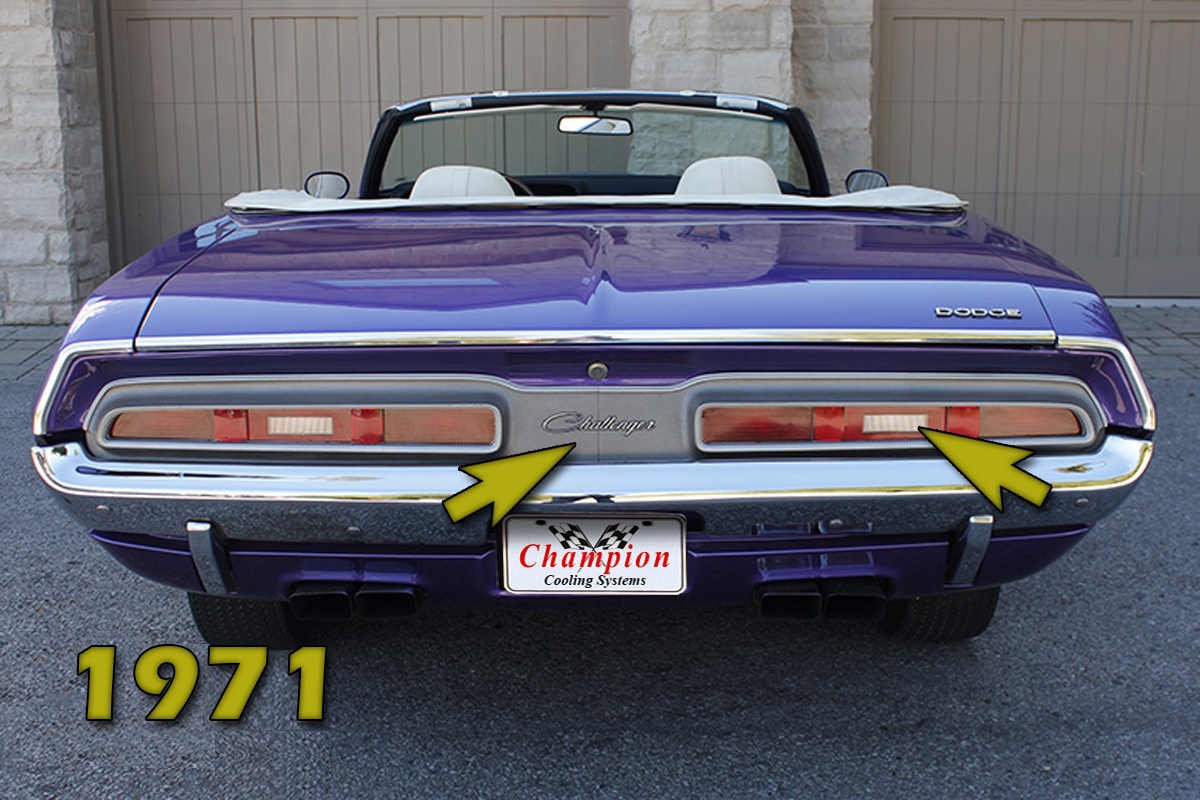 The rear lamps changed through the first three years; in 1970 the reverse lamp was in the center with a single lamp all the way across, while 1971 split the tail lamps, each with it’s own centered reverse lamp. 1970 had “DODGE” in the center, and 1971 had the “Challenger” script. 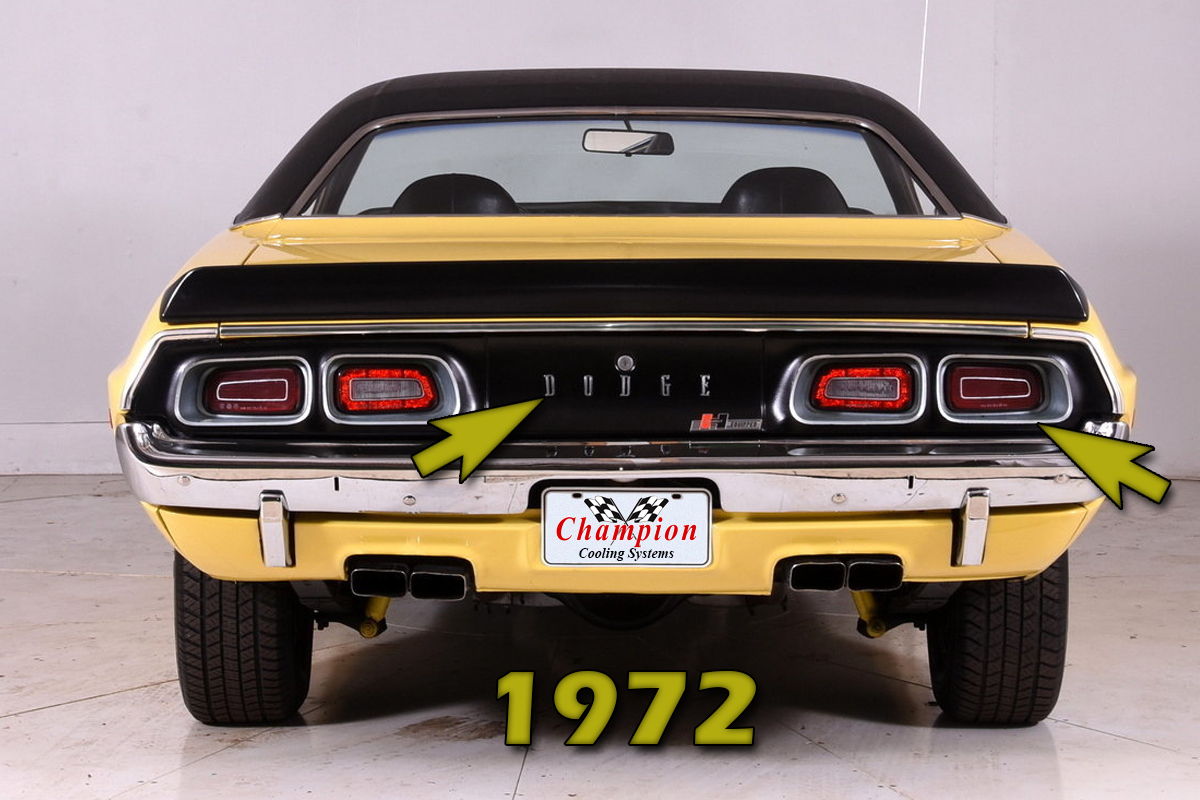 In 1972, Dodge added another pair of tail lamps, with the reverse lamp in the center of the inner two lamps. A “DODGE” lettering took the place of the 1971’s Challenger script. These three years are easy to distinguish from the last two years, which are nearly identical in almost every way to the 1973-1974. 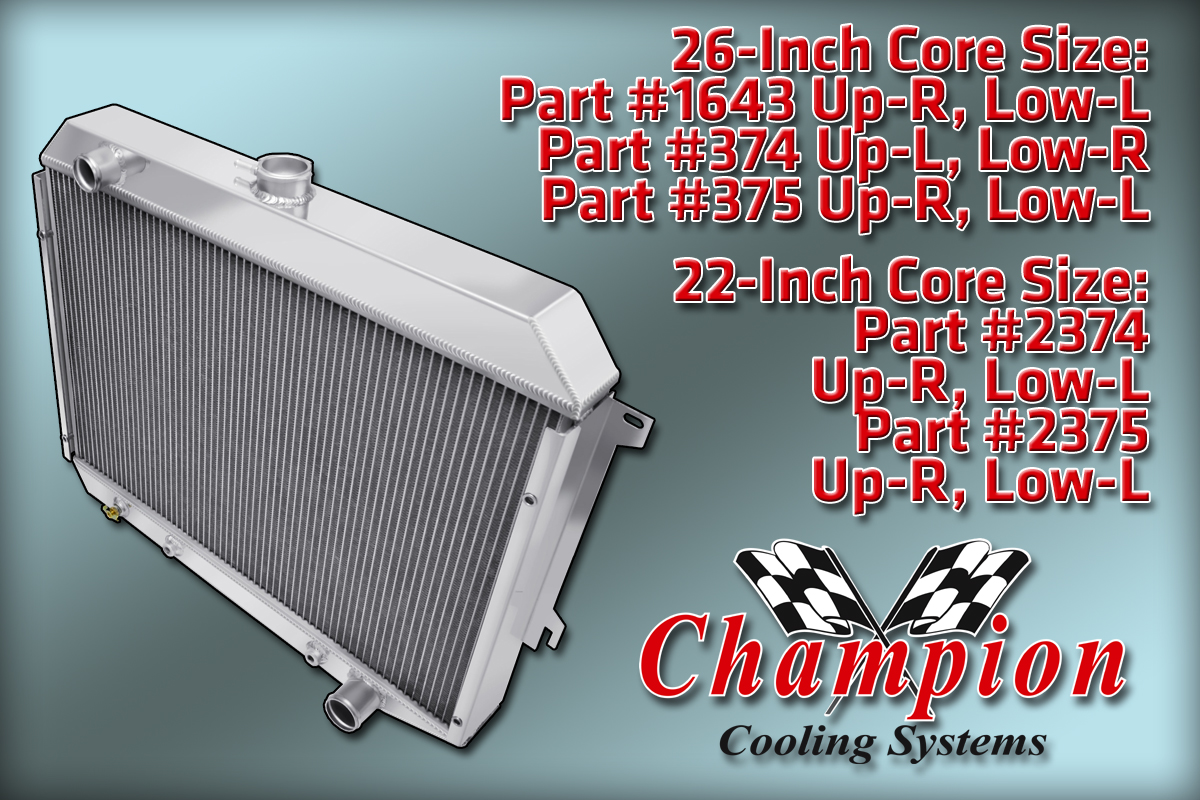 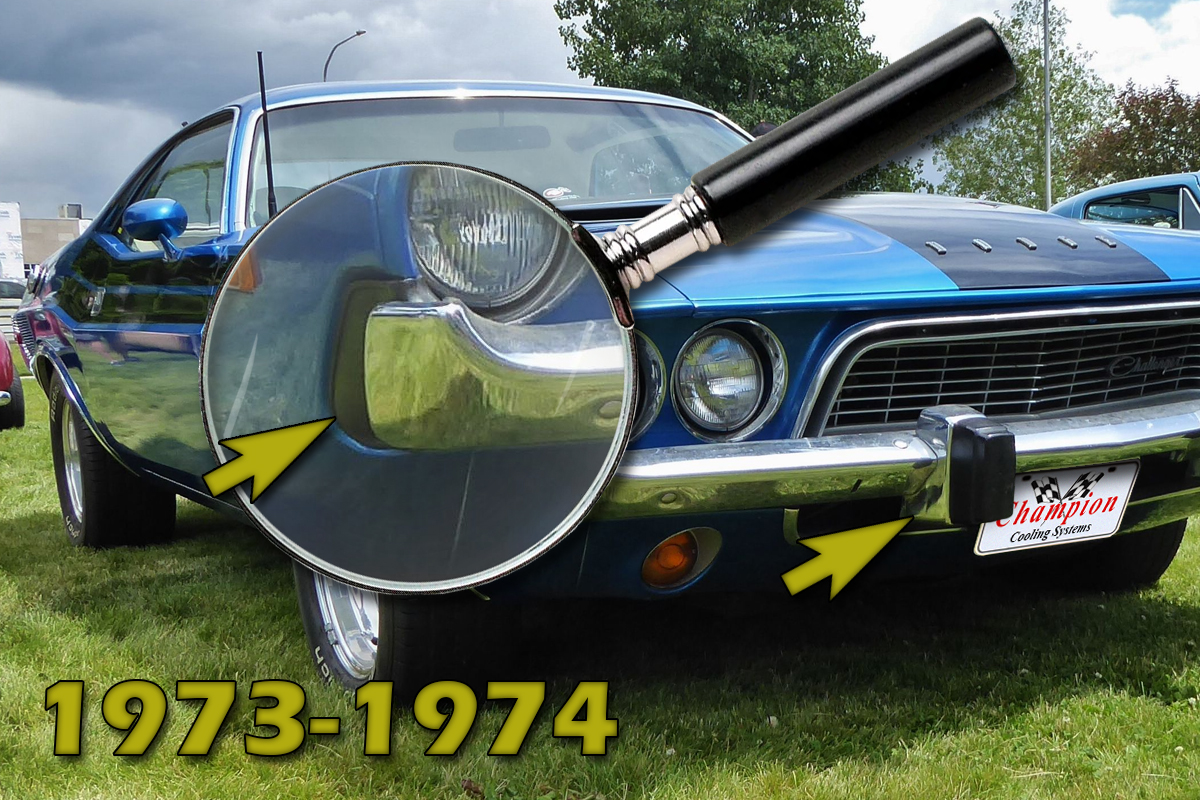 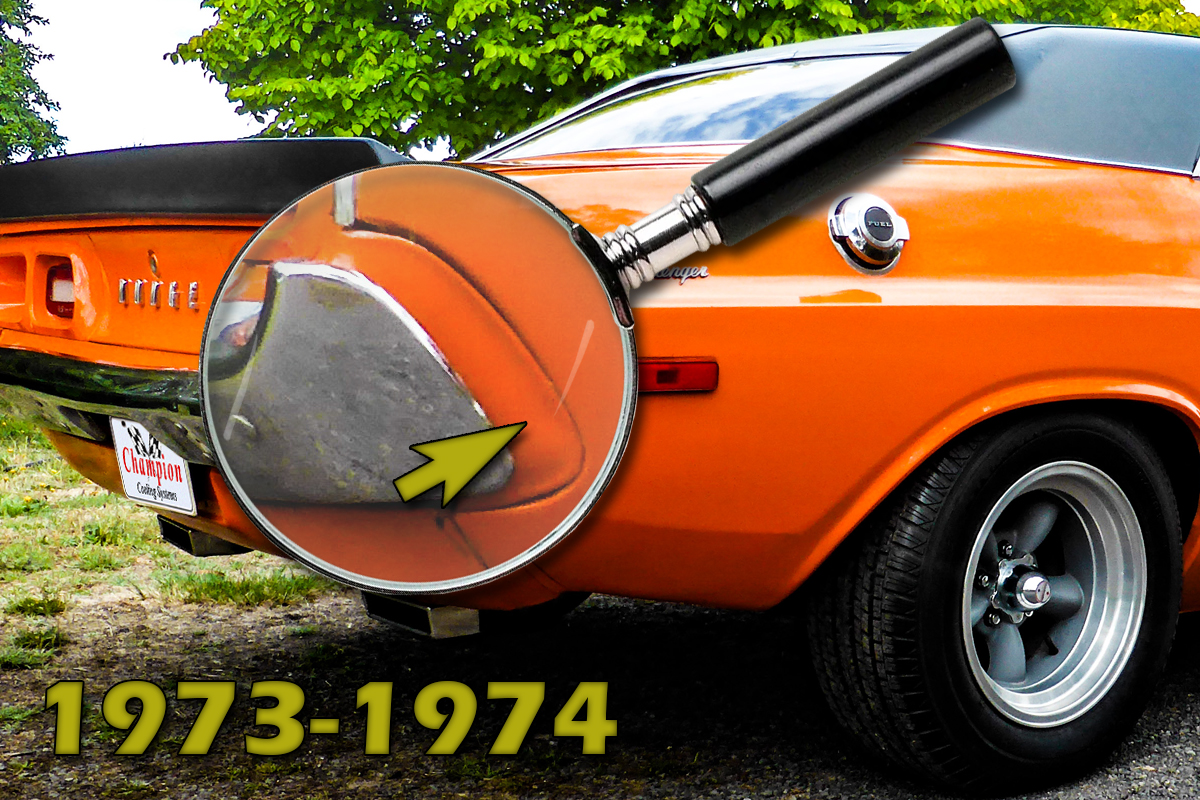 The 1973-1974 Challenger didn’t change much at all from the 1972, which makes it more difficult to distinguish. But in 1973 Dodge added the “5 mph bumpers”, so they protruded from the body a little bit, and to fill the gap there was a rubber shield front and rear. If that shield is missing, the bumper does stick out a little and leaves a gap; the shield was to protect the body in the event of a low impact. They also added large bumper guards, but they’re often removed. 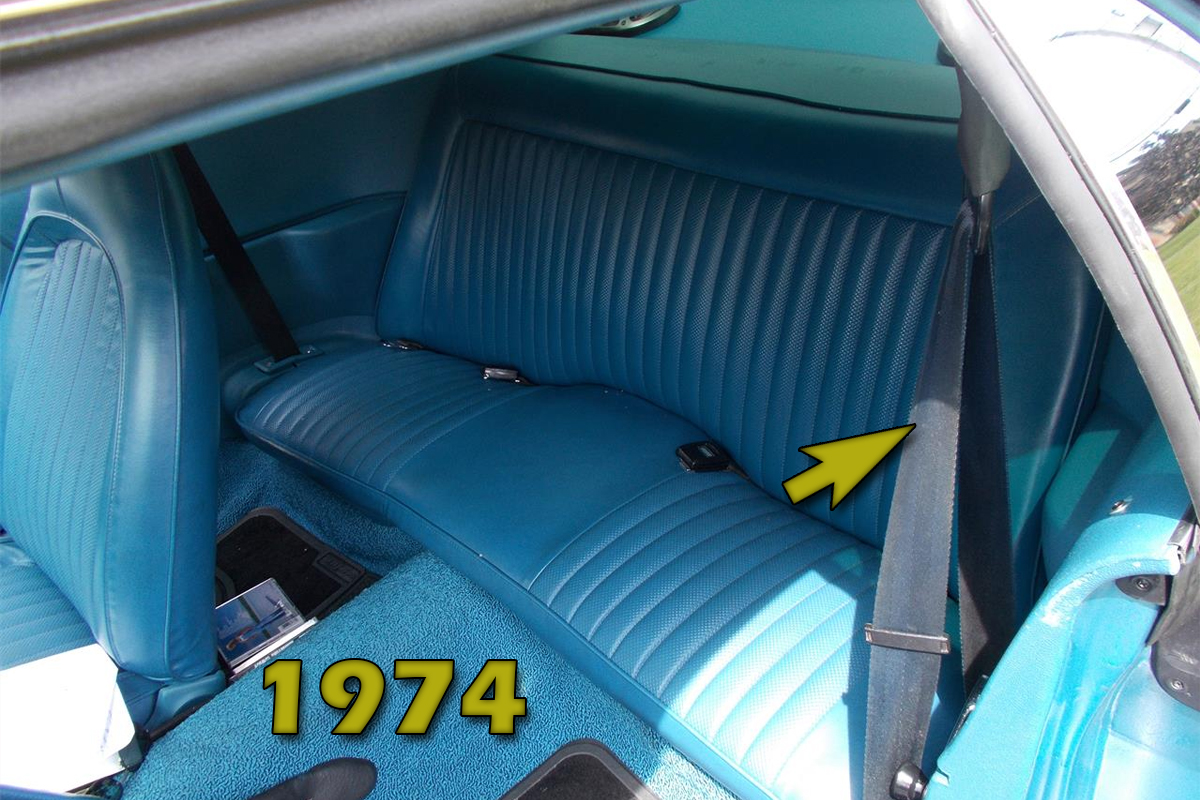 In 1974, however, there is one component that sets it apart from the previous years, and that’s the shoulder harness that was added. So if it has this shoulder belt, then it’s a 1974, if it doesn’t, then it’s up to the other cues to determine what year the car is. The 1970-1973 models would lack sufficient support for a shoulder belt mounted to the roof rail.

While this may not help you to become an expert with all versions and options on the 1970-1974 Challenger, hopefully our Spotters Guide will help you to distinguish what year the Challenger is, and with some of the cues on the later models you’ll be able to spot the clones from the real thing.