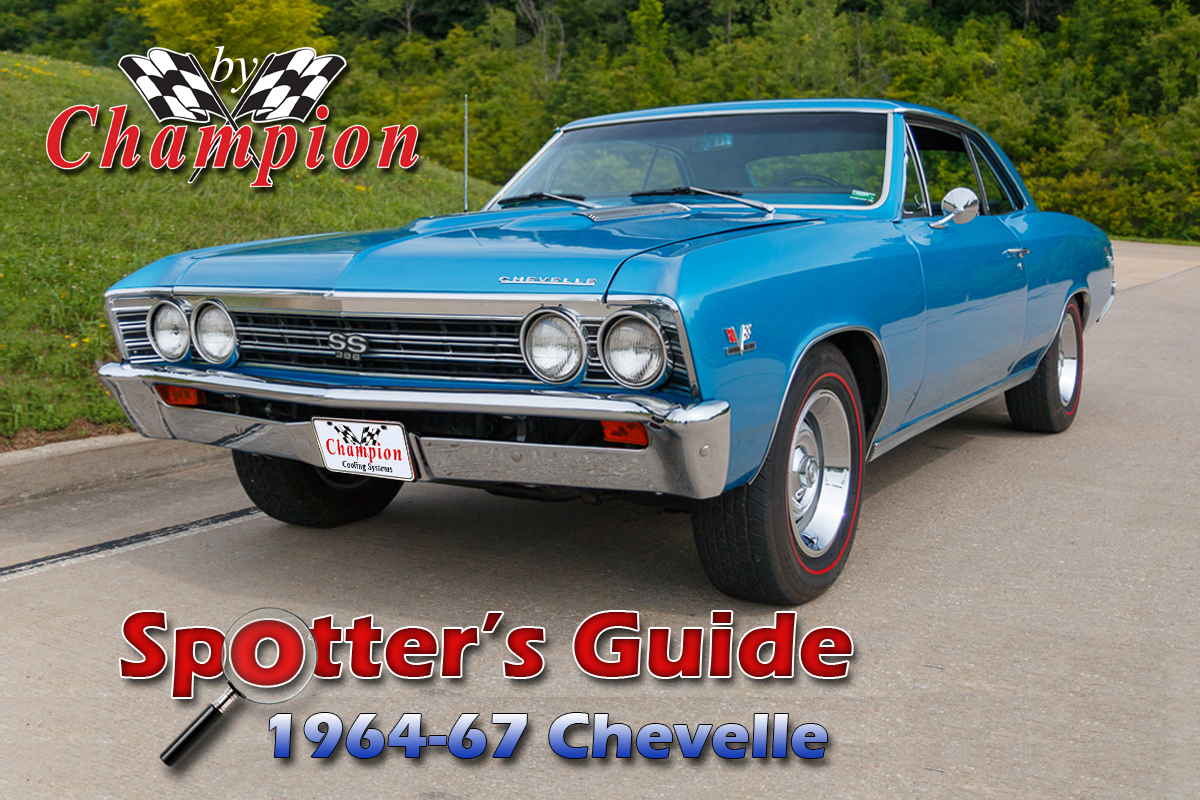 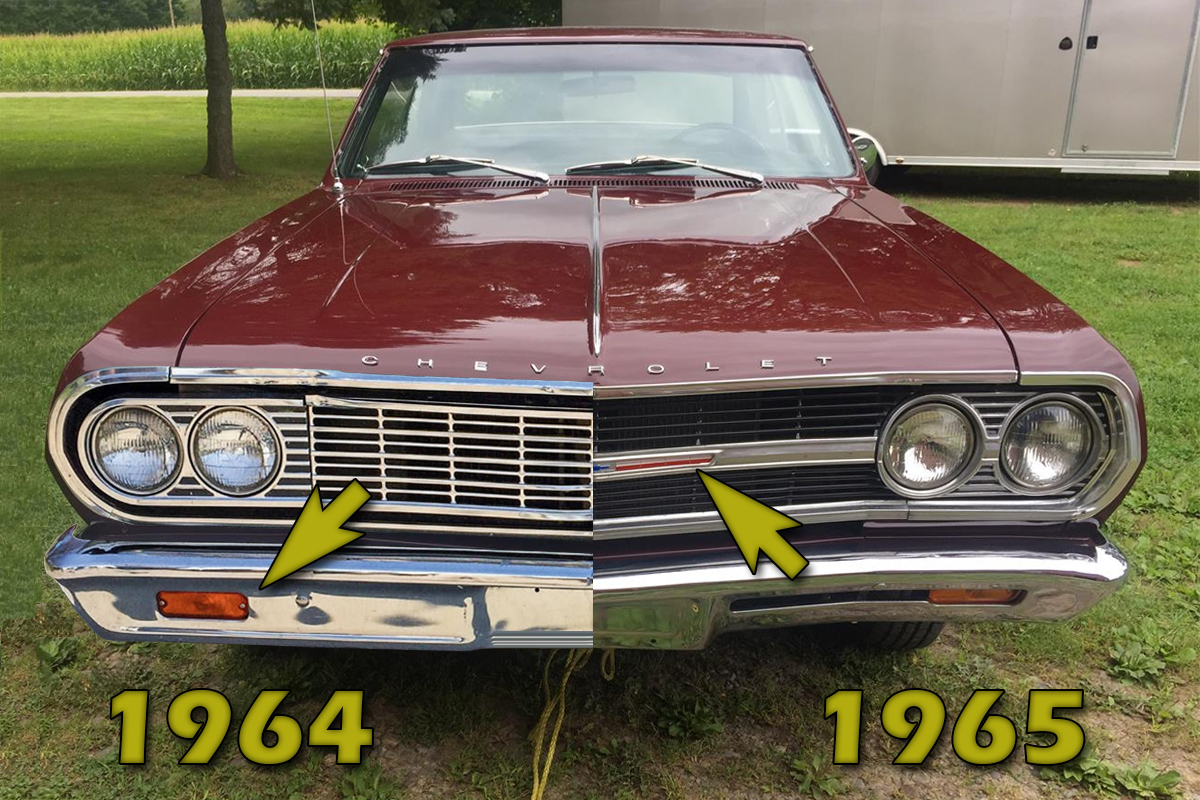 The 1st generation Chevelle is probably going to be one of the simplest to identify, because the car has the easiest changes to identify. Though the hood and fenders are different, the grille on the 1964 has the same pattern, top to bottom and left to right, and the 1965 has a horizontal bar across the middle of the grille. The bumper for the 1964 has a smaller opening filled by the turn signal lamp, while 1965 the bumper has a wider slot with the signal lamp at the outer edge. 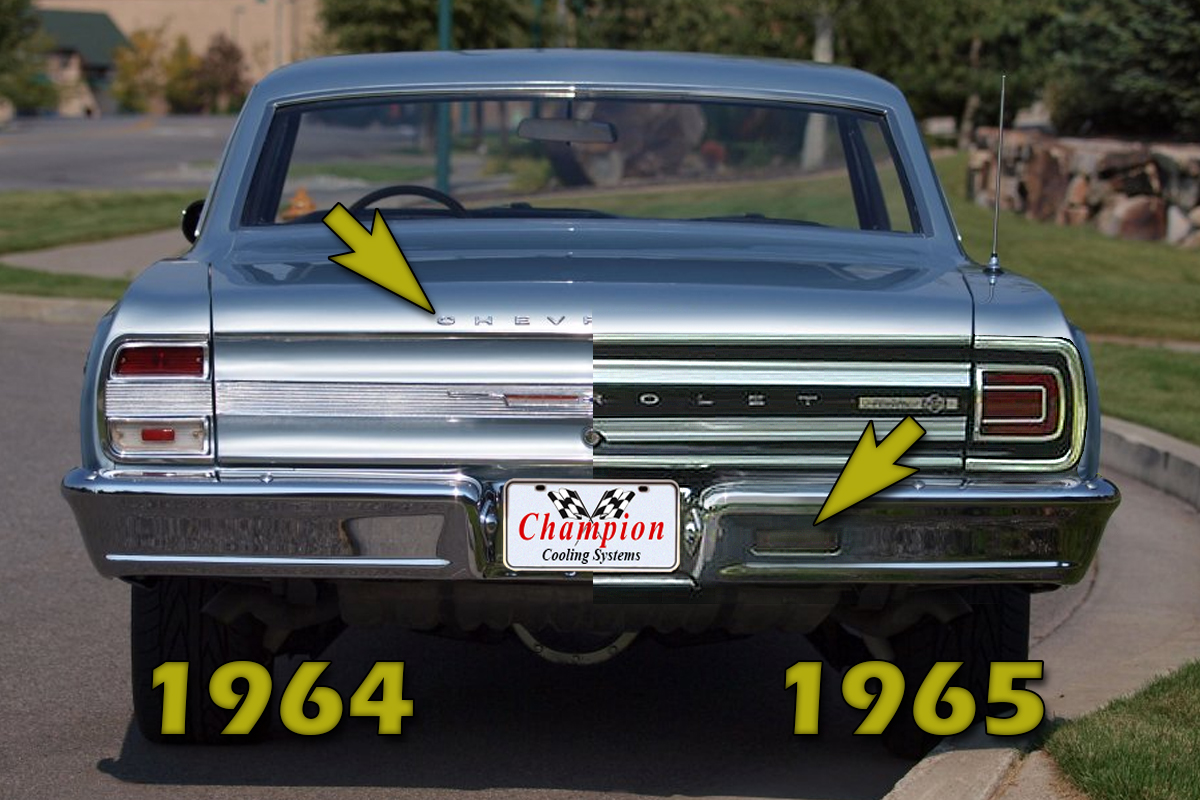 From the rear, the 1964 has a split lamp with the backup lamp in the lower lens, and the Chevrolet lettering on the edge of the trunk lid. In 1965, the lettering is on the trim panel, and the tail lamp will be a solid red lens, with the reverse light in the bumper. 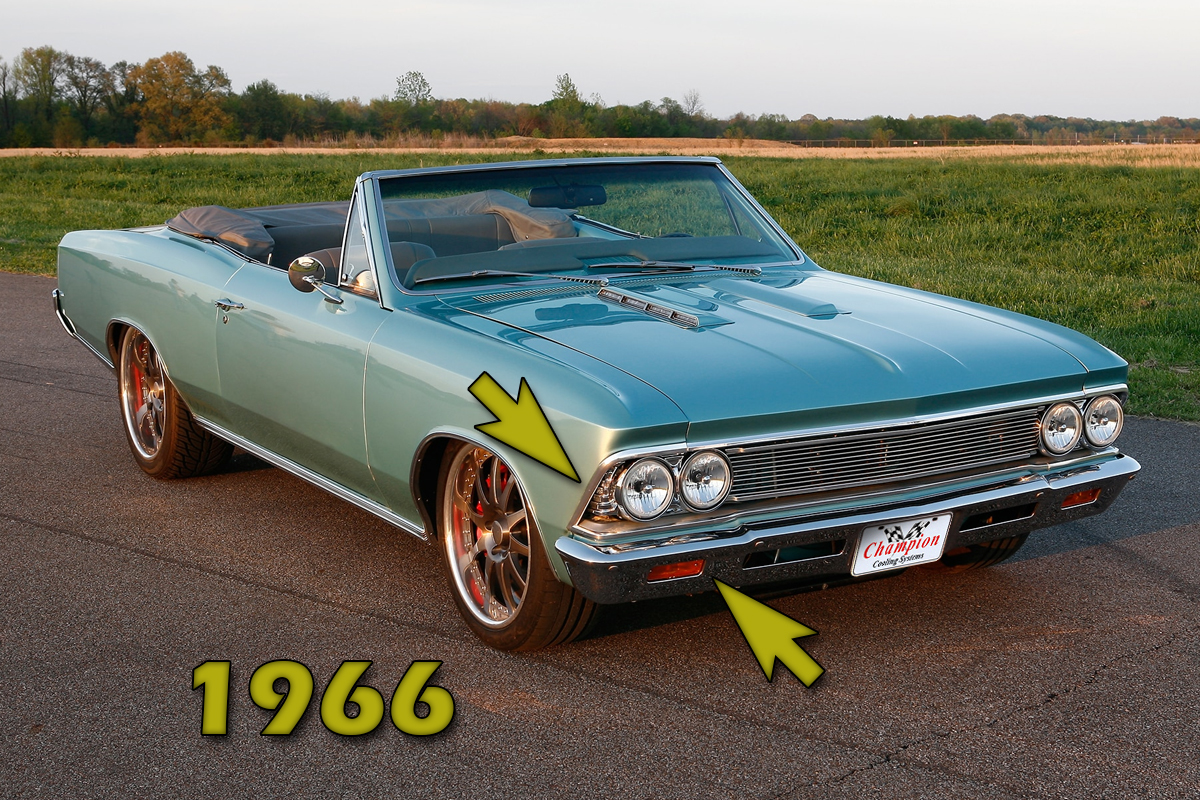 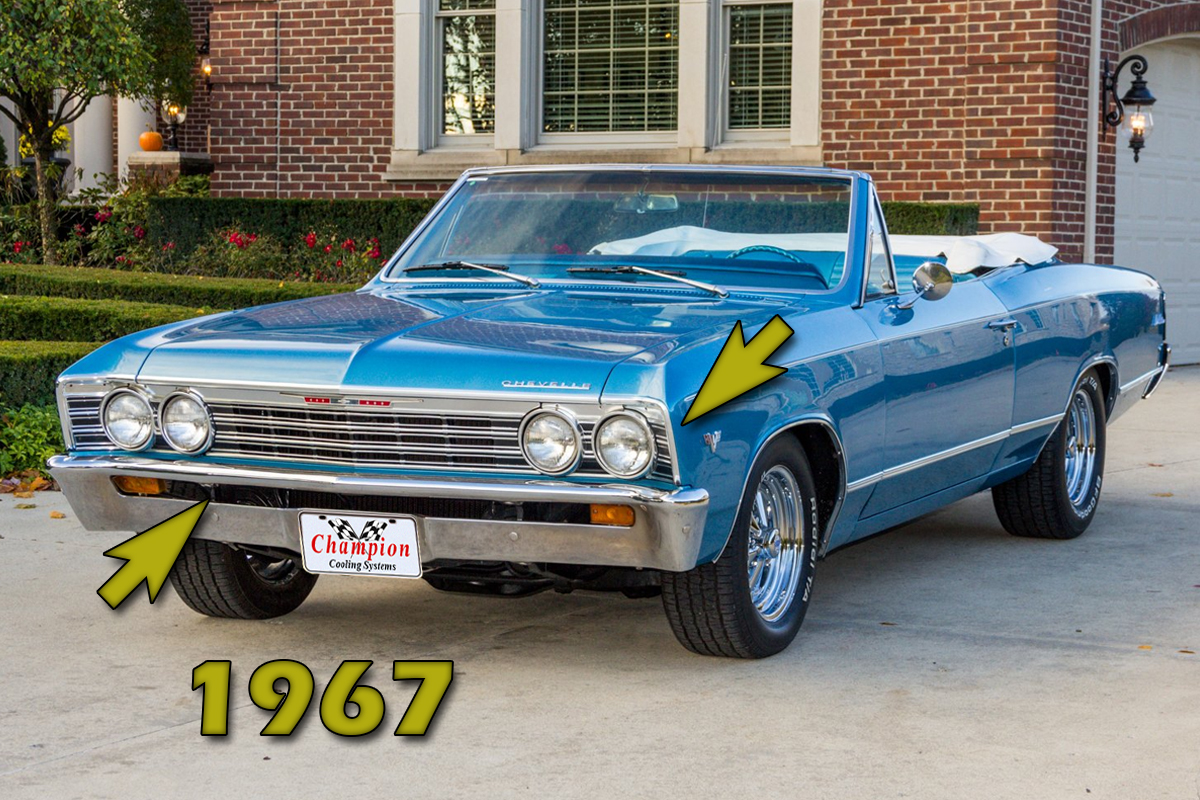 From the front, the 1966 Chevelle grille is angled back from top to bottom, giving the headlamps a protruded look, and for 1967 the lamps a little inboard and the fender line is near vertical. The bumper for 1966 has two slots, split by the license plate area, and for 1967 the slot goes all the way across the bumper and captures the turn signal lamps within. 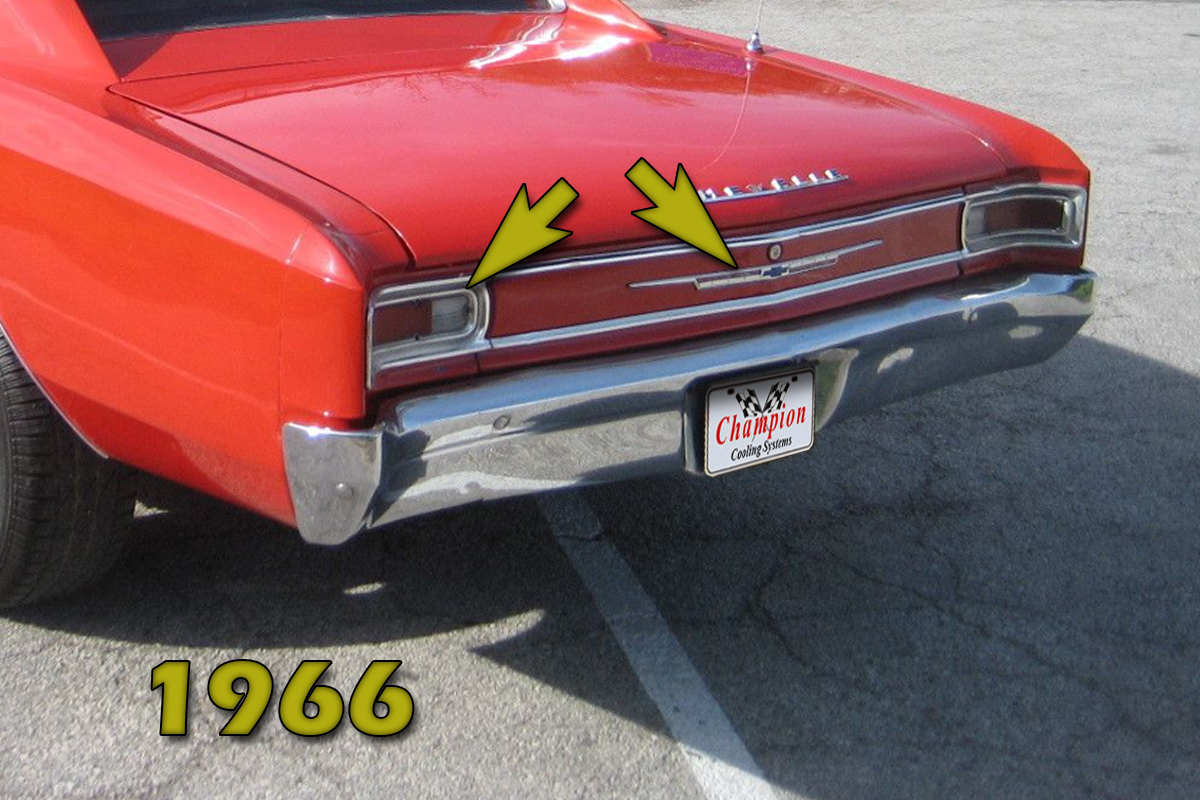 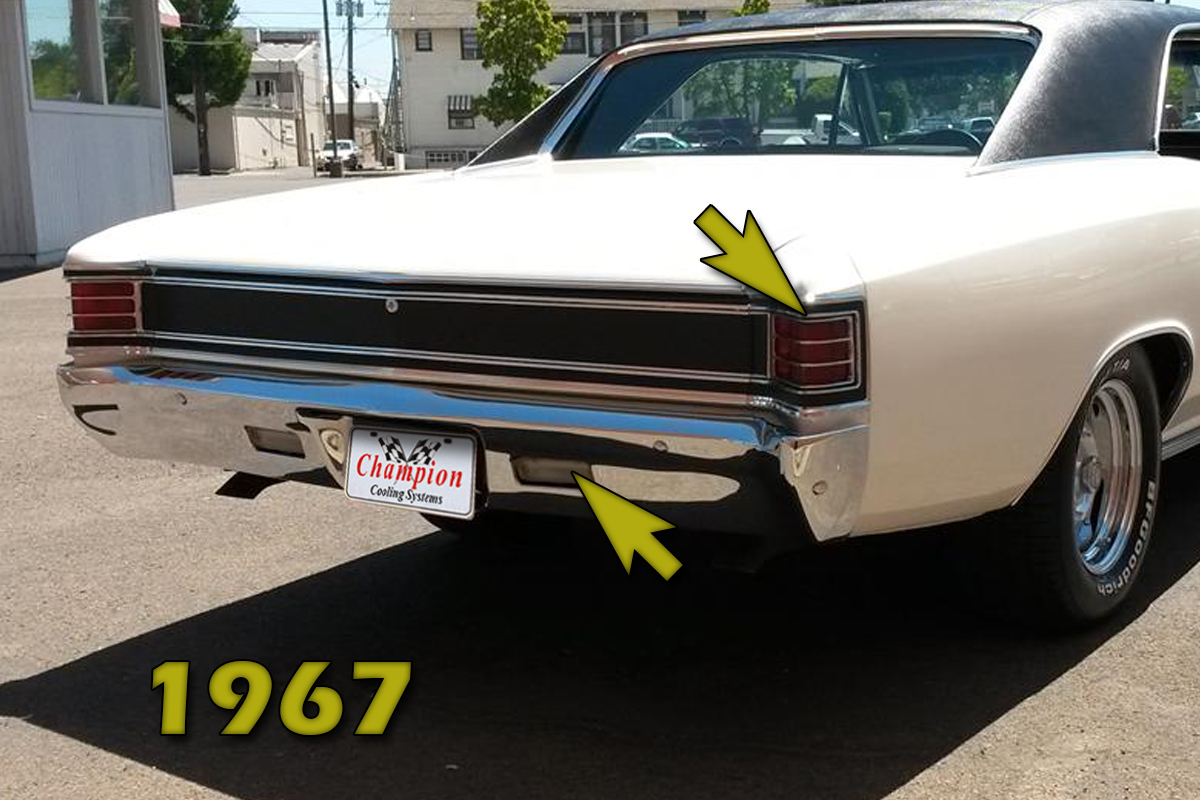 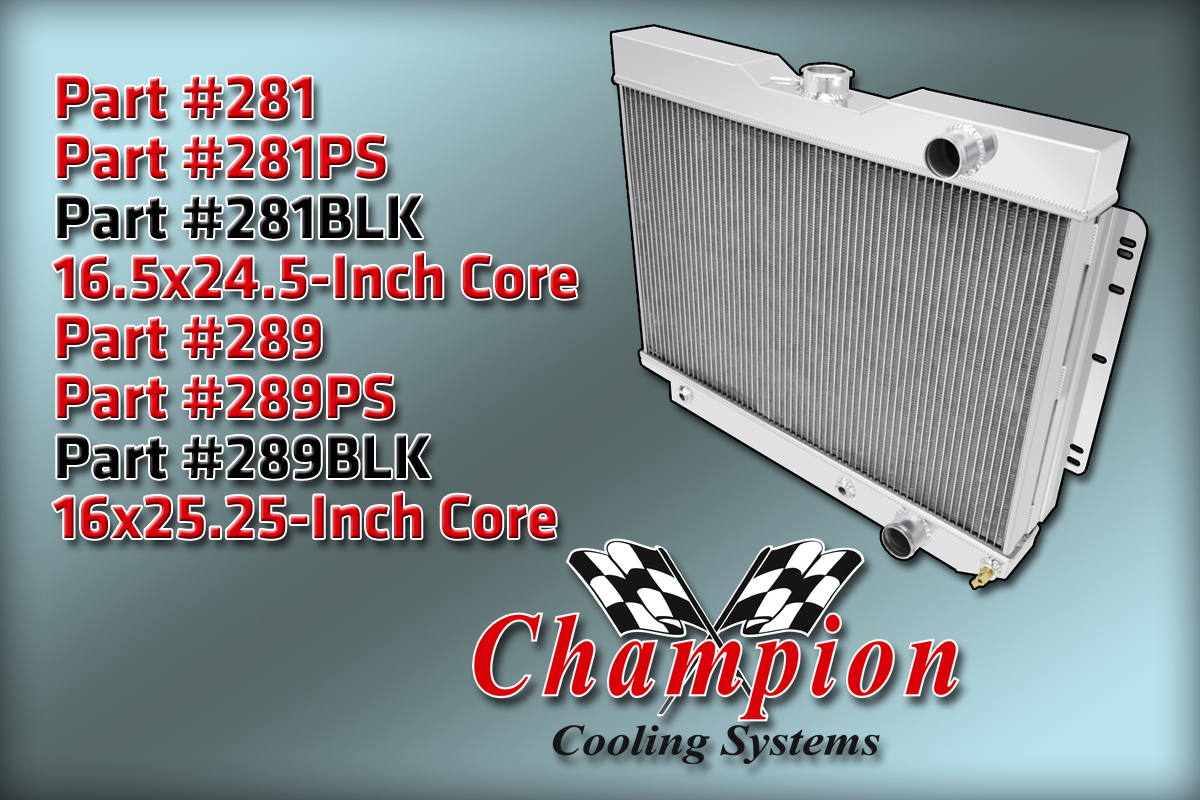 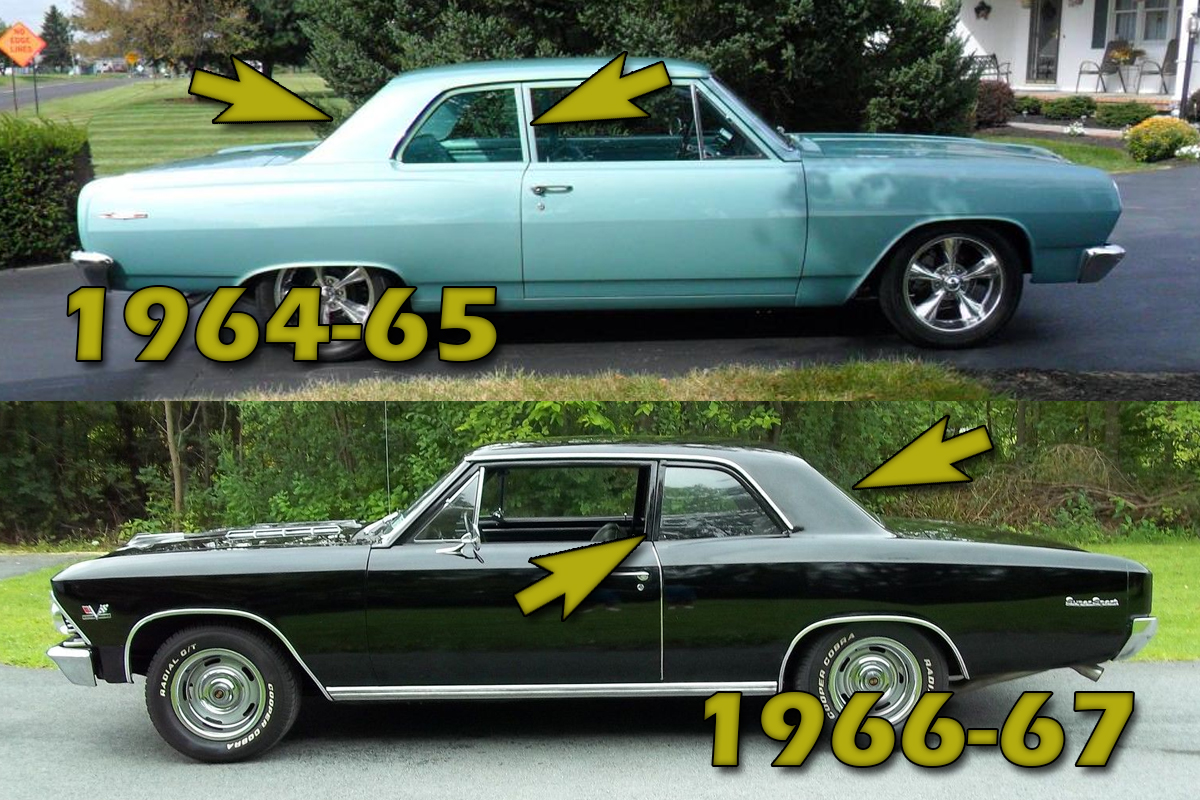 The Chevelle Series 300 is what you would call a “post” car, and you might not see many of them but they can be identified by the angle of the C-pillar, and the frame around the door glass and the quarter glass. The rest of the rules apply for 1964-1967, however. 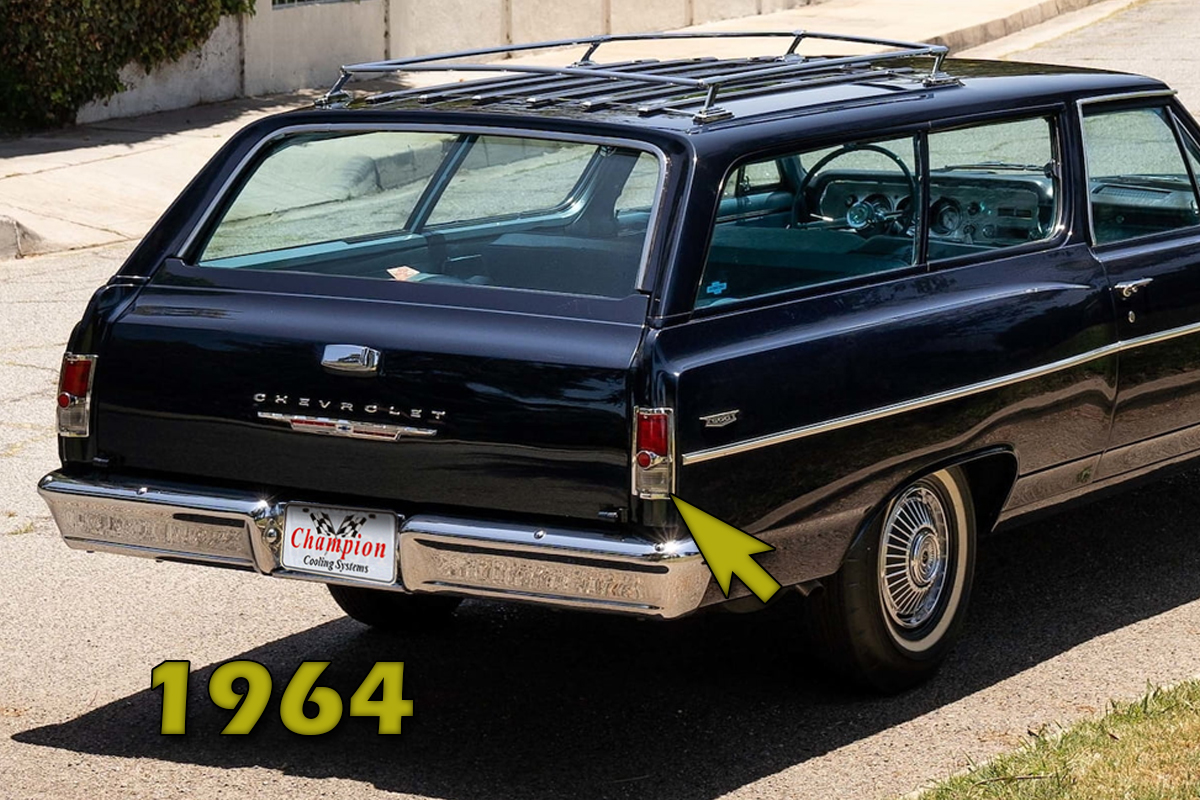 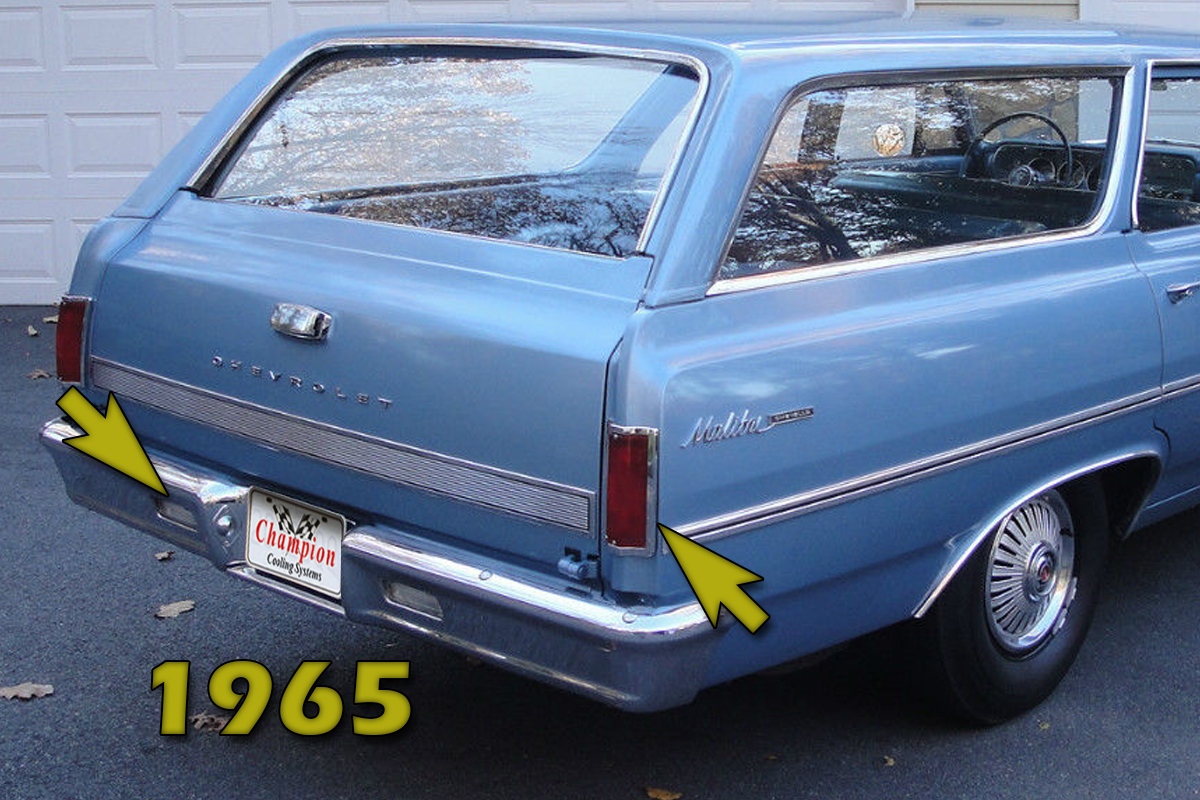 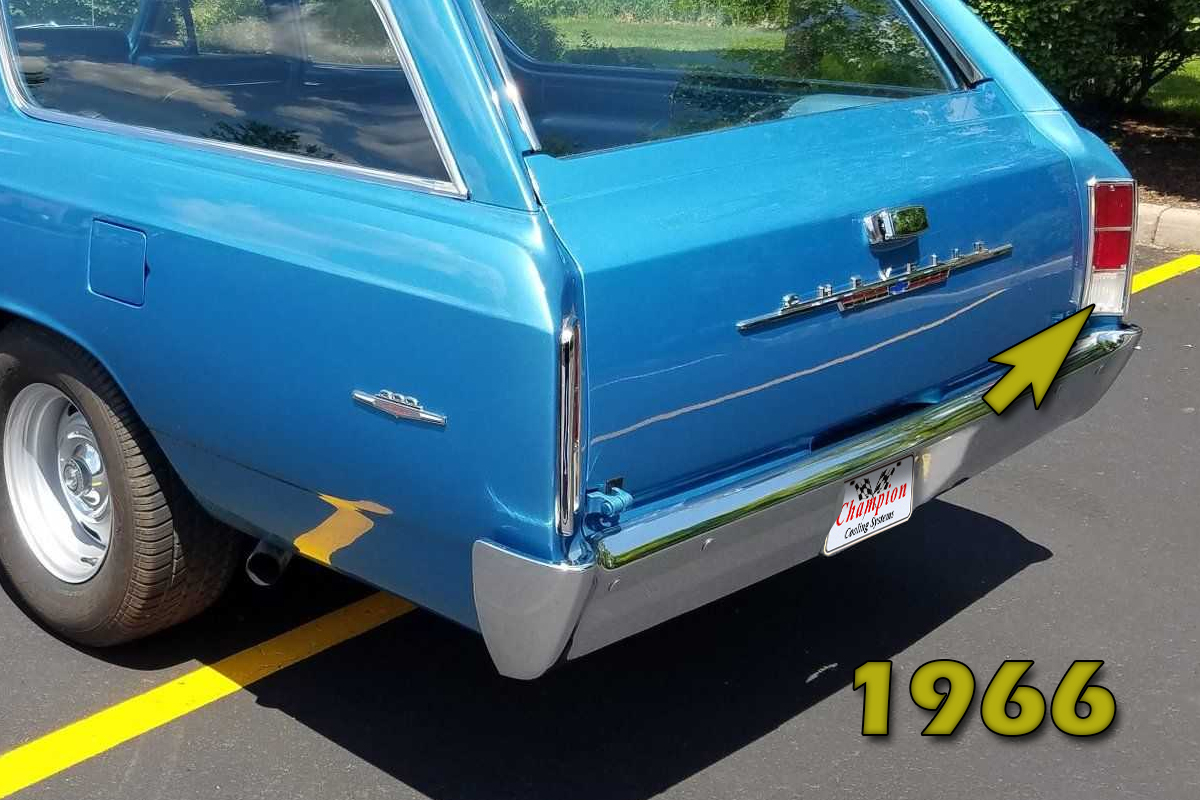 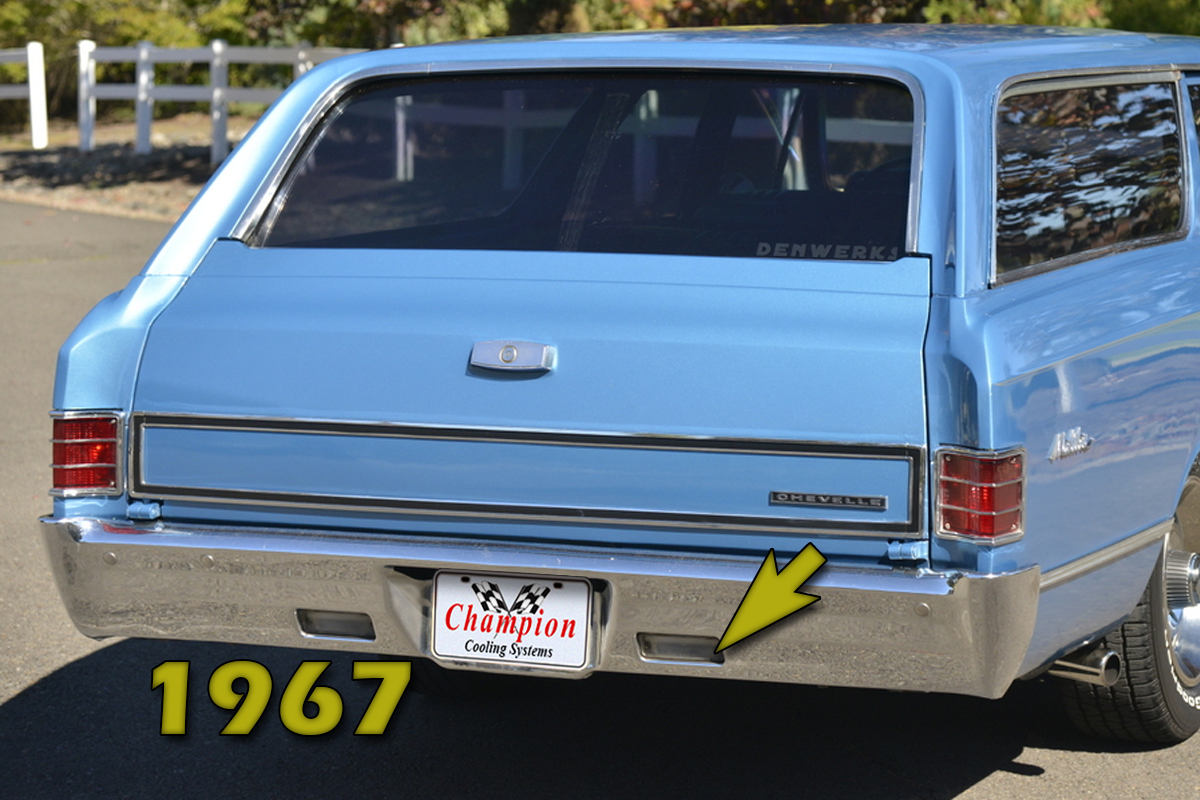 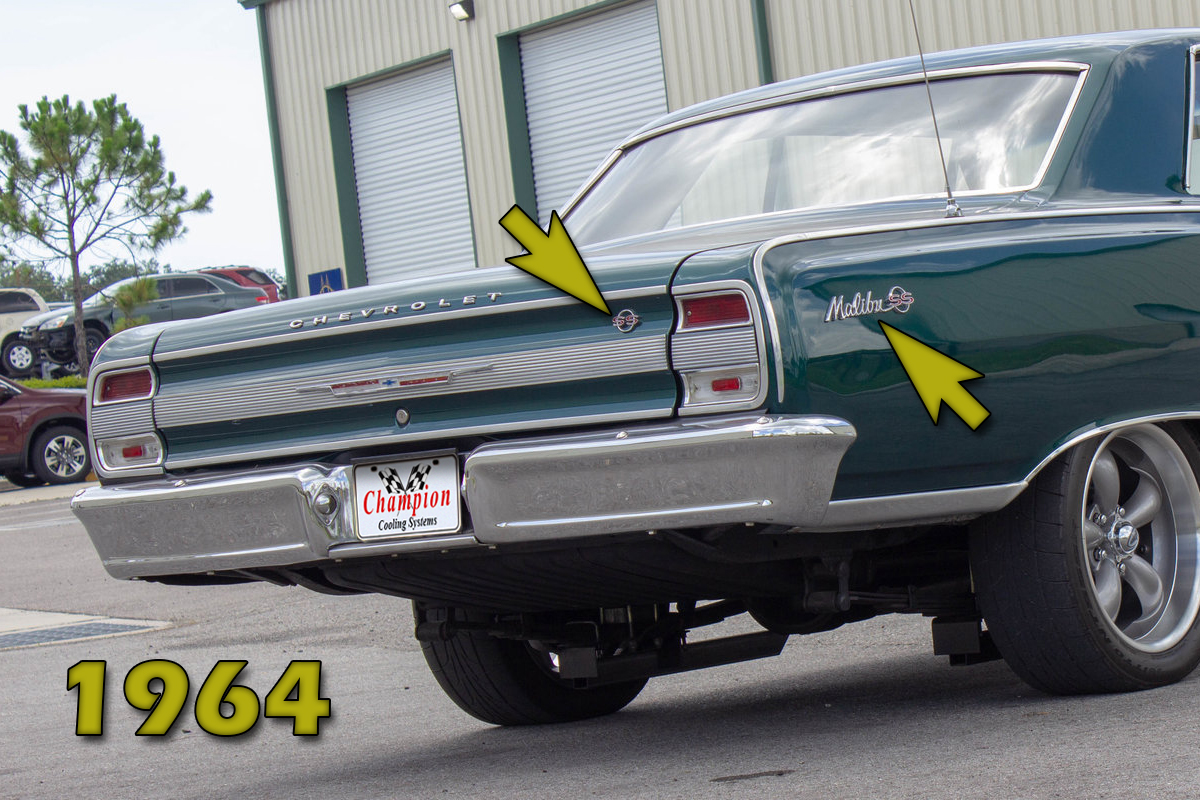 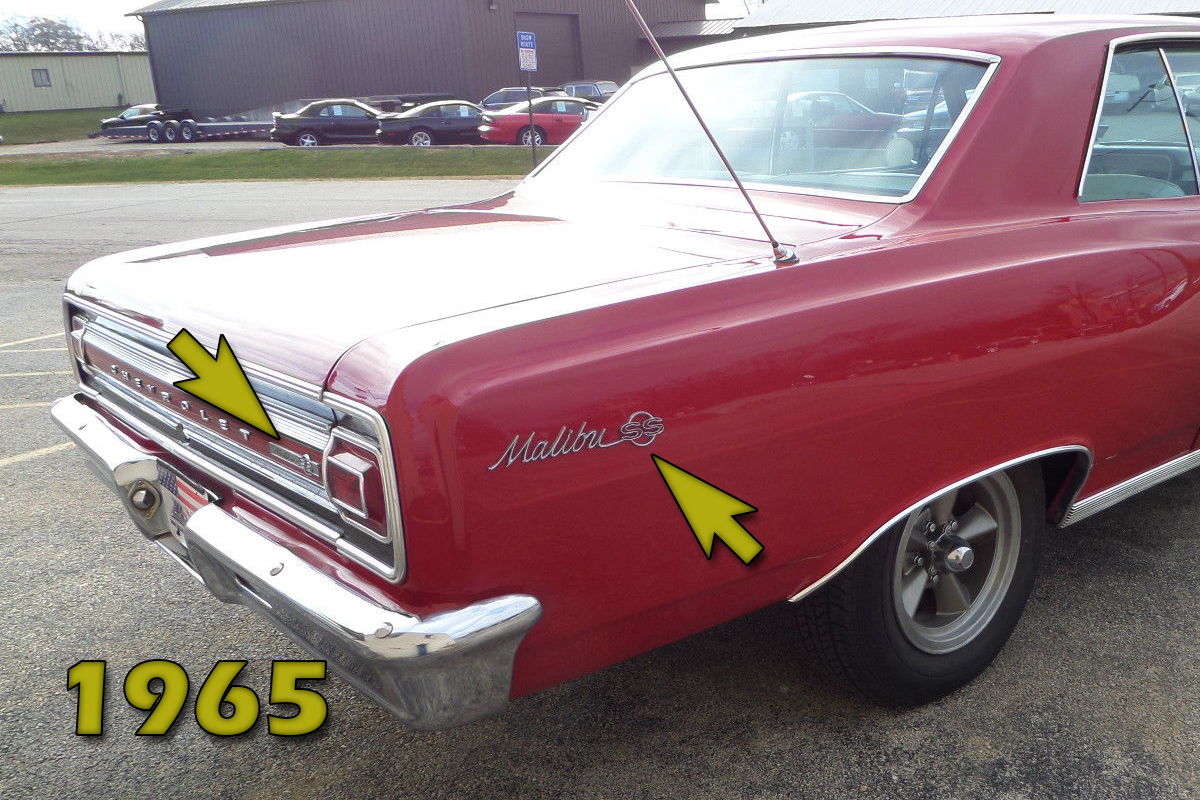 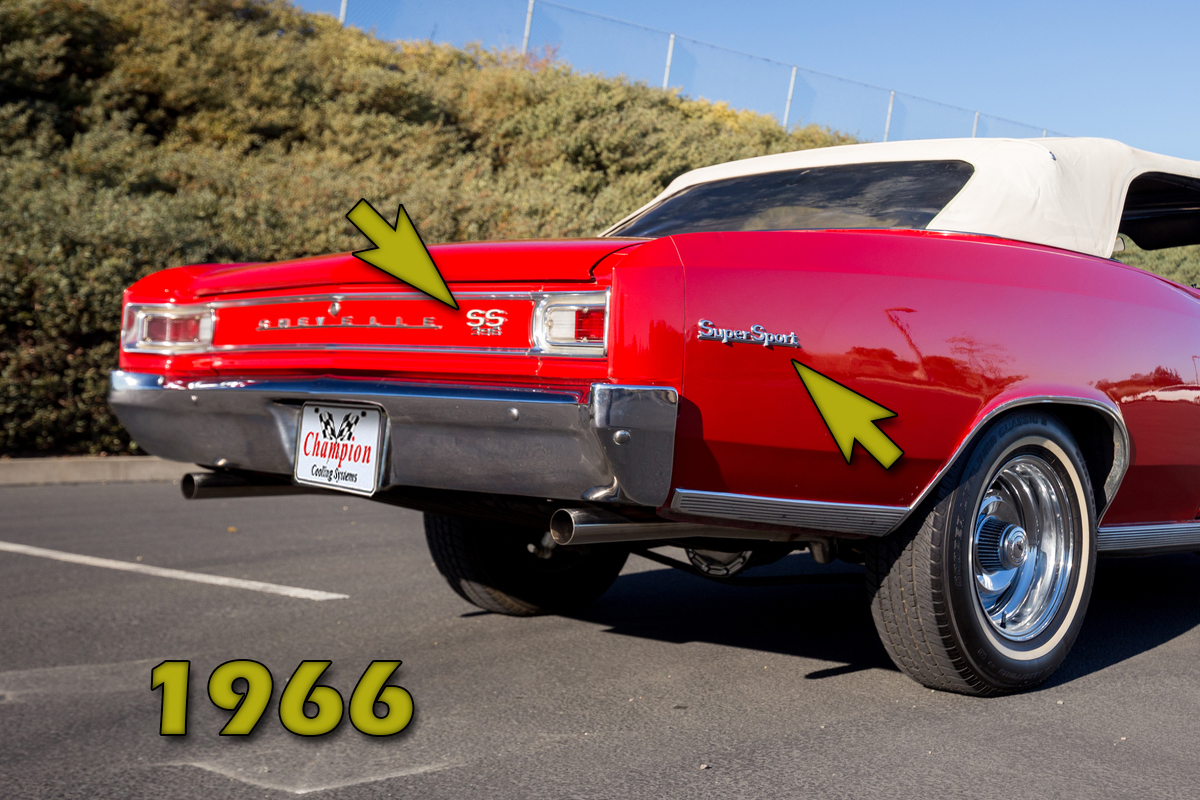 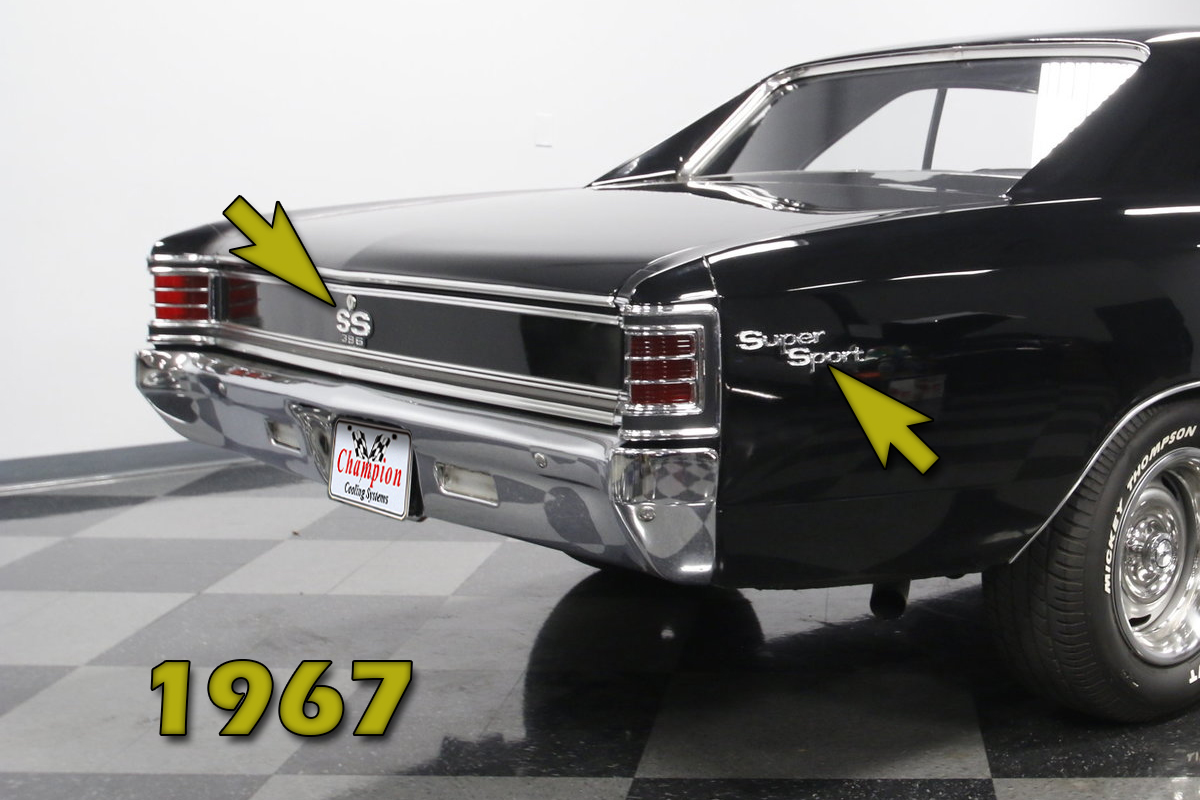 The Malibu and the Malibu SS follow the same rules as the coupe, above, and you’ll find that just about everyone with a coupe has converted their car to a Malibu SS because it’s quite simple to clone: just add a couple of emblems on the quarter panel and the grille, change some of the trim, and you’ve got a clone/tribute. The location of the SS emblems varies from year to year, but the headlamp and tail lamp treatments will get you to the right year for the Malibu and Malibu SS.

While this may not help you to become an expert with all versions and options on the 1964-1967 Chevelle, hopefully our Spotters Guide will help you to distinguish what year the Chevelle is, and with some of the cues on the Malibu and Malibu SS models you might be able to spot the clones from the real thing.