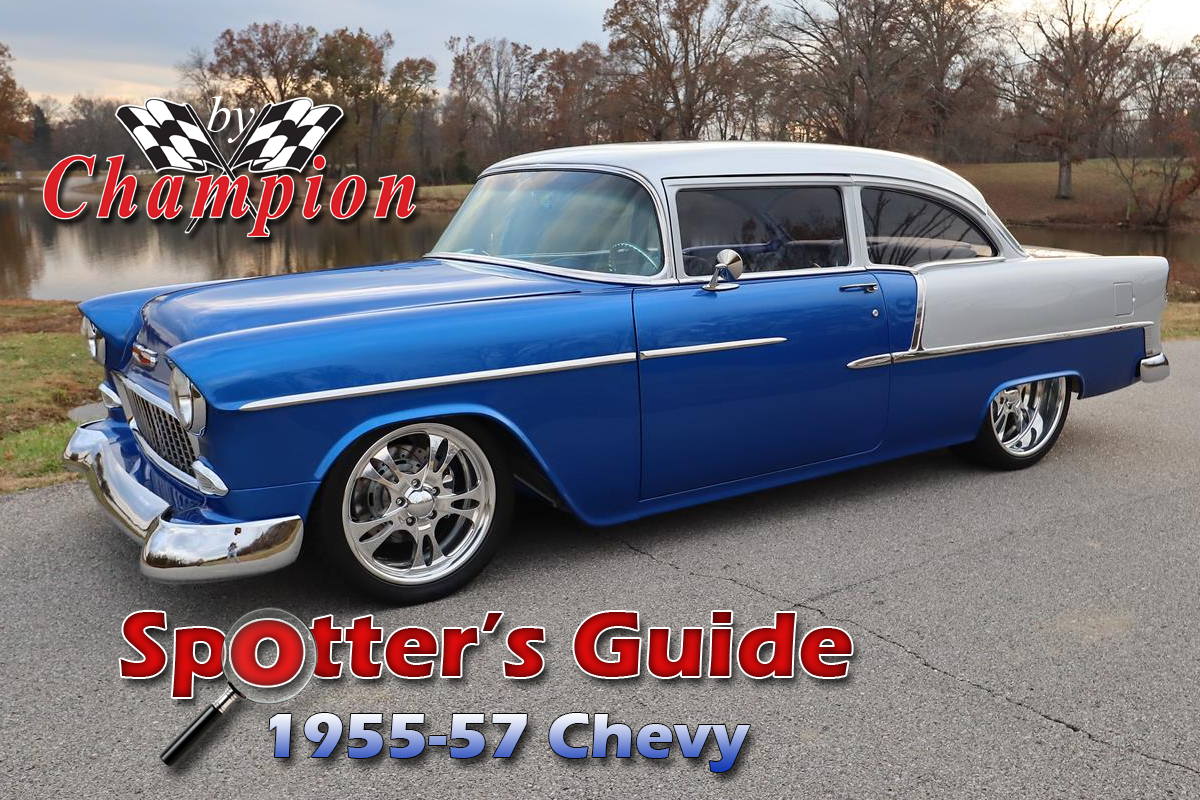 That Grille Says It All 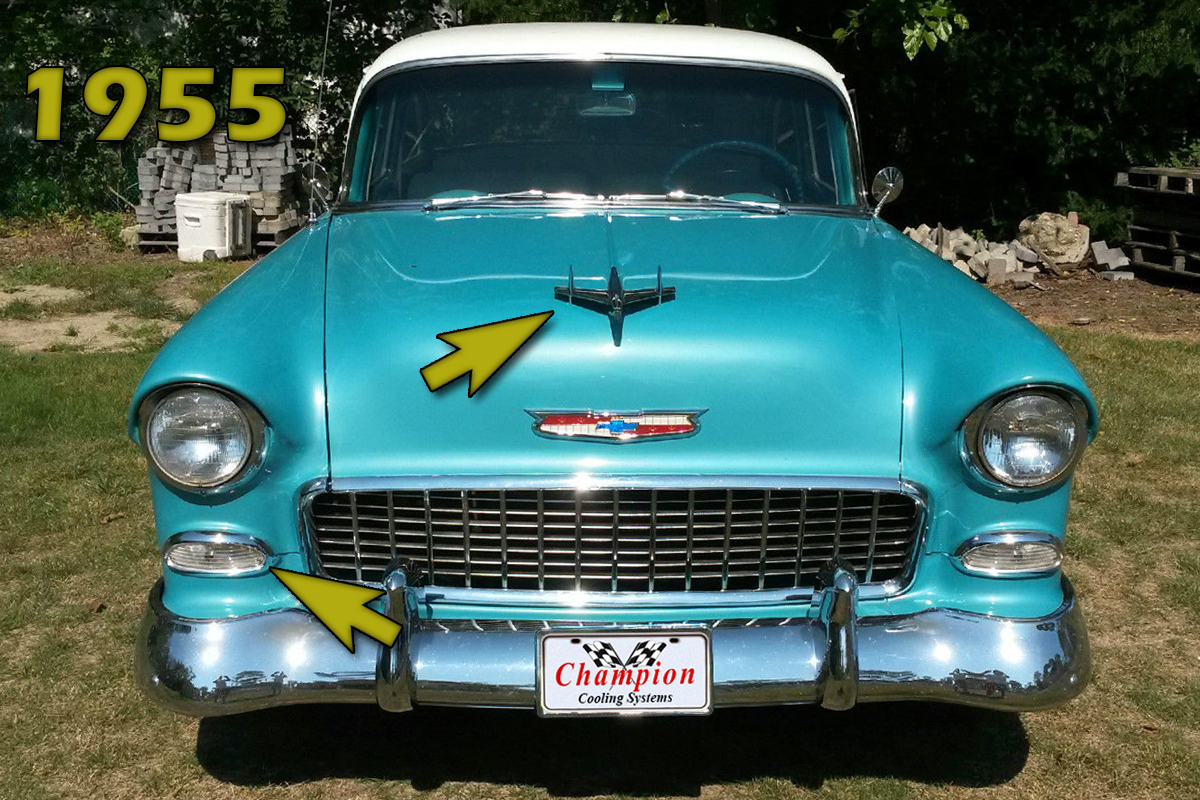 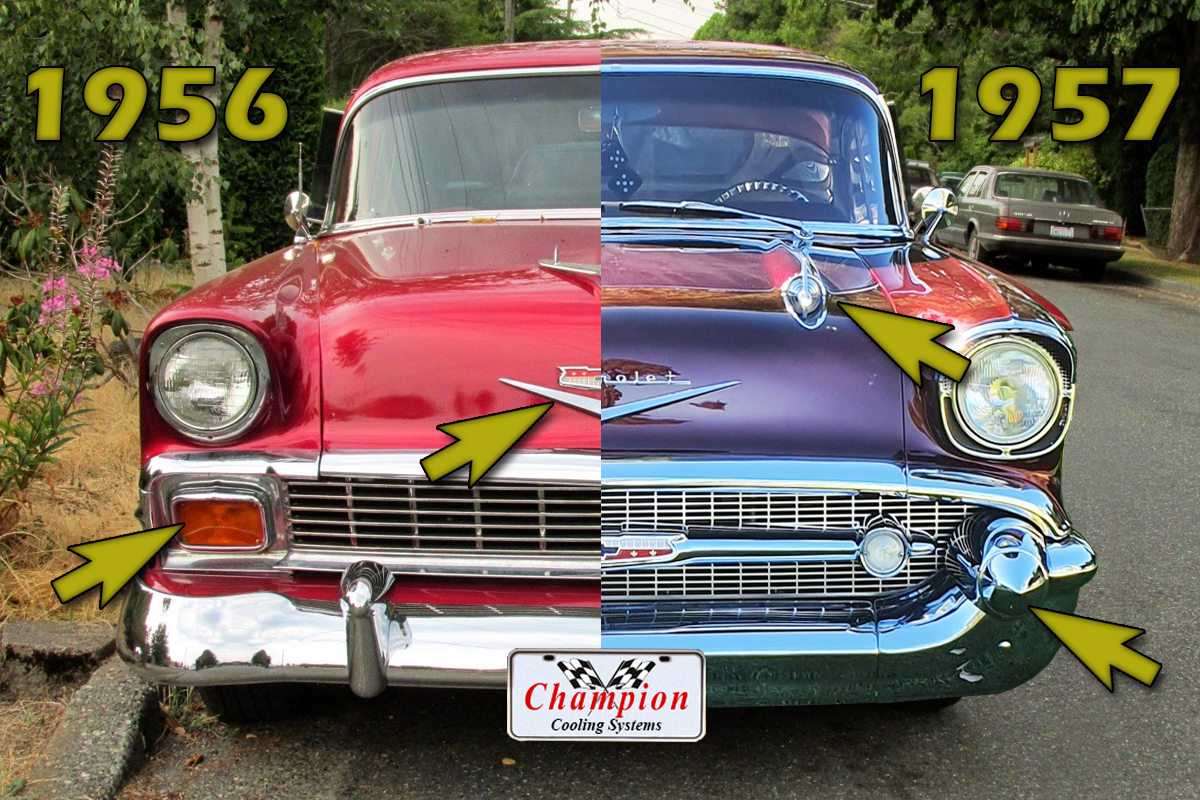 The 1955 is probably the one year that very few people have a problem with identifying. The grille is separate from the front turn signals, making it the only year of the three that does this. The 1957 is very specific, as well, with that huge grille that extends down to the bumper, filling the front end with chrome.

But the 1956 is the one year that creates confusion sometimes. That’s the one they call the ‘tweener’, because it’s similar to both the ’55 and the ’57 – it’s right in between.  The simple aspect of the grille that identifies the ’56 are the huge, square-ish signal lamps encompassed within the grille, where the ’57 has round signal lamps and huge round bumperettes.

Both ’55 and ’56 have a smooth hood, but the ’57 has a pair of ‘Rockets’ that make that hood specific to that year. The emblems and chevrons on the hood vary, as well as the plane that is on the top center of many ’55-’56 models. 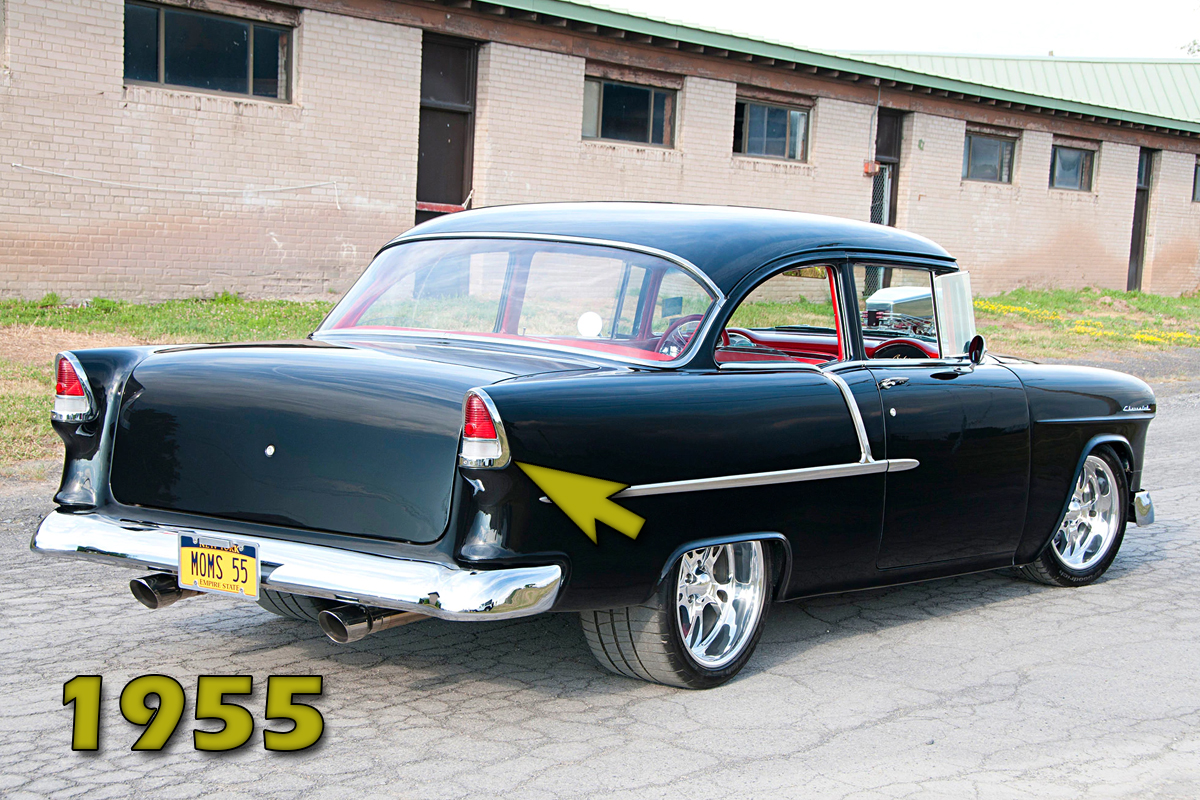 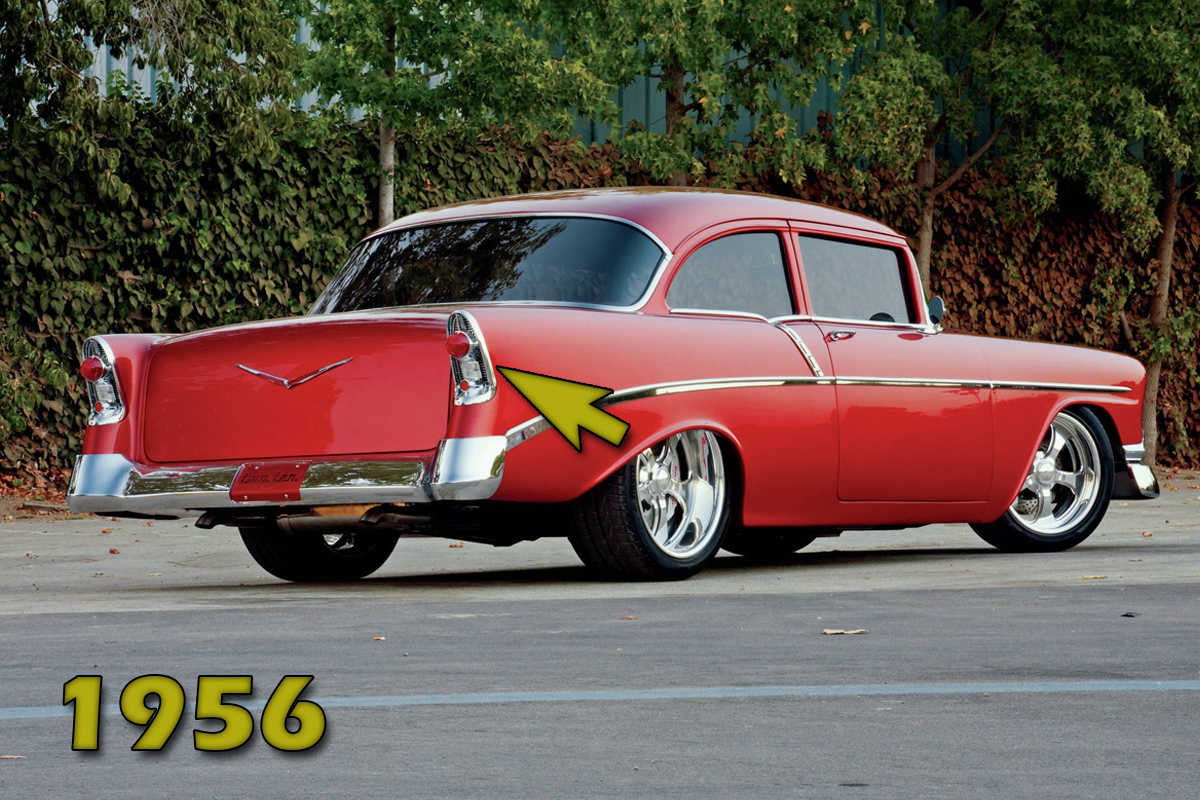 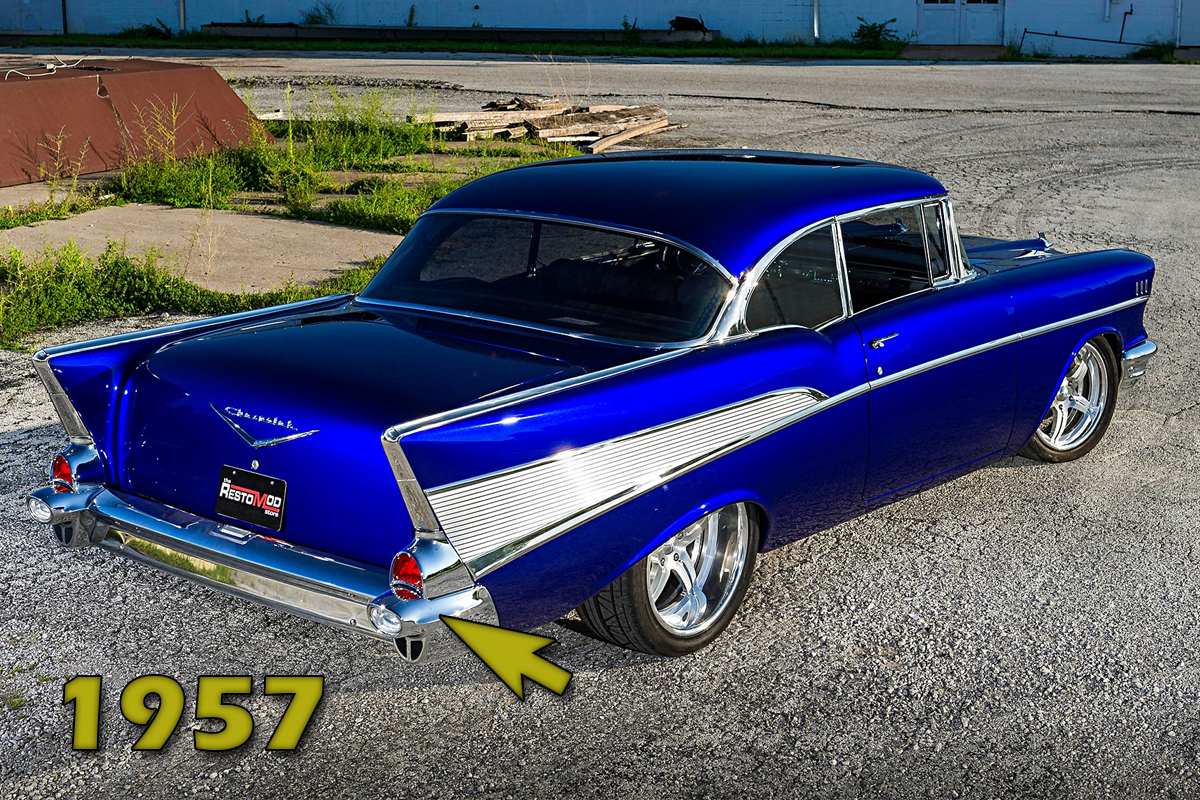 As with the front end, the 1957 Chevy is the one with the unique treatment. The high fins that come to a point, and the bumper-mounted rear lamps accentuate the ’57, making it an easy one to distinguish. The 1955 tail lamps are a little smaller than 1956, incorporating the reverse lens with it. For 1956, a bullet-type lamp showed up.

While the fuel door on the 1955 is clearly seen on the left-side quarter panel, you might run into a Clark Griswald Family Truckster situation if you’ve never seen anyone fill up the fuel tank on the ’56 and ’57 – because the fuel filler is hidden. On the ’56, it’s right behind the left tail lamp, and on the ’57 the fuel door is the tail molding, and it pops open to reveal the fuel door. 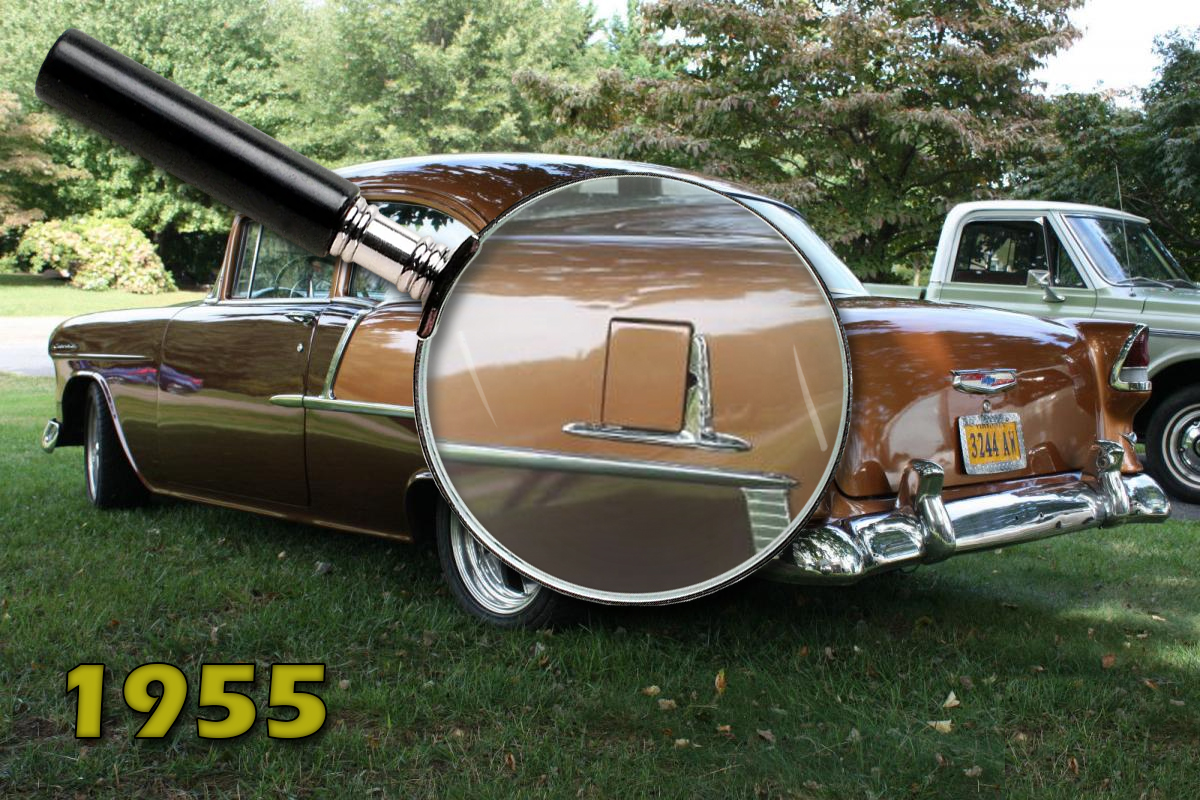 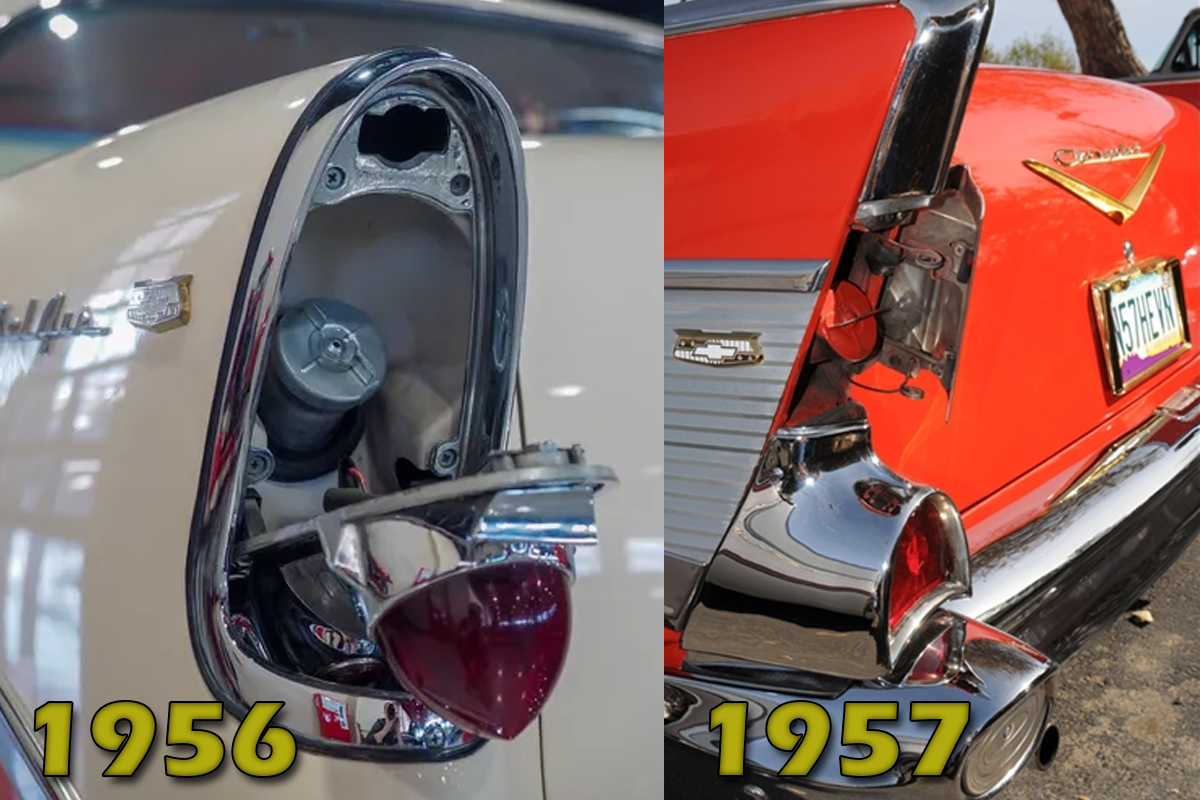 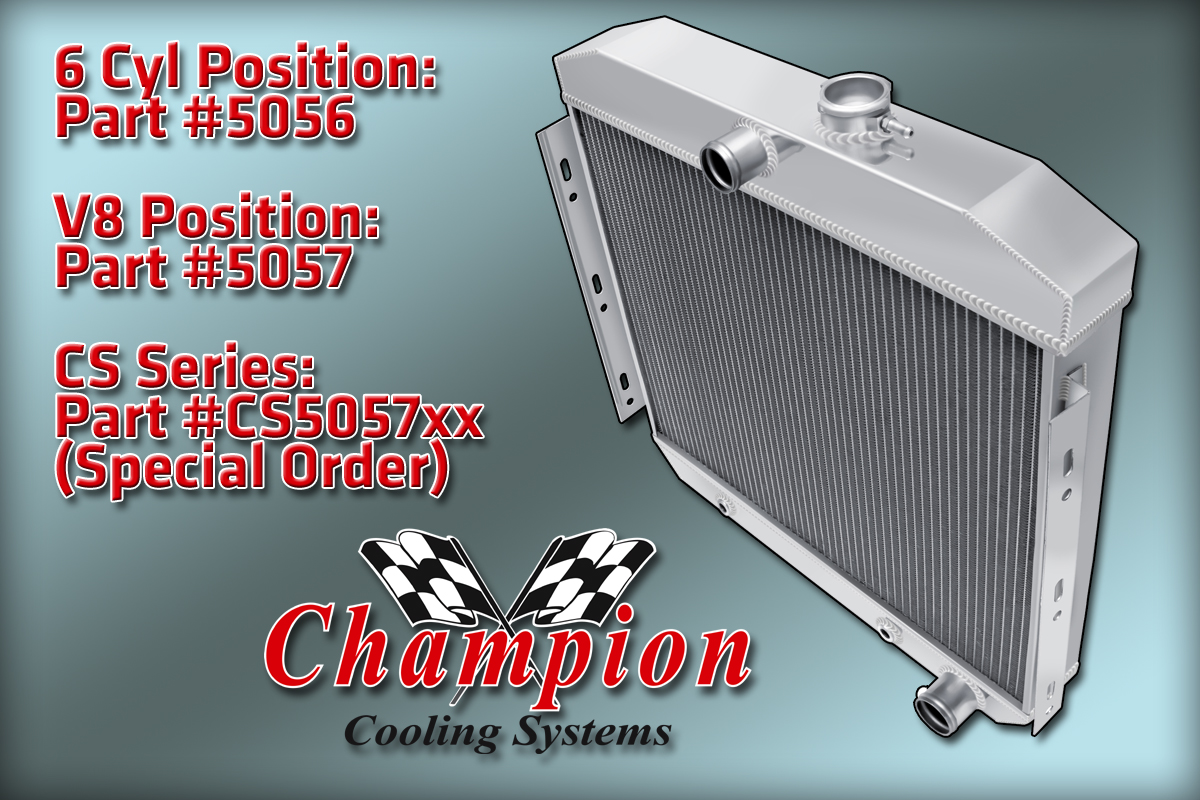 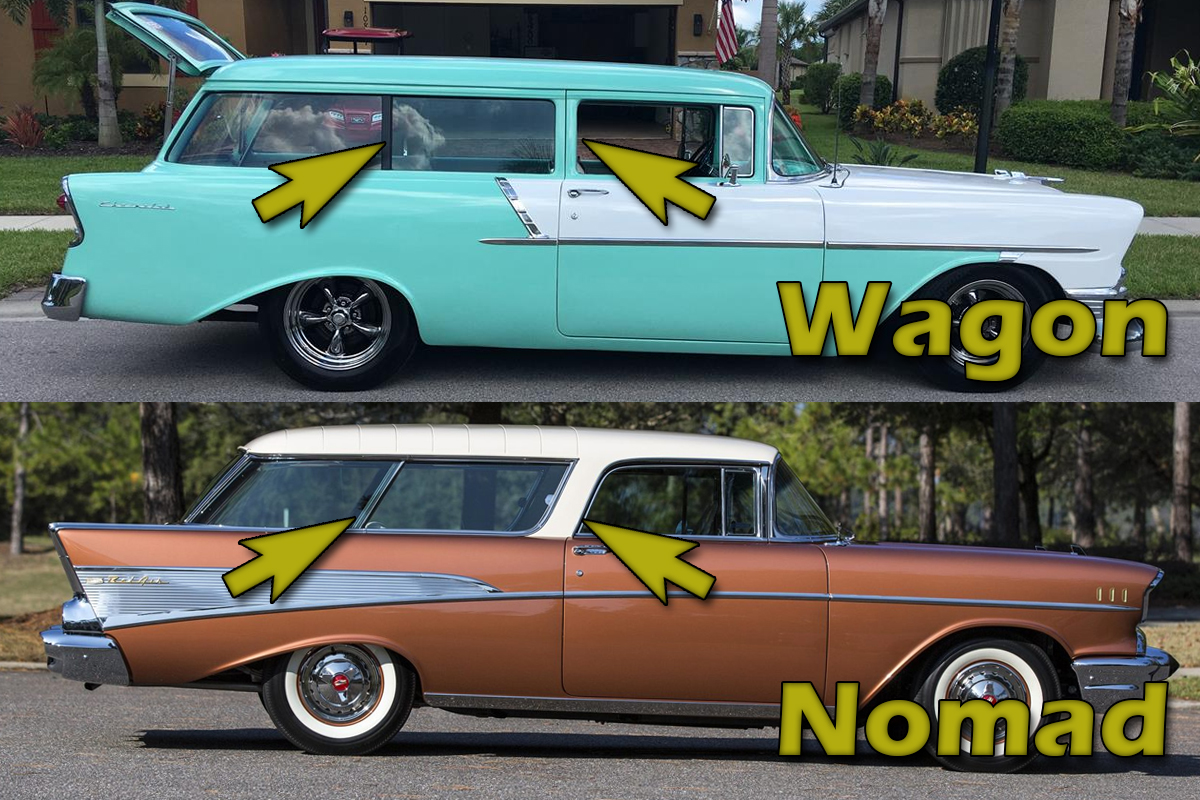 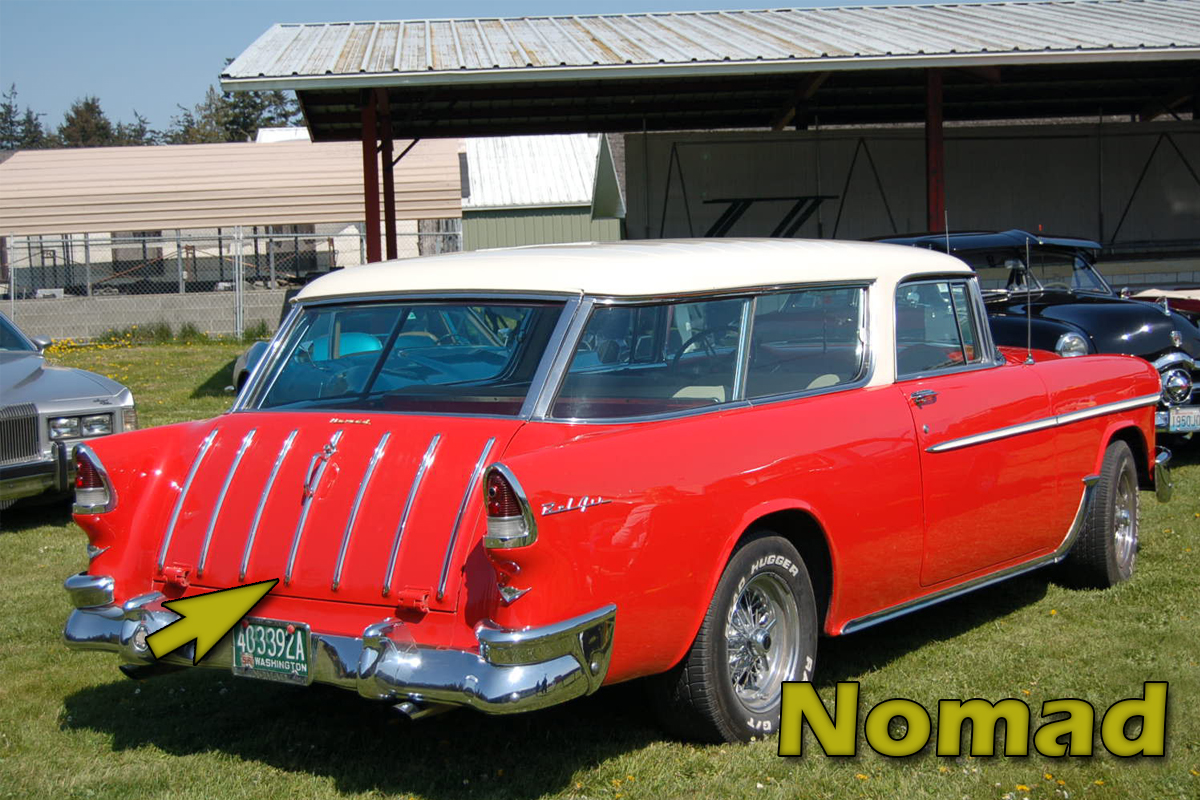 For the Tri-Five, there were a couple of wagons available, but the most sought after is the Nomad. All of the wagons follow the same rules for the front end treatment and rear lamps, but only the Nomad has a little more style, and was only available as a two-door model.

The easiest way to distinguish a Nomad from the side is to look at the side pillars, they’ll have an aggressive pitch to the B, C, and rear pillars, where the standard wagons will have vertical pillars. The easiest way to tell a Nomad from the back is the tailgate: it has seven vertical moldings and also has a bit of an aggressive pitch to match the pillars. 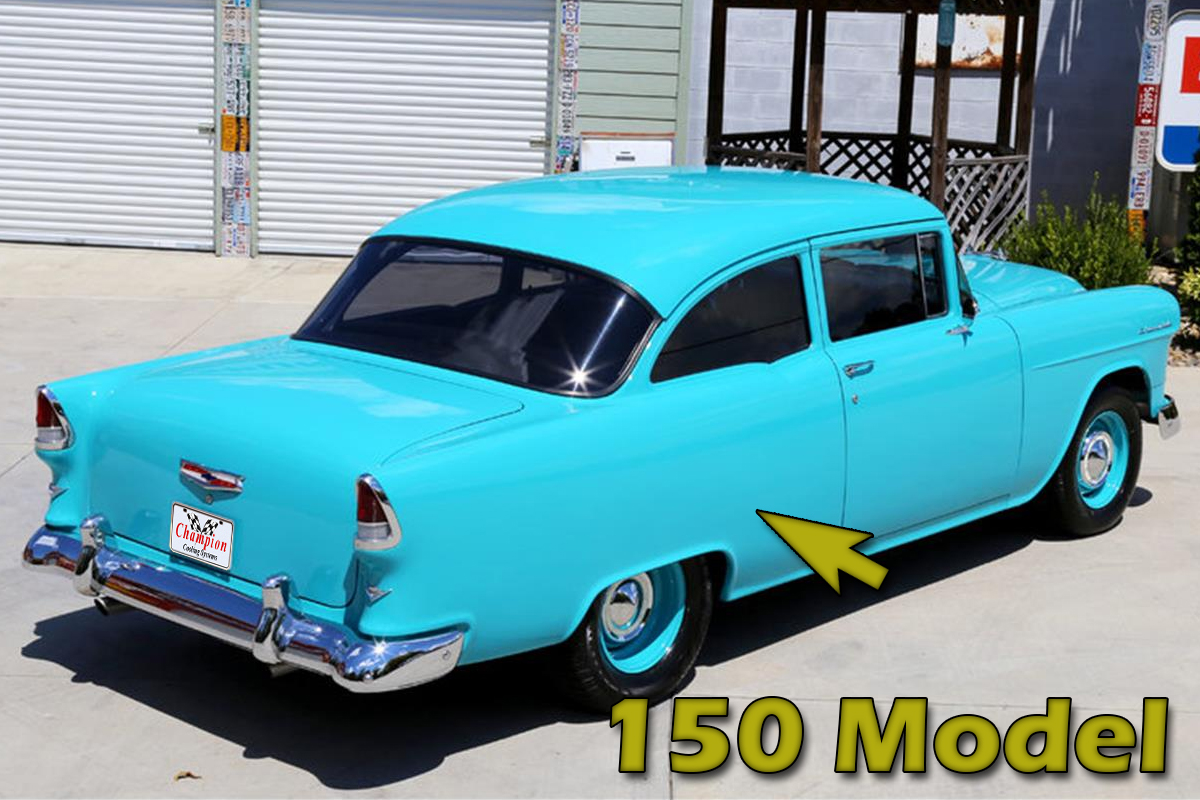 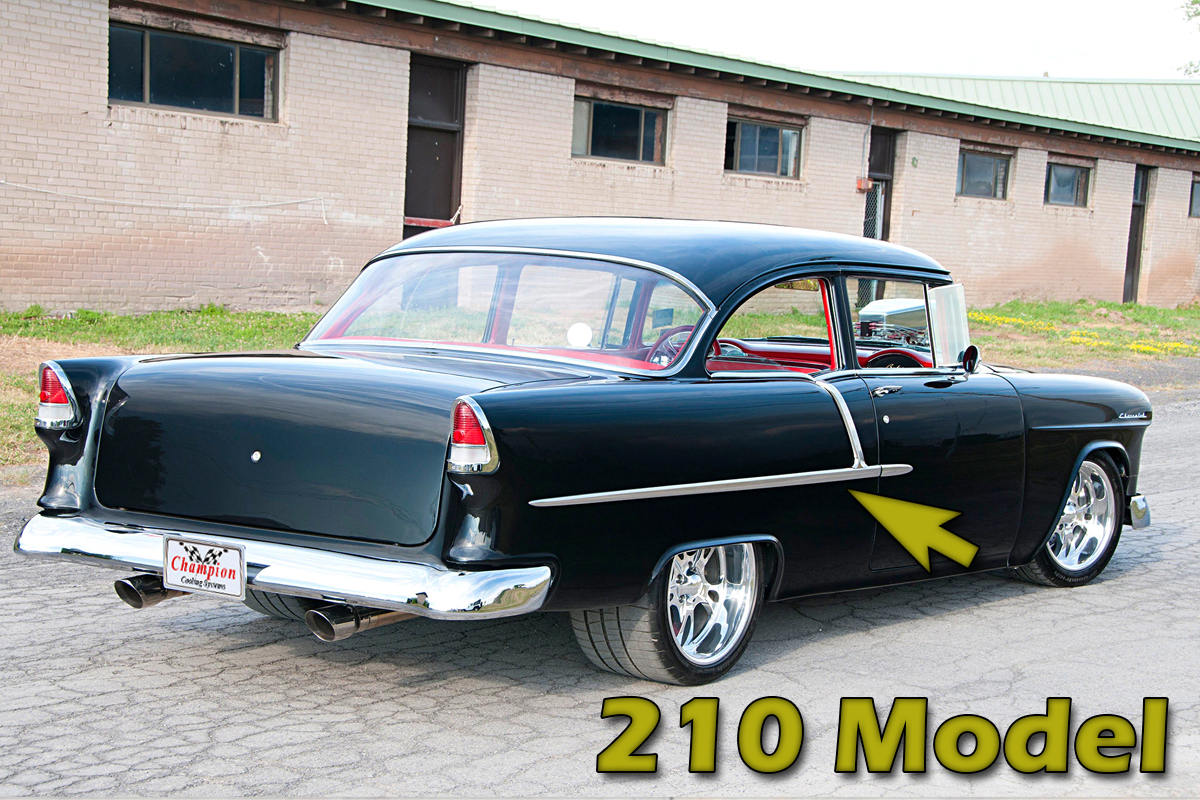 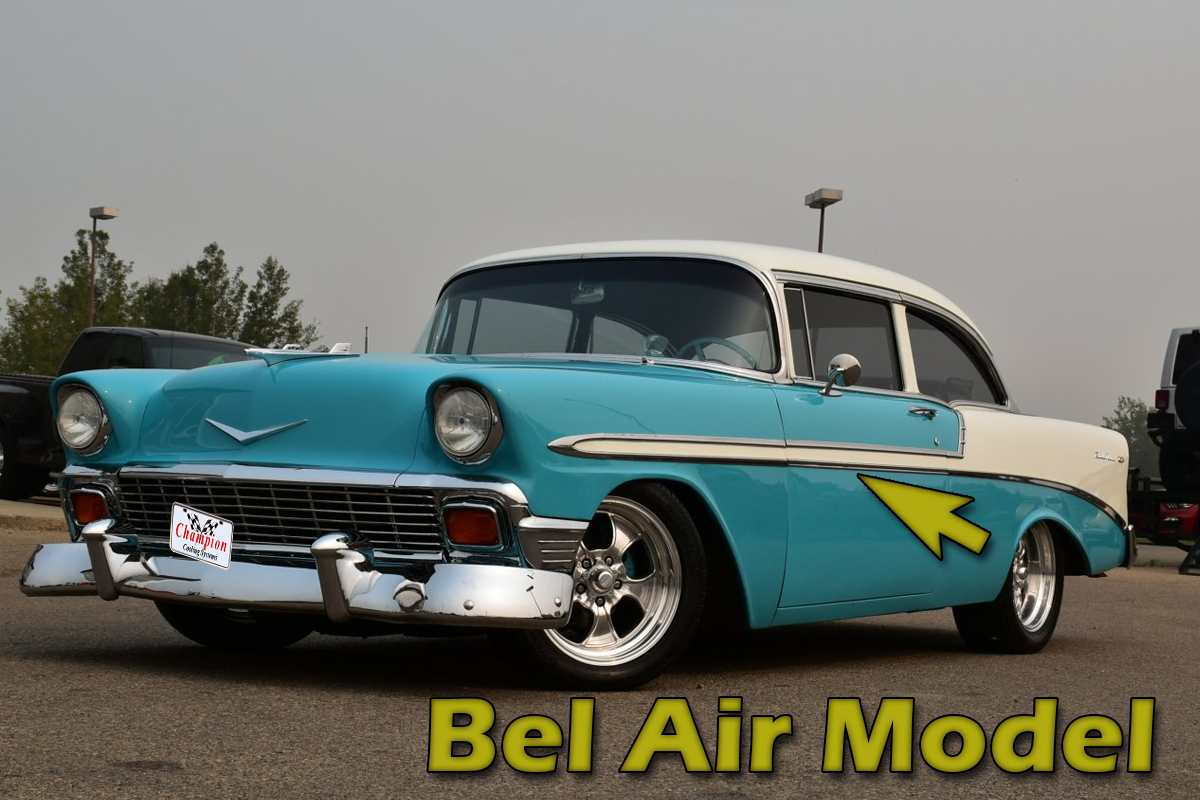 Like many other cars that started life as a lower-priced, or base model, the Tri-Five is no different, and with a couple of exceptions it’s not too difficult to transform a 150 into a 210, or even a Bel Air. But to narrow it down, the 150 was the base model with no side trim at all; the 210 was between the 150 and Bel Air, with trim behind the front door only; and the Bel Air had trim all the way down the side, from front fender to the quarter panel.

While this may not help you to become an expert with all versions and options on the Tri-Five Chevy, hopefully our Spotters Guide will help you to distinguish what year the Chevy is, and how to spot a real Nomad.